Beijing doubles after US sails through waters 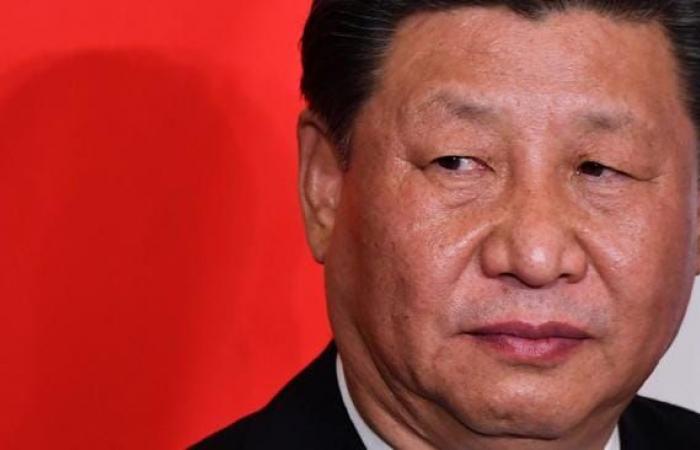 Beijing doubled its claim of total control of the South China Sea and swarmed warships and planes around a US destroyer as it sailed through international waters over the weekend.

“We urge the US side to immediately stop such provocative actions and to strictly administer and control its sea and air force operations so as not to cause contingencies,” warns a Chinese military spokesman.

The guided missile destroyer John S. McCain crossed the South China Sea and passed near the controversial Paracel Islands on Friday. It is the third such mission since June.

The warship’s presence is part of the ongoing Freedom of Navigation campaign in Washington to maintain what it calls standard practice. Post World War II maritime law defines the South China Sea and the Taiwan Strait as international waters. This enables unrestricted traffic by commercial, private or national vessels.

Although Beijing has signed the International Law of the Sea (UNCLOS), it ignores it.

Chinese People’s Liberation Army (PLA) Colonel Zhang Nandong told the Communist Party-controlled Xinhua news agency that Beijing is calling for the end of the US as a “blatant shipping hegemony and military provocation” that “seriously violates China’s sovereignty and security interests and promotes peace the stability in China seriously endangered “the South China Sea”.

In July Beijing accused the US of “sailing the world like a tyrant” after the aircraft carriers USS Nimitz and USS Ronald Reagan exercised in the region.

Now, Zhang has accused Washington of sending his warships to “demonstrate his power and severely violate China’s sovereignty and security interests.”

He warned of tougher measures, stating that Beijing would take “all necessary” measures to ensure its national security.

Could be doing right?

Since taking control of the Chinese Communist Party (CCP) in 2012, Chairman Xi Jinping has doubled expansive territorial claims from the Himalayas in the east to the South and East China Seas in the west.

With the international diplomatic and economic crisis related to the COVID-19 pandemic, these disputes have intensified further this year.

China has expanded its military – especially the navy – dramatically in recent years. It has now reached a strength at which it can potentially face the dominance of the United States.

And that is exactly what Mr Xi could do when he ordered his fleet “to vigorously safeguard national sovereignty, security and development interests” earlier this year.

Washington, for its part, has also increased the pressure. For the first time, it has officially declared China’s territorial claims illegal.

“This is the time for China to give up the nine-dash line. It’s not working in his best interests, ”said East Asian Institute (EAI) military analyst Dr. Li, recently at a conference on international affairs.

But, he said, Mr. Xi’s nationalist rhetoric may have cornered China.

“What really drives Chinese foreign policy is less public opinion than the dynamism of institutions,” he added. “If China really decides to modify the nine-dash line … I don’t think the PLA will like that.”

The Paracel Islands are the only islands so far that have been the subject of a Chinese military invasion.

These islands between Vietnam and the Chinese province of Hainan were the scene of a violent clash in 1974. The status quo was that the eastern paracels were controlled by Beijing and the west by Hanoi.

Then the Vietnamese Navy discovered that troops from the Chinese People’s Liberation Army (PLA) had set up a beachhead in the western part of the island chain, which led to an armed intervention. Beijing dramatically escalated the clash and overwhelmed the Vietnamese armed forces with an amphibious assault using combined arms.

The waters around the islands continued to be the scene of clashes between fishing and coastguard fleets. Several Vietnamese fishing boats have been rammed and brought on board in recent months.

In July, Hanoi accused Beijing of violating its sovereign waters while conducting immense naval drills in the region, which further exacerbated tensions.

“The islands of Xisha (Paracel) and Nansha (Spratly) are Chinese territory. Vietnam’s allegation is in violation of international law, including the United Nations Charter and the United Nations Convention on the Law of the Sea, and is illegal and invalid, ”said Spokesman Zhao Lijian at a press conference in April following a formal protest by Vietnam at the United Nations.

In 2016, however, a United Nations international arbitration tribunal found that China’s claims were unfounded and without historical justification.

That being said, China insists that its supposed sovereignty makes it illegal for foreign military personnel to send ships and planes through these waters without permission.

This has led Washington to take a much tougher line: “Beijing’s claims to offshore resources in most of the South China Sea are completely illegal, as is its bullying campaign to control them,” Secretary of State Mike Pompeo said in July.

The United States and many other nations defiantly abide by the law of the sea and continue the free and open access to the South China Sea that has existed since the end of World War II.

Washington enforces these rights through its Freedom of Navigation Operations (FONOPS) as defined by the USS McCain on the weekend.

Beijing is trying to gain control of the region by building artificial island fortresses on the Paracel and Spratly Islands and using its coast guard to escort fishing fleets into the economic zones of the surrounding nations.

These were the details of the news Beijing doubles after US sails through waters for this day. We hope that we have succeeded by giving you the full details and information. To follow all our news, you can subscribe to the alerts system or to one of our different systems to provide you with all that is new.