The Tunisian president pledges to work for the success of the... 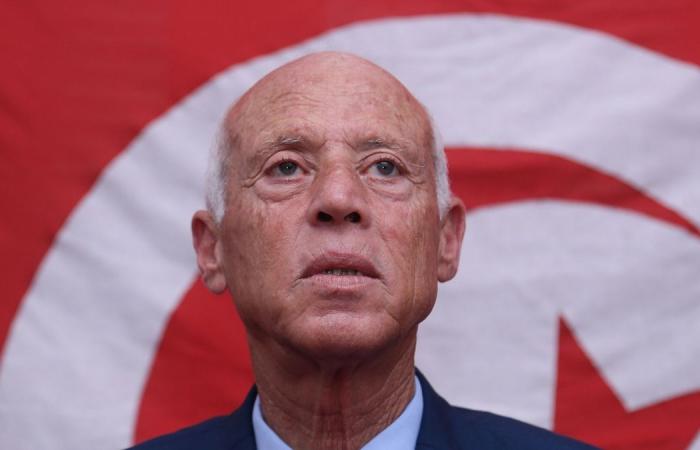 Tunisian president confirmed Kais SaiedToday, Monday, his country is ready to put in place all the necessary material and human resources to contribute to the success of the Libyan dialogue sessions, which are expected to be held in Tunisia in early November.

While receiving an envoy United nations To Libya, Stephanie Williams, Saeed expressed his satisfaction “at the culmination of a path of coordination and consultation between Tunisia and the United Nations Support Mission in Libya, by choosing Tunisia to host this important meeting in which all the Libyan parties will meet; In order to resume the political process, ”he says.

Said stressed “the constants of the Tunisian position to solve Libyan crisis According to an approach based on the unity of Libya, rejecting foreign interference and finding a Libyan-Libyan solution, ”stressing that“ Tunisia is not in competition with any party whatsoever, and that the desired goal is to find a peaceful settlement of the crisis in this brother country, ”as he put it.

The Tunisian president reminded of all the efforts made by his country to bridge the gap in viewpoints in order to reach a political settlement to the crisis in Libya, noting that this dialogue falls within the framework of the Tunisian approach to the solution in Libya.

Saeed expressed his great optimism about the future situation in Libya, which he said deserves a better situation than it is today.

For her part, the UN envoy, Stephanie Williams, briefed the Tunisian president on the most important outcomes of the dialogue rounds emanating from the Berlin track, and made a presentation to him about the arrangements that the United Nations mission is making in preparation for the upcoming dialogue sessions in Tunisia.

She also offered her thanks and gratitude to the President of the Republic and Tunisia for supporting the mission’s work, and for the great willingness that she sensed from it to make this dialogue a success, she said.

Williams referred to what she sensed of “the sincere will of the various Libyan parties; For the sake of achieving national reconciliation, “considering that the dialogue that Tunisia will host is a real opportunity to achieve progress in the political process, according to her assertion.

Last Saturday, Williams officially announced that Tunisia will host the expected Libyan talks during the month of November.

And diplomatic sources told “Erm News” that Geneva Dialogue The decision to be held between the Libyan sects, which will discuss the formation of the new Presidency Council and the government, is officially decided to be transferred to Tunisia, for logistical reasons, mainly related to some of the obstacles that faced members of the Libyan delegations, regarding obtaining entry visas to Switzerland.

The location of the upcoming talks has not yet been determined, but the sources suggested that they will be on the island of Djerba, southeast of Tunisia, near Libyan borders.

Williams indicated, in a statement, that the resumption of the talks comes based on Security Council Resolution 2510 of 2020, which adopted the results of Berlin conference Concerning Libya, it was held on 19 January.

These were the details of the news The Tunisian president pledges to work for the success of the... for this day. We hope that we have succeeded by giving you the full details and information. To follow all our news, you can subscribe to the alerts system or to one of our different systems to provide you with all that is new.