Floods in Southeast Asia leave at least 20 dead and thousands... 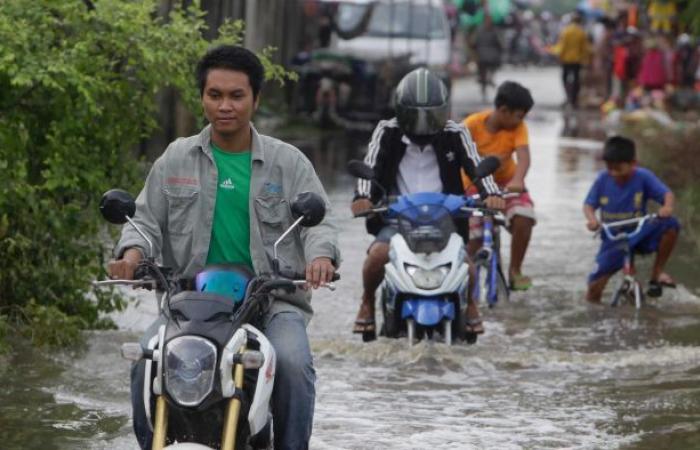 More than two dozen people were killed by flooding in Southeast Asia, with more missing and thousands of homes being flooded as tropical storms struck the region.

In the past week, at least 17 dead were reported in the central provinces of Vietnam, 13 are still missing and more than 30,000 have been left homeless.

On Monday morning, the military had mobilized more than 200,000 soldiers to help residents of the worst hit areas prepare for Typhoon Linfa, which landed south of Da Nang.

Across the border in Cambodia, at least 11 people have been killed by floods since the beginning of the month.

Seasonal rains were exacerbated by a tropical storm that caused flash floods in several provinces last week, said Khun Sokha, a spokesman for the National Committee on Disaster Management.

Ten people reportedly drowned in the flood and one was killed by lightning, he said.

Several hundred families had been evacuated to a higher level.

The footage, broadcast by Vietnam TV, showed fishermen being rescued by coast guards and helicopters when strong winds hit the central Vietnamese coast in the central province of Quang Tri.

According to a government report, floods have restricted food supplies for thousands of people, around 31,000 people have been displaced and more than 33,000 homes have been submerged and damaged by floods.

Vietnam is prone to devastating storms and floods due to its long coastline.

Natural disasters – floods and landslides triggered mainly by storms – killed 132 people and injured 207 others in the country last year.

These were the details of the news Floods in Southeast Asia leave at least 20 dead and thousands... for this day. We hope that we have succeeded by giving you the full details and information. To follow all our news, you can subscribe to the alerts system or to one of our different systems to provide you with all that is new.