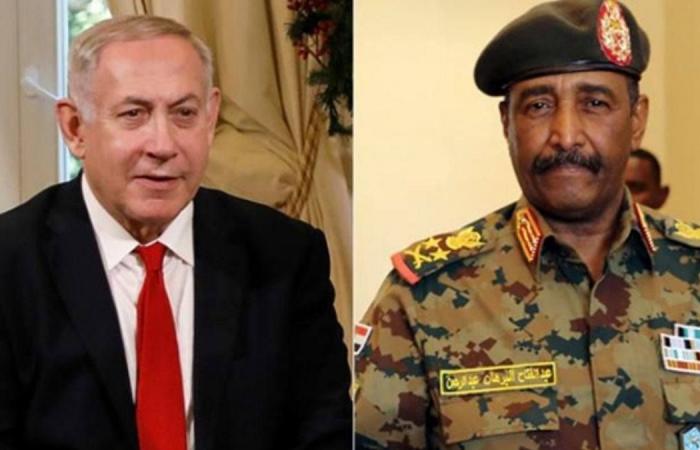 The head of the Fatwa Department authorized the Scholars Association SudanSheikh Abd al-Rahman Hassan Hamed, on Saturday, permitting normalization with Israel, based on legal evidence.

Hamid criticized a previous fatwa of the Islamic Fiqh Council in Sudan (an official body for fatwas), for the prohibition of normalization, indicating that the matter is a matter of legal policy, and has nothing to do with faith.

Hamid said, according to a circulating video, that “the principle of loyalty and innocence on which the council established its fatwa is specific to religion and not politics, so the issue of normalization is a matter of peace and declaring war.

He emphasized that “the person who is entrusted with making peace or declaring war, is the ruler,” adding that “if the ruler sees weakness in Muslims and sees an interest in concluding peace, he must do so in order to preserve the Muslims, as inferring the action of the Prophet.”

The head of the Fatwa Department at the Sudan Scholars Association stated that “reconciliation with Israel is the same as reconciliation with America, China and Russia .. It is true that Jerusalem has sanctity, but all Muslim countries have a sanctity as for Palestine.”

And he called for the necessity for religious scholars to read the reality, so that the jurisprudential judgment is consistent with it.

“Establishing relations with Israel will allow Sudan to benefit from its capabilities,” he said, adding that he “received an American promise to remove Sudan from the list of countries sponsoring terrorism.”

In an interview with “Sudania 24” channel last week, Hemedti said that Sudan needs Israel, and that what his country seeks is relations, not normalization, adding that they are moving in this direction without fear of anyone.

He stated that they seek the interest of Sudan while adhering to the rights of the Palestinian people to establish their state, referring to the normalization of several Arab countries with Israel.

On September 30th, members of the Islamic Fiqh Academy in Sudan issued a fatwa, unanimously, that normalization with Israel is not permissible in all areas.

Sudan is negotiating with the US administration to remove its name from the list of states sponsoring terrorism, in addition to normalization with Israel.

The talks conducted by the Sudanese delegation led by the Chairman of the Transitional Sovereignty Council Abdel Fattah Al-Burhan, and a delegation from the US administration in Abu Dhabi, last month, did not lead to final results regarding normalization between Khartoum and Tel Aviv.

The United States of America included Sudan in the list of states sponsoring terrorism in 1993. For hosting the former al-Qaeda leader Osama bin Laden.

These were the details of the news Sudan .. Fatwa permitting normalization with Israel (video) – Erm News for this day. We hope that we have succeeded by giving you the full details and information. To follow all our news, you can subscribe to the alerts system or to one of our different systems to provide you with all that is new.