The Kingdom: Amending a number of laws to ensure equality between... 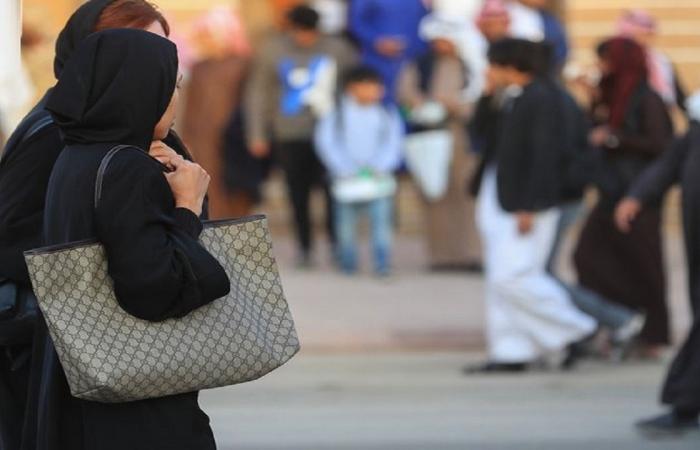 The Kingdom said that the field of women’s rights and the advancement of them is one of the areas with the most share of reforms and developments, and this is confirmed by the quantity and quality of measures taken in this context, and their results, and that among the most prominent of these reforms and developments is the amendment of a number of laws with the aim of strengthening women’s rights in various fields to ensure equality between Man and woman.

He pointed out that women have been able to access decision-making positions in the public and private sectors and have held important positions as deputy minister, ambassador, university director, and chairperson of the boards of a number of companies, and women’s participation in legal fields such as pleading in courts and working in the public prosecution has increased.

He indicated that many initiatives aimed at empowering women in the labor market have been launched in all regions of the Kingdom, including the “Qurrah” program to support the hospitality service for the children of working women, the “Wusool” program to support the transfer of working women, the “self-employment” program and “work for women.” After “which expands the circle of opportunities to increase women’s income and empower them economically,” and the “wage protection” program to secure a safe work environment in the private sector.

Muhammad Khashaan said, “The National Platform for Women Leaders has also been established, and many other programs and initiatives have been launched to train women leaders, and the Council of the Human Rights Commission has been reconstituted in 2020 with equal representation in its membership between men and women.”

He added, “A package of amendments was also issued to the bylaws and regulations that support the empowerment of women in the labor market, the most prominent of which was the amendment to the social insurance system to equalize the retirement age between women and men, the amendment that allowed the employee a 70-day full-salary maternity leave and other amendments. The unified organization of the work environment in the private sector establishments and laying down controls for employing male and female workers in all activities.

Muhammad Khashaan pointed out that the Kingdom has made remarkable progress in the field of promoting and protecting children’s rights by taking many measures that have contributed to strengthening the legal and institutional frameworks, including: The issuance of the Child Protection Law and its implementing regulations, which represent a comprehensive legal framework for the protection of those under age Eighteen years of abuse and neglect, and the Ministry of Justice’s generalization of the child protection system by adopting a minimum age for marriage and referring anyone who violates that to the competent court.

And he added: As for the institutional framework, the Family Affairs Council was established, which included several committees, including the Childhood Committee, and a child support line was established, which is a free and unified telephone line to support and support children, in addition to the establishment of a center to receive reports related to abuse, including abuse. Children, which includes physical and psychological violence, neglect, exploitation and the like.

Khashaan stressed that the Saudi Ministry of Health was keen, as part of the measures it took during the Covid-19 pandemic, on the safety and health of children, noting that the National Family Safety Program at the Ministry of National Guard, which is concerned with child protection, has provided multiple awareness programs through the Child Support Line, pointing out that the Ministry Education, since the first days of the outbreak of the pandemic, has sought to take decisive decisions in accordance with the directives of the leadership, which consisted of suspending studies at all academic levels, finding multiple alternatives to distance education, and providing students with multiple options that would enable them to continue their education while at home.

He went on to say: The new juvenile system was issued including the provisions and procedures necessary to deal with juvenile delinquents and their cases, including procedures for arrest, arrest, investigation and trial in a way that suits their ages and achieves the interest in evaluating their behavior. In the home for a period not exceeding ten years, explaining that in March 2020 a royal order was issued stopping the implementation of all final judgments issued for murder on persons who did not reach 18 years of age at the time of their commission of the crime, and their inclusion in the application of the juvenile system.

A member of the Kingdom’s permanent delegation to the United Nations, Khashaan, continued: On this basis, the Kingdom’s systems collaborate to implement the principle of equal enjoyment of human rights and the prohibition of racial discrimination, indicating that the Kingdom is a party to the International Convention on the Elimination of All Forms of Racial Discrimination (CERD), and thus the convention is considered part of the national law in the Kingdom.

He reiterated that spreading ideas based on racial superiority or racial hatred, and incitement to racial discrimination are crimes under the law in the Kingdom, as the Basic Law of Governance guarantees the commitment of the media, publishing and all means of expression with a good word, state regulations, and prohibiting what leads to discord or Division or offend human dignity and rights. The kingdom’s laws also prohibit the establishment of organizations, propaganda activities, and the media that promote racial discrimination.

He explained that disseminating ideas based on racial discrimination and inciting racism and hatred using information technology, the Internet and social media; A crime whose perpetrator is punished according to the Kingdom’s regulations, stressing that the Kingdom’s government has devoted, within the measures it has taken to confront the Covid-19 pandemic, full attention to the citizen and resident alike by providing free medical care, which included even violators of residency regulations without punishing them, as the Saudi Ministry of Health launched in cooperation with The Communications and Information Technology Commission has more than 2 billion educational text messages addressed to citizens and residents in several languages, amounting to 24 languages, during the awareness campaigns coinciding with the outbreak of the virus.

Khashaan concluded the Kingdom’s speech by saying: The Kingdom of Saudi Arabia will always work in partnership with the United Nations and the international community to achieve the goals of sustainable development 2030 for a beautiful present and a bright future for future generations, in which everyone enjoys equal opportunities, while making sure that no one is left behind.

These were the details of the news The Kingdom: Amending a number of laws to ensure equality between... for this day. We hope that we have succeeded by giving you the full details and information. To follow all our news, you can subscribe to the alerts system or to one of our different systems to provide you with all that is new.