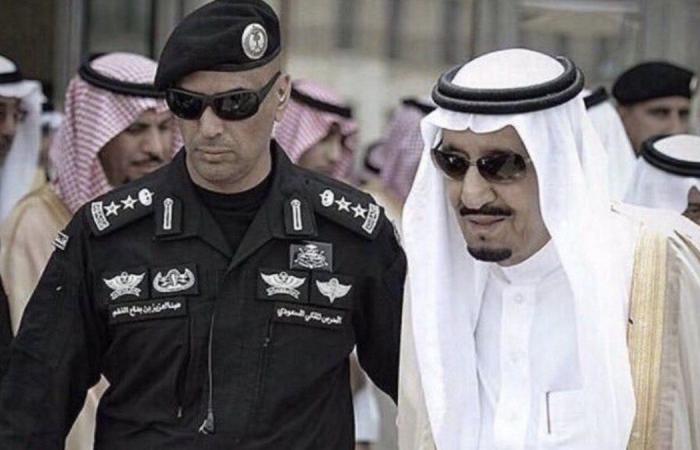 A government institution, and Saudi bloggers on social media, marked the first anniversary of the killing of the general Abdulaziz Al-Fagham Who was the bodyguard of King Salman bin Abdulaziz and before him the late King Abdullah before he was killed in a sudden accident.

Major General “Al-Fagham” was killed on September 28, when he was visiting a friend in the city of Jeddah, where another friend named Mamdouh bin Mishaal Al Ali attacked him, after a dispute between them, so that the perpetrator was later killed in a confrontation with the police who surrounded the house at the crime scene According to what the Saudi authorities announced at the time.

A year after the incident, which for a long time raised widespread feelings of sadness in the Kingdom, given the fame of Al-Fagham, many Saudis returned to talk about the prominent officer in memory of his first departure.

The government communication account on Twitter, an institution affiliated with the Saudi Ministry of Information, published a video clip showing Major General Al-Fagham in previous positions accompanied by the late King Abdullah and the current Salman, while a journalist recites poetry verses praising the late officer.

Many Saudi tweeters also published previous videos and photos of the Guardian of Kings, as it is called in Saudi Arabia, along with poignant phrases that praise him and praise his previous work and ask him for mercy.

Al-Fagham was born in the year 1973, and he is one of 6 children of his father, and he began his military career in the ranks of King Khalid Military College, and graduated with distinction that led him to the Special Security Brigade that was responsible for protecting the head of the National Guard at the time, Prince Abdullah bin Abdulaziz, who later became king Country.

Al-Fagham remained a bodyguard for King Abdullah for ten years, before he departed in 2015 and was succeeded by his brother, the current King Salman, who kept al-Fagham as his bodyguard until his death, almost four years after he assumed that mission.

Major General “Al-Fagham” was a contemporary of two kings in a country that is the kiss of the Islamic world, the largest oil exporter in the world, and of political, economic, regional and global weight, and accompanied its leaders in meetings and meetings with senior leaders and world leaders, which earned him wide fame.

These were the details of the news Saudi activists commemorate the death of Abdulaziz Al-Fagham – Erm News for this day. We hope that we have succeeded by giving you the full details and information. To follow all our news, you can subscribe to the alerts system or to one of our different systems to provide you with all that is new.