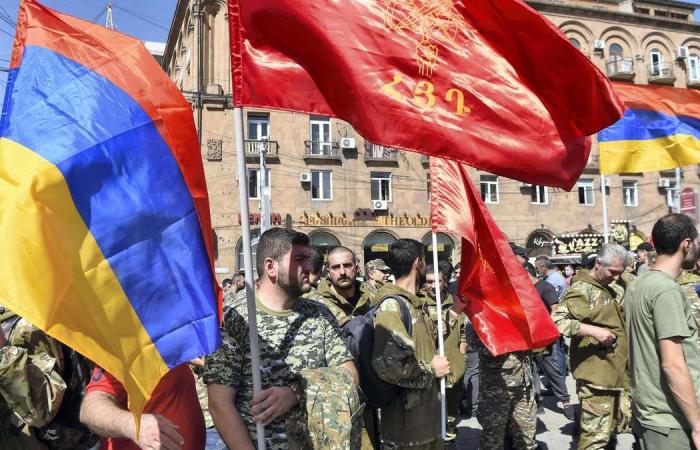 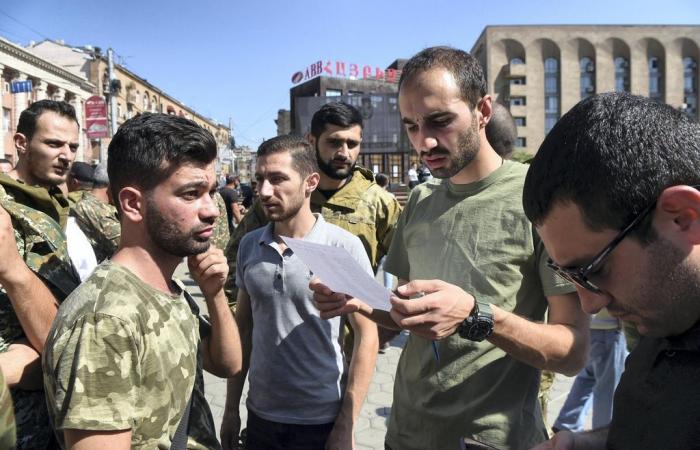 Hind Al Soulia - Riyadh - Armenia’s president declared a national mobilisation to “defend our sacred homeland” after fierce fighting involving tanks, aircraft and artillery broke out with Azerbaijan forces on Sunday in the latest flare-up of a decades-long conflict over disputed land.

Azerbaijan’s Defence Ministry said it launched a “counterattack” after accusing Armenians of firing on its military positions and on civilian settlements near the territory of Nagorno-Karabakh. Armenia said Azerbaijan started bombarding along the contact line separating the two forces and shelled civilians including in the region’s capital, Stepanakert.

France, Russia and others urged calm after the latest flare-up over Nagorno-Karabakh where fighting has repeatedly broken out since Armenians took control of the territory and seven surrounding districts from Azerbaijan in a war after the Soviet Union collapsed in 1991. Hundreds were killed in a five-day war in 2016 before Russia pressured both sides to resume a ceasefire that was first brokered in 1994. Despite decades of mediation by the US, France and Russia, no peace agreement has been signed.

Russia again called on both sides to halt fighting immediately and to return to negotiations to ease tensions, the Foreign Ministry in Moscow said.

Turkey will stand by its ally Azerbaijan “with all our means until the end,” Turkish Defence Minister Hulusi Akar said, without elaborating.

The Azeri army is using tanks, artillery, missile systems and aircraft against Armenian positions near the front line and deeper into Armenian-held territory, the Defence Ministry in Baku said. As many as 12 Armenian anti-aircraft systems have been destroyed and one Azeri helicopter was shot down, it said.

Civilians in Nagorno-Karabakh have been urged to go into shelters after Azerbaijan shelled Stepanakert, according to Vahram Poghosyan, a presidential spokesman in the unrecognised republic. “Our response will be proportional, and full responsibility is on the military-political leadership of Azerbaijan,” he said.

An Armenian woman and child were killed although the full extent of the toll is unclear.

About 10 Armenian servicemen have been killed in the fighting, said Samvel Babayan, secretary of the Nagorno-Karabakh Security Council, according to Radio Liberty.

The conflict comes after tensions between the two sides rose sharply last week, when Mr Aliyev alleged that Armenia was massing forces near Nagorno-Karabakh for a new war. Armenia dismissed the claim as groundless and accused him of preparing for war.

As the fighting raged, Facebook and other social media appeared blocked in Azerbaijan and internet access was slow in some areas.

“Armenia is occupying our territory,” Mr Aliyev said in his speech. “We’ll put an end to this occupation.”

These were the details of the news Armenia rallies to ‘defend homeland’ over fighting with Azerbaijan for this day. We hope that we have succeeded by giving you the full details and information. To follow all our news, you can subscribe to the alerts system or to one of our different systems to provide you with all that is new.