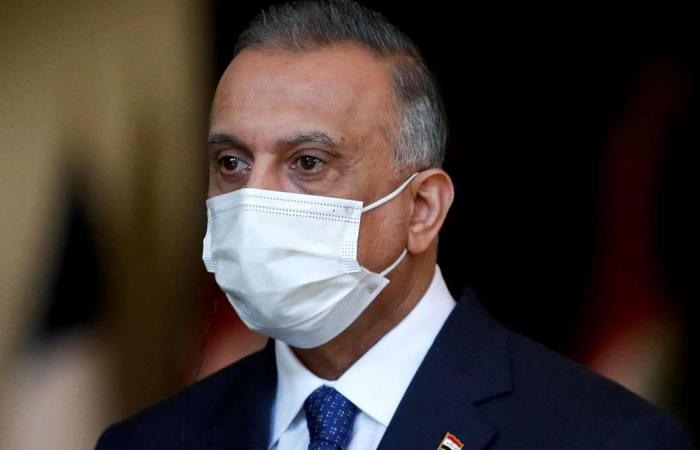 Mr Al Kadhimi made direct changes in the economic and security sectors by appointing former defence minister Khalid Al Obeidi as the deputy of operations affairs in the Iraqi National Intelligence Service.

Mr Al Obeidi was controversially dismissed from office over corruption allegations in 2016. He replaced former acting defence minister Saadoun Al Dulaimi in 2014, who, along with former prime minister Nouri Al Maliki and dozens of other top officials, were accused of being responsible for the fall of Mosul to ISIS.

However, he took the fall for widespread corruption in the armed forces, including the pervasive presence of "ghost soldiers" bulking out attendance rolls, and implicated after billions of dollars were missing after arms contracts.

Mr Al Obeidi said that numerous lawmakers attempted to blackmail him to secure contracts of their own.

Among other newly appointed officials in the security sector is Faleh Younis Hassan, who was chosen as deputy of the National Security Service, and Hassan Halbous Hamza, who is now the chairman of the Securities Commission.

The prime minister chose Suha Al Najjar to be the woman leading the country’s investment strategy.

Manhal Al Haboubi, who has played a vital role in developing modern architecture in the Gulf, was appointed Baghdad Mayor.

He will replace Zikra Al Wash, who was the city's first female mayor.

Alaa Jawad Hamid was chosen as the head of National Integrity Commission, which is tasked with fighting corruption.

Since assuming office in early May the prime minister has pledged to hold early elections next June, offer better public services and employment opportunities as part of his government plan.

Protesters have been holding mass demonstrations since October, demanding change in the country where corruption is widespread.

Iraq is ranked near the bottom of Transparency International's Corruption Perceptions Index, at 162nd out of 180 countries.

Political infighting and corruption have crippled the country’s efforts to recover from sanctions under Saddam Hussein and the conflicts that followed the 2003 US invasion that toppled him, including three years of devastating war to defeat ISIS in 2017.

These were the details of the news Iraqi PM orders government shake-up in bid to combat corruption for this day. We hope that we have succeeded by giving you the full details and information. To follow all our news, you can subscribe to the alerts system or to one of our different systems to provide you with all that is new.