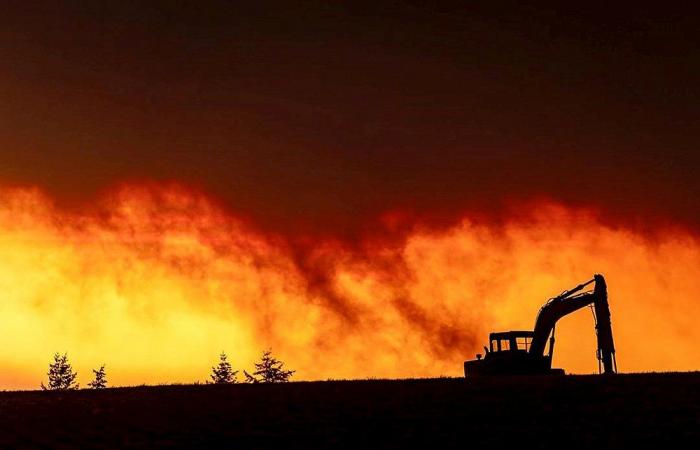 Hello and welcome to the details of Oregon fires destroy five towns, governor says many deaths feared and now with the details

SALEM, Sept 10 — Unprecedented wildfires in Oregon have all but destroyed five small towns and a record number of deaths is feared, Governor Kate Brown said yesterday.

Oregon was the hardest hit state in the US West, where nearly 100 extreme wildfires were stoked by high winds and temperatures.

In central Oregon, rescuers saved people's lives by pulling them from the Santiam River where they had taken refuge from flames that destroyed scores of riverside homes, officials said.

The Santiam Valley town of Detroit, as well as Blue River and Vida in coastal Lane County and Phoenix and Talent in southern Oregon were substantially destroyed, Brown told a news conference.

“This could be the greatest loss in human lives and property due to wildfire in our state’s history,” Brown said.

The governor gave no indication of how many people may have died, but one of Oregon's most deadly blazes was in 1936 when a fire destroyed the city of Brandon and killed 13 people.

“It was like driving through hell,” Jody Evans told local television station NewsChannel21 after a midnight evacuation from Detroit, about 80 km west of Salem.

Evans fled the largest blaze in Oregon, known as the Beachie Fire, which threatened to join up with another wildfire to the west known as the Lionshead Fire.

To the south, parts of Medford, Oregon, a popular retirement location with over 80,000 residents, were under evacuation orders or warnings as a growing wildfire closed a section of Interstate 5, the primary north-south highway in the West.

As the fire moved north to Medford it heavily damaged Talent with about 6,000 residents and Phoenix, with around 5,000, according to local police.

Brown saw no respite in the near term. “Winds continue to feed these fires and push them into our towns and cities,” she said, adding that thousands more Oregonians will need to evacuate over the next several hours.

Climate scientists have blamed global warming for extreme wet and dry seasons in the U.S. West that have caused grasses and scrub to flourish then dry out, leaving fuel that supercharges wildfires.

In California, all 18 National Forests were closed due to what the U.S. Forest Service called “unprecedented and historic fire conditions.”

The Creek Fire about 56 km north of Fresno tore through the Sierra National Forest, susceptible due to drought and bark beetle damage, destroying over 360 homes and structures.

“This fire is just burning at an explosive rate,” said Daniel Berlant, a spokesman for California's state fire authority. “You add the winds, the dry conditions, the hot temperatures, it’s the perfect recipe.”

Across the United States wildfires have burned nearly 4.7 million acres in 2020, the highest year-to-date area since 2018, according to the National Interagency Fire Centre.

Most of the fires are in western states, where 17 new large blazes were reported yesterday, bringing the total to 96 that have burned more than 3.4 million acres — an area nearly the size of the US state of Connecticut.

Home construction has encroached on forests in recent decades, and owners watched houses burn as firefighters are unable to save property. — Reuters

These were the details of the news Oregon fires destroy five towns, governor says many deaths feared for this day. We hope that we have succeeded by giving you the full details and information. To follow all our news, you can subscribe to the alerts system or to one of our different systems to provide you with all that is new.