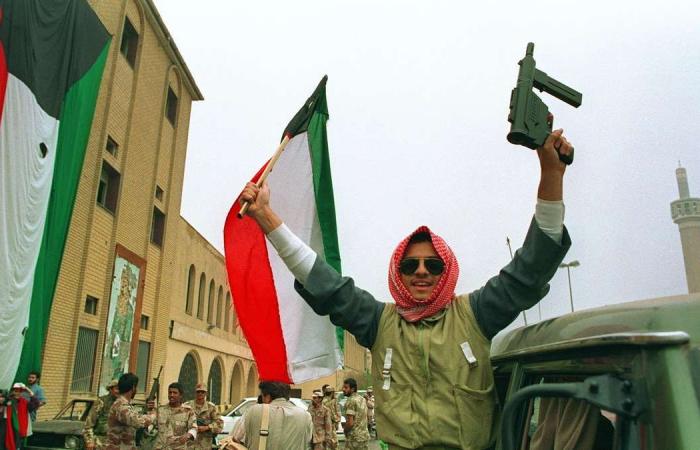 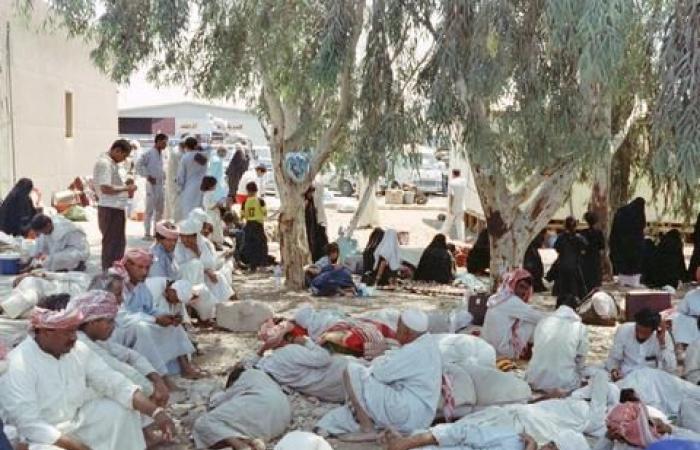 Saddam Hussein’s decision to send in his forces to annex Iraq’s tiny neighbour on August 2, 1990, led to a whole set of unforeseen circumstances for Baghdad.

Nearly seven months later, Iraq forces were chased out by a US-led international coalition, leaving behind a devastated and pillaged the country.

Saddam’s regime was slapped with UN economic sanctions and a $52.4 billion reparations bill for "losses caused by the invasion and occupation of Kuwait”.

Diplomatic ties between Kuwait and Iraq were cut and restored only after Saddam was toppled from power by a US-led invasion in 2003.

Kuwait quietly welcomed the regime change, which contributed to the improvement of relations, said Feisal Al Istrabadi, the first Iraqi ambassador to return to Kuwait.

Mr Al Istrabadi said he made a point to pay a courtesy call to the Kuwaiti permanent representative to Iraq on his first day in office in 2004.

“We built a good working relationship between the two missions, reflecting that our foreign ministries and chanceries were doing the same. I believe it has been an evolutionary diplomatic process between the two states,” Mr Al Istrabadi told The National.

Despite some positive developments in the relationship over the past 17 years, there remains to be a “residuum of mutual lack of full trust”, Mr Al Istrabadi said.

“Kuwait has not played the disruptive role some of Iraq’s neighbours have played, but Kuwait has not particularly contributed positively to Iraq’s post-2003 reconstruction efforts either,” he said.

Other Gulf states, for instance, forgave Iraq’s Saddam-era debts, or substantially forgave them Iraq for invading the neighbouring country, said Mr Al Istrabadi said, who is now the director of the Centre for the Study of the Middle East at Indiana University.

“Kuwait categorically refused to consider even lowering the rate at which Iraq is required [by a UN Security Council mandate] to repay its debts to Kuwait for the 1990 invasion, let alone reducing the underlying debt,” he said.

While Kuwait was adamant about receiving all of the compensation awarded to it by the UN, it embraced the new government in Iraq, said Abbas Kadhim, director of the Iraq Initiative at the Atlantic Council.

“Despite the hard history between the two, the Kuwaitis decided to turn a chapter; it came as a relief to know that Saddam Hussein and the ideology that Kuwait is part of Iraq is gone,” Mr Kadhim told The National.

“The Kuwaiti emir went to attend the Arab Summit in Baghdad which put relations on the right track. Many other heads of state did not show up so he gets credit for crossing the border,” Mr Kadhim said.

Sheikh Sabah, dubbed the “dean of Arab diplomacy” for his efforts to strengthen Kuwait’s relations in the Middle East after the invasion and mediate between other countries, offered to host a donor conference for Iraqi reconstruction in 2018, shortly after Baghdad declared victory over ISIS extremists who had seized almost a third of the country.

Iraq received pledges of $30bn, mostly in credit facilities and investment from allies, but this fell short of the $88bn it said it needed.

“The conference itself did not yield any financial means for Iraq but it was a gesture of goodwill that Iraq appreciated,” Mr Kadhim said.

“It was another good deed that Kuwait has done by the new Iraq.”

Sajad Jiyad, a Baghdad-based analyst, said some issues from the invasion have yet to be resolved.

After the fall of Saddam’s regime, Kuwait saw a much friendlier government in Baghdad that it knew was going to establish a positive relationship, he told The National.

“Iraq has addressed some of the key issues that Kuwait was concerned about, specifically what the UN wanted Iraq to commit to on paying down some of the reparations from the war which Iraq has almost completed and paid billions of dollars and the issue of the remains of Kuwaiti prisoners of war or abducted by Iraqi force when they retreated in to Iraq.”

30 years after Iraq's invasion of Kuwait

Yet Iraq has addressed some of the key issues that Kuwait was concerned about, Mr Jiyad said, including handing over the remains of Kuwaitis, whether prisoners of war or individuals, abducted by Iraqi forces.

Mr Al Istrabadi said a new source of contention is the new port facility Kuwait is building, which some Iraqi experts say will affect Iraq’s freedom of navigation.

In 2011 Kuwait said it would build Al Mubarak port on the Bubiyan Island that lies to the north of Kuwait at its border with Iraq.

This triggered fears in Baghdad that it would threaten competition that will crowd it out of trade from Europe and the Middle East but may also infringe on Iraqi territory.

Iraq was planning for more than two decades to build a large new deep-water port on the Khawr Abd Allah waterway — opposite Bubiyan island, where Kuwait is building its port.

However, Iraq has no option but to continue to strengthen its relations with the Arab states, especially the Gulf states, he said.

“Over the past 17 years, it has tilted far too much in the direction of Iran, and it must correct course, which I think both the previous prime minister, Haider Al Abadi, and the current prime minister have/are trying to accomplish,” Mr Al Istrabadi said.

“Iraq’s foreign and domestic policy should be the adoption of the old Kemalist slogan: peace at home, peace abroad.”

To accomplish that, Iraq must balance its relations with Turkey, Iran, and the Arab Gulf states, he said.

These were the details of the news Rebuilding Iraq-Kuwait relations an ‘evolutionary' process 30 years after invasion for this day. We hope that we have succeeded by giving you the full details and information. To follow all our news, you can subscribe to the alerts system or to one of our different systems to provide you with all that is new.