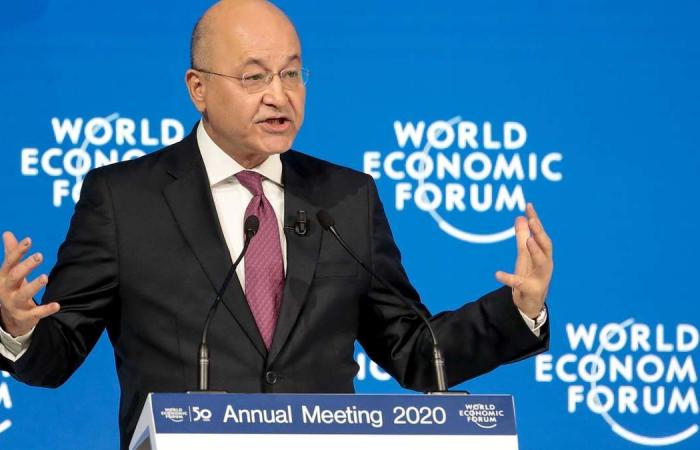 “The Presidency of Iraq calls for an end to the violations of national sovereignty that resulted from the repeated Turkish military operations and its breach of Iraq’s airspace,” a statement by Mr Salih’s office said.

Ankara launched a military operation in northern Iraq against the Kurdistan Workers Party (PKK) earlier this month in response to what it said was an increase in militant attacks on Turkish army bases along the border between the countries.

Turkish forces and PKK fighters clashed in the Iraqi Kurdish province of Duhok on Friday. The fighting took place on the Khamter mountain near Darkare village, in eastern Zakho district of Duhok, officials said.

"The Turkish army launched a ground operation on the mountain that prompted the Kurdish militants fight back,” said Zirvan Musa, director of the village.

The presidential office said Turkish operations resulted in the death of “unarmed civilians” since the operations started. One civilian died and dozens were injured in a reported Turkish strike on PKK fighters in the northern Iraqi Kurdish city of Sulaymaniyah, Mr Salih's home town, on Thursday.

“These actions are a flagrant violation of the principles of state relations as well as international laws and covenants,” Mr Salih said.

He stressed the need to “solve the border and security problems between Iraq and Turkey through co-operation and co-ordination between officials of the two sides”.

Turkey has said it hit hundreds of PKK targets but gave few details. At least five civilians have been killed so far.

Ankara has been fighting against the Kurdish militant group along its borders with Syria and Iraq for several decades.

The PKK has long used the rugged terrain of northern Iraq as a rear base to stage attacks in Turkey, which in turn set up military positions inside Iraqi territory to fight them.

Turkey labels the group a terrorist organisation because of its insurgency against the Turkish state.

Although Iraq has protested against the Turkish strikes on its land, Ankara continues to carry out air and ground attacks in areas where it believes the group is hiding.

These were the details of the news President Barham Salih calls on Turkey to stop military operations in north Iraq for this day. We hope that we have succeeded by giving you the full details and information. To follow all our news, you can subscribe to the alerts system or to one of our different systems to provide you with all that is new.