Thank you for your reading and interest in the news Iraq-Gulf ties: Baghdad aims to address investment concerns and now with details

“Their main objections to the projects they are shown in Iraq is the routine and deadly bureaucracy that prevents any successful investment,” Mr Allawi told reporters in Baghdad on Sunday.

“We promised to look at this issue in a very positive way and lift restrictions to create a streamlined investment environment in Iraq,” he said.

He said he focused instead on building a long-term relationship, describing Arab Gulf business involvement in Iraq as “negligible, except for some investments in the oil sector”.

“We want to create a kind of balance and integration between Iraq and the Gulf countries, which have a little role in the Iraqi economy,” Mr Allawi said.

“Hopefully we will open a new page with regard to Gulf businessmen and the economic issues, especially with Saudi Arabia and Kuwait.”

Among the opportunities Mr Allawi said he mentioned to his counterparts in Saudi Arabia and Kuwait were their countries’ expertise in solar energy, which Iraq needs to tap, and a consumer market dominated by imports from Iran and Turkey.

“We want to encourage them, but for them to enter in force the environment has to change,” he said.

Mr Allawi’s visit to the two countries was the first official overseas trip by a member of Prime Minister Mustafa Al Kadhimi’s government.

Mr Al Kadhimi, a former intelligence chief supported by the United States, signalled upon taking office early in May that one of his priorities was to take relations between Iraq and its Arab Gulf neighbours out of the deep freeze.

Arabian Gulf nations had all but given up on Iraq in the past decade, seeing it as a failed state gravitating more and more towards the orbit of Iran despite the presence of American forces in the country.

Mr Allawi is the prime minister’s main ally in the cabinet, which is divided by loyalties to different Shiite, Kurdish and Sunni groups.

The veteran academic and former investment banker has written and lectured on the social history of corruption in Iraq, as well as what he regards as errors by Washington in the aftermath of the US-led invasion that toppled Saddam Hussein in 2003.

He is a nephew of the late Iraqi politician Ahmad Chalabi, a mathematician who attracted Mr Allawi and other educated figures into the opposition to Saddam.

As a member of past governments, Mr Allawi steered away from the ideological rhetoric that marked many of his peers since the first democratic elections in the post-Saddam era consolidated the Shiite ascendency.

Accompanying Mr Allawi on his trip to Saudi Arabia was Salem Chalabi, a prominent Iraqi lawyer who is well connected in Saudi Arabia and the UAE. Mr Chalabi is also a nephew of Ahmad Chalabi.

Although the sharp drops in oil price and the coronavirus pandemic have hit economies across the region, Arabian Gulf Nations still possess sovereign wealth funds that could invest in mega-projects in Iraq, Mr Allawi said.

He said Iraq and the GCC could ultimately become “a nucleus” for a larger, single market.

These were the details of the news Iraq-Gulf ties: Baghdad aims to address investment concerns for this day. We hope that we have succeeded by giving you the full details and information. To follow all our news, you can subscribe to the alerts system or to one of our different systems to provide you with all that is new. 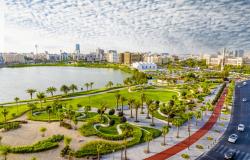