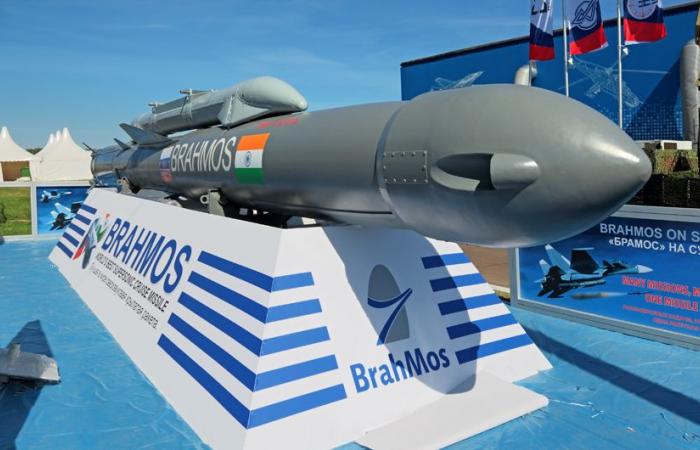 Jeddah - Yasmine El Tohamy - MANILA: The Philippines is set to acquire the supersonic BrahMos cruise missile from India, with the deal expected to be signed early next year, Defense Secretary Delfin Lorenzana said on Monday night.

Lorenzana said that the procurement would be made through “government-to-government mode” with the signing of the contract to take place “possibly in the first or second quarter” of 2020.

The Indian-made, medium-range, ramjet supersonic BrahMos cruise missile is considered the fastest in the world and can be launched from submarines, ships, aircraft or land.

Once delivered, the missiles will be the first Philippine weapons to boast much-needed deterrent capabilities. Initially, the Philippines will acquire “two batteries” to jump-start its armed forces’ efforts to build its deterrent capacity in the face of the country’s current territorial challenges.

A missile battery is equivalent to three mobile autonomous launchers with two or three missile tubes each.

According to the BrahMos Aerospace website: “The missile has a flight range of up to 290 km with supersonic speed all through the flight, leading to shorter flight time, consequently ensuring lower dispersion of targets, quicker engagement time and non-interception by any known weapon system in the world.”

“Its cruising altitude could be up to 15 km and terminal altitude is as low as 10 meters. It carries a conventional warhead weighing 200 to 300 kgs,” it said.

In October, the Philippine Army said that it was interested in acquiring the BrahMos supersonic cruise missile. This was after army officials visited the Indian Navy’s “Shivalik”-class guided missile frigate, INS Sahyadri (F-49), to learn more about its missile capabilities, which includes the BrahMos cruise missile.

During the same month, the army also activated its first land-based missile battery system, which is under the supervision of its artillery regiment.

Lorenzana said that aside from the army, the weapons can also be operated by the Philippine Air Force (PAF), which is already using FA-50 fighter jets.

Earlier, the defense chief had said that “there is money” for the procurement of the BrahMos missiles as per the Philippine military’s modernization program.

The acquisition of a land-based missile system is under Horizon 2 of the Revised Armed Forces of the Philippines Modernization Program, which is slated for 2018 to 2022 and geared for the acquisition of equipment for external defense with a budget of 300 billion pesos.

These were the details of the news Philippines to acquire supersonic missiles from India for this day. We hope that we have succeeded by giving you the full details and information. To follow all our news, you can subscribe to the alerts system or to one of our different systems to provide you with all that is new.