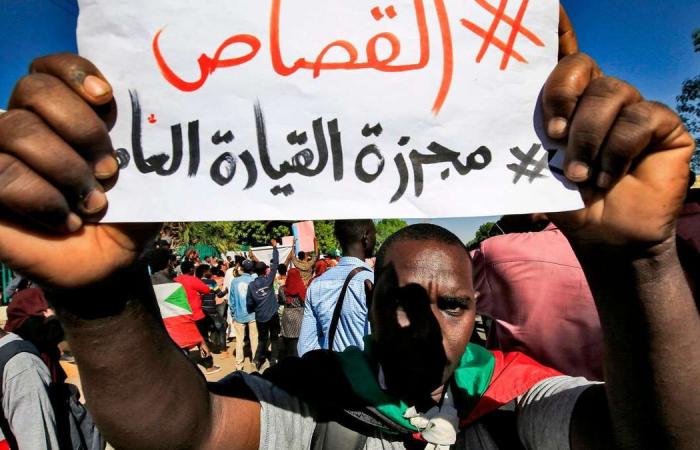 More than 250 people were killed and hundreds injured in the months-long protests that erupted in December 2018, according to umbrella protest movement Forces of Freedom and Change.

On the worst day of the uprising, officials say 87 people were killed and 187 injured in a crackdown on protesters by security forces in which dozens of bodies were tossed into the River Nile. Protesters say the death toll was closer to 130.

Al Bashir, who ruled Sudan with an iron fist for 30 years, was deposed by the army in a palace coup on April 11 after the demonstrations triggered by an acute economic crisis.

An investigation was launched into the killings in October. The commission is led by veteran human rights lawyer Nabil Adib as has the right to summon officials and access official documents. It will report to the government in January, but can ask for an extension of one month depending on progress.

Protesters on Saturday said the investigation, and consequences for those at fault, was taking too long.

Crowds marched from a central Khartoum square to Prime Minister Abdalla Hamdok's offices, demanding authorities deliver justice for those killed and also find out about protesters who went missing.

"Blood for blood!" chanted protesters gathered in front of Hamdok's offices in the capital, an AFP correspondent reported.

Dozens of policemen stood guard as protesters, many whistling, clapping and ululating, belted out revolutionary slogans.

"We want justice for martyrs. We are afraid that the criminals might not be judged," said protester Nizar Bin Sufian.

"But we have not seen any moves by the government to find those missing or to begin trials of those responsible for the killing of protesters," Mr Bin Sufian said

Mr Al Bashir and several senior members of his regime are in prison, while the veteran leader himself is on trial for alleged graft.

Since August, Sudan has been ruled by a joint civilian-military sovereign council headed by General Abdel Fattah al-Burhan.

A transitional cabinet led by Mr Hamdok has been tasked with the day-to-day running of the country.

The sovereign council is tasked with overseeing an overall transition to civilian rule as demanded by the protest movement.

These were the details of the news Hundreds return to the streets of Khartoum to demand justice for slain protesters for this day. We hope that we have succeeded by giving you the full details and information. To follow all our news, you can subscribe to the alerts system or to one of our different systems to provide you with all that is new.