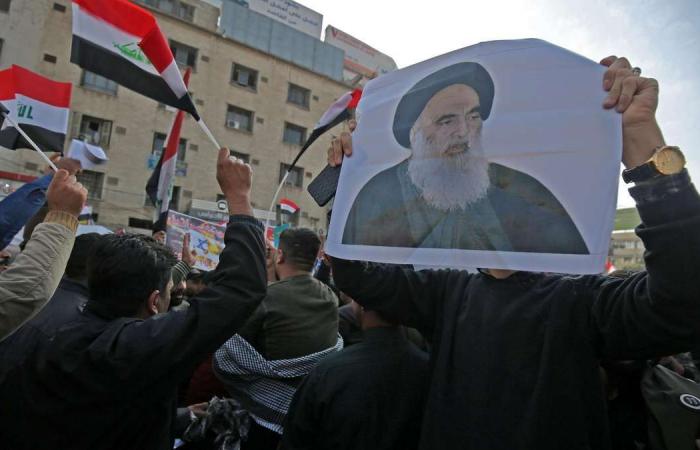 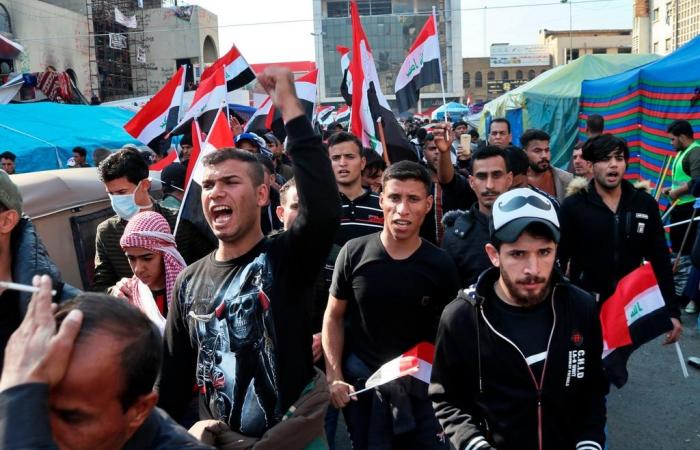 Thank you for your reading and interest in the news Iraq protests: stabbings in Tahrir Square after rival demonstrators enter protest site and now with details

Hind Al Soulia - Riyadh - At least 13 people were stabbed in Baghdad's Tahrir Square on Thursday after supporters of political parties and Iran-backed militias entered the main site of anti-government protests in the Iraqi capital, unnerving demonstrators who have denounced Tehran's role in the country.

The stabbings occurred as the new arrivals withdrew from the square in the afternoon, anti-government protesters said. There were no fatalities in the attacks and it was not clear who was responsible.

The injured were treated at makeshift medical centres in the square and four with serious wounds were taken to Al Kindi hospital in east Baghdad, medical officials told Associated Press.

One police official said six people were taken into custody following the attacks.

The flash protest hinted at attempts to delegitimise or intimidate anti-government protesters, and came after the apparent torture and death of a teenaged girl who took part in the rallies.

Youth-led mass rallies have rocked Iraq's capital and south since October, calling for the end of a political elite they see as corrupt, incompetent and overly influenced by neighbouring Iran.

Some of the newcomers carried portraits of Hashed fighters killed while battling extremists, and of the country's influential Shiite cleric, Grand Ayatollah Ali Al Sistani.

The Hashed initially backed Iraq's government against the protests but dropped its support after a call from Mr Al Sistani, following a spree of violence against rallies.

Thursday's arrivals carried signs opposing "vandals", a reference to people who have damaged properties during rallies, but the protesters sensed something more threatening.

"They've ruined it," said one anti-government protester. Another muttered: "It's going to get messy."

Tamim, 30, a protester wearing a protective vest, said: "They came here to clear us out and end the protests."

Harith Hasan of Carnegie's Middle East Centre said the appearance of party and paramliitary supporters among the protesters could increase tension.

"This could be the beginning of a competition or conflict to occupy the public space," Mr Hasan wrote on Twitter.

Toby Dodge, director of the Middle East Centre at the London School of Economics, said it appeared to be "a new tactic to crowd out or close the space down available to the demonstrators".

Activists in Baghdad and elsewhere have already been subject to threats, kidnappings and even killings in what they say are attempts to keep them from demonstrations.

The bruised body of Zahra Ali was left outside her family home late on Monday, her father, Ali Salman, told AFP.

The 19-year-old had been missing since that morning.

"We had been distributing food and drink to protesters in Tahrir and we had never been threatened, but some people took pictures of us," Mr Salman said.

"The court established she had suffered electrical shocks."

It was unclear who had kidnapped her.

On Friday, the relatives of Zeid Al Khafaji, a young photographer who had become well-known in the square, said he too had been kidnapped. They said he had been snatched from outside his home by unidentified men in SUVs as he was returning from Tahrir.

Baghdad authorities announced this week that they were releasing 16 detained protesters after Human Rights Watch accused the government of not doing enough to protect activists.

Nearly 430 people have been killed and 20,000 wounded since demonstrations erupted, an AFP toll estimated.

The victims' families have been demanding justice and many of them hit the streets of Iraq's southern Diwaniyah on Thursday.

They joined thousands of other protesters, mostly teachers and students taking part in a general strike, AFP reported.

"The authorities are putting off the issue of who killed our sons and brothers in the protests," said Assaad Malek, whose brother died in protest-related violence.

"They should take a tough stance and severely punish the officers and Swat forces who killed my brother."

A verdict for security force members accused of violence against protesters in Diwaniyah was scheduled for Thursday, but the session was indefinitely postponed.

Parliament has given President Barham Salih until December 17 to name a replacement. On Thursday evening, it passed a law to reform the country's electoral commission.

Iranian general Qassem Suleimani, head of the Islamic Revolutionary Guard Corps' overseas operations, has been in Baghdad to rally political forces around a new premier.

These were the details of the news Iraq protests: stabbings in Tahrir Square after rival demonstrators enter protest site for this day. We hope that we have succeeded by giving you the full details and information. To follow all our news, you can subscribe to the alerts system or to one of our different systems to provide you with all that is new.