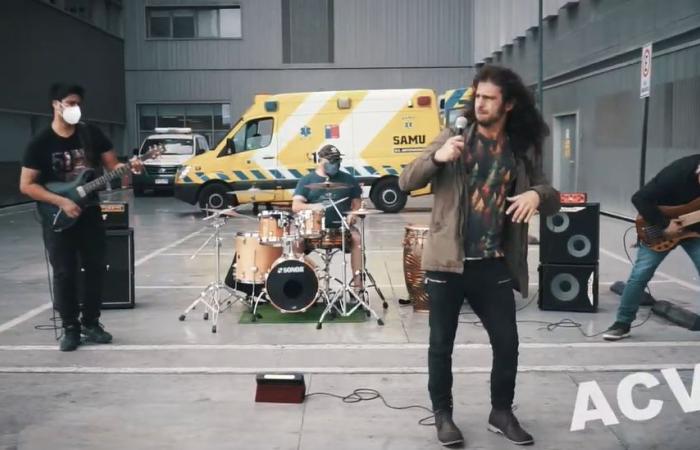 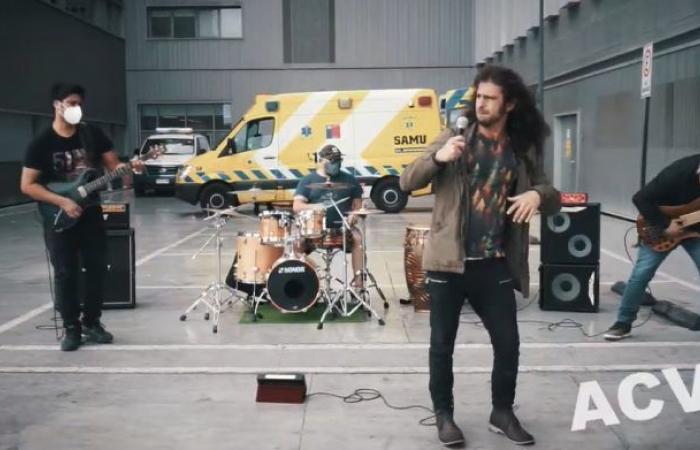 With an ambulance behind them, the band Los Neuroblastos recorded the video of ACV, grouping created to perform a song that describes the symptoms of a stroke and what steps to take if you have one.

“Every year in hospitals they seek to do some educational activity for the world stroke day, which is October 29, but now due to the pandemic it was impossible for it to be in person,” explained the author of the song, the doctor Agustín Brante , to the newspaper Las Últimas Noticias.

The doctor, who is head of Neurology at the Antofagasta Hospital, related his profession to his taste for rock and decided to compose this song to spread “The importance of stroke patients going to the emergency room as quickly as possible.”

This is how in two weeks, together with his guitar teacher Felipe Tello, they composed and recorded the song that drew applause on social networks. In this regard, the musician told the media that the doctor told him about the idea and the next day he already had the lyrics done.

“We were clear that it should be a more classic rock, for the target of people susceptible to the disease. Then we did the demo, we recorded in the studio and a sound engineer did the mix “, he detailed.

Then, they filmed the video of little more than two minutes in which they appear together with other musicians.

As described by the U.S. National Library of Medicine, a stroke is “When the flow of blood to a part of the brain stops. It is sometimes called a ‘stroke’. If blood flow stops for more than a few seconds, the brain cannot receive nutrients and oxygen. Brain cells can die, causing permanent damage. “

It is because of the above that the neurologist Agustín Brante explained that speed is essential when dealing with these types of cases and thus “reduce the chances of dying or suffering damage forever.”

*The article has been translated based on the content of Source link by https://www.adnradio.cl/tendencias-y-curiosidades/2020/10/31/neurologo-chileno-creo-cancion-de-rock-para-ayudar-a-personas-a-identificar-un-ataque-cerebrovascular.html
. If there is any problem regarding the content, copyright, please leave a report below the article. We will try to process as quickly as possible to protect the rights of the author. Thank you very much!

These were the details of the news Chilean neurologist created rock song to help people identify a stroke for this day. We hope that we have succeeded by giving you the full details and information. To follow all our news, you can subscribe to the alerts system or to one of our different systems to provide you with all that is new.