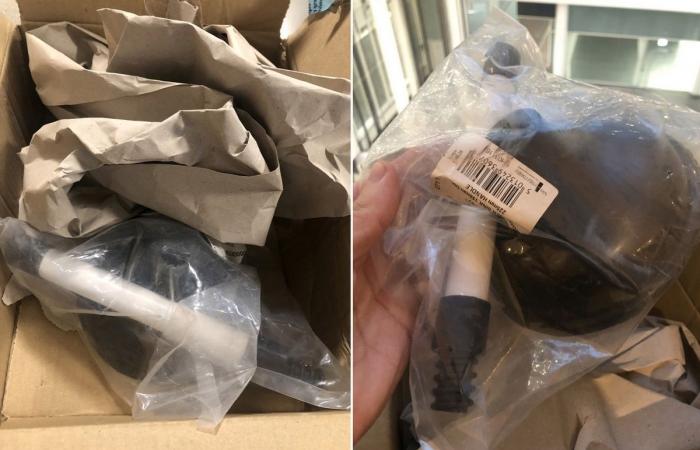 Thank you for reading the news about Man orders Apple Watch online, receives toilet plunger instead and now with the details

Aden - Yasmine El Tohamy - He had to deal with customer services for 'several hours'.

According to reports in Metro.co.uk, John Browne bought the Apple Watch Series 4 and got £100 discount on normal retail price as part of Amazon's Black Friday sale.

However, the sales director became a laughing stock when he opened the parcel at his central London office in front of colleagues.

Browne, 31, said his colleagues 'howled with laughter' on seeing the black and white toilet plunger. "It was a pre-Christmas treat for myself and I have wanted one for a long time. I waited for Black Friday specifically and got it delivered to me at work," Browne said.

Adding his agony did not there, Browne said he had to deal with customer services for 'several hours' and got a refund of £289 rather than the full £299. When he complained, Amazon gave a £10 voucher, he claimed.

These were the details of the news Man orders Apple Watch online, receives toilet plunger instead for this day. We hope that we have succeeded by giving you the full details and information. To follow all our news, you can subscribe to the alerts system or to one of our different systems to provide you with all that is new.