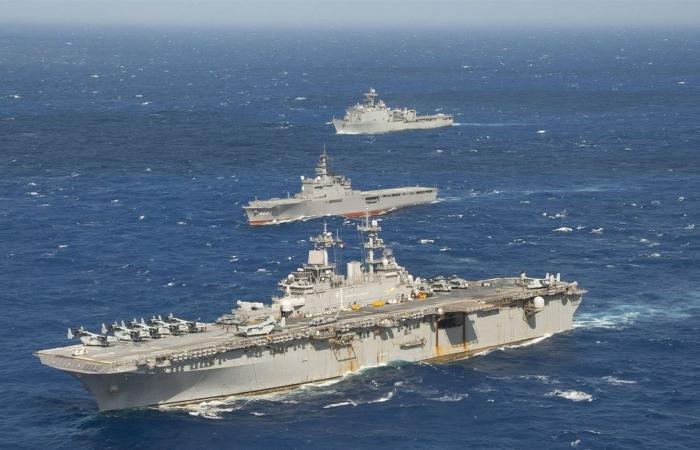 Thank you for reading the news about China bans US ships from stopping in Hong Kong, sanctions NGOs and now with the details

China has banned US military ships and aircraft from stopping over in Hong Kong and announced sanctions on American non-profits for supporting a pro-democracy movement in the city rattled by anti-government protests since June.

At a daily press briefing, Chinese Foreign Ministry spokesperson Hua Chunying said on Monday that the measures were taken in response to the laws related to Hong Kong passed by the US last week, reports Efe news.

Hua said it was a "serious violation of international law and the basic norms governing international relations and interferes in China's internal affairs".

"In response to this, we decided to suspend the review any request of American military vessels and aircraft to rest in Hong Kong and to increment sanctions on American NGOs that behave badly in the disturbances," Hua said.

Hua said "a lot of facts and evidence" prove that those non-profits "support the anti-China rising in Hong Kong and encourage them to engage in extremist, criminal and violent activities, and instigate these separatist activities".

"They shoulder major responsibilities in the chaos in Hong Kong, they should be sanctioned and pay their price," she stressed.

Urging the US to "correct" its mistakes and "stop interfering in our internal affairs", she said: "China will take further steps if necessary and we will uphold (Hong Kong's) prosperity, stability and our country's national sovereignty, security, and development."

Hua declined to comment when she was asked about the details of the sanctions on the American NGOs.

These were the details of the news China bans US ships from stopping in Hong Kong, sanctions NGOs for this day. We hope that we have succeeded by giving you the full details and information. To follow all our news, you can subscribe to the alerts system or to one of our different systems to provide you with all that is new.