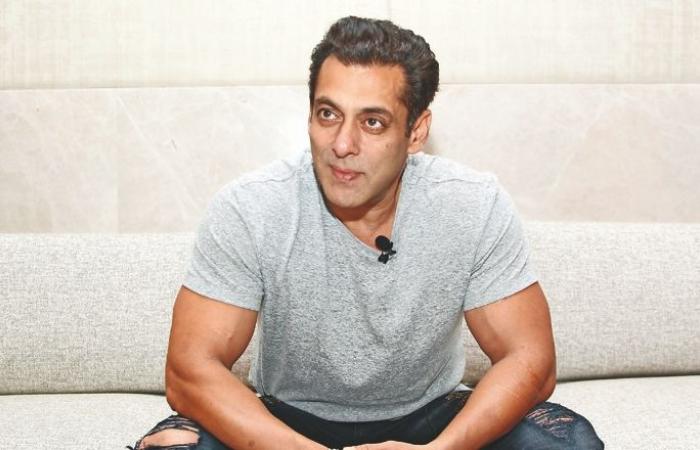 Aden - Yasmine El Tohamy - Superstar Salman Khan, who returns in his popular cop avatar of Chulbul Pandey in "Dabangg 3", has reacted to the ongoing storm over the "Hud hud Dabangg" song saying a certain section of people is trying to gain publicity by dragging the number unnecessarily into a controversy.

"I am glad people consider it (Dabangg 3) a big film. Earlier, we did a film ("Bajrangi Bhaijaan"), there was a controversy regarding its title but it was dismissed. So, such controversies are part and parcel of this industry. I don't think there is anything objectionable in the film because of which a controversy can be created," said Salman, at the launch of the "Munna badnaam hua" song of "Dabangg 3" in Mumbai on Saturday evening.

"It ("Hud hud Dabangg") is our song since the beginning. People are just trying to get two minutes of fame by linking themselves with us. They try to gain some publicity out of it and they get it too. Fans also support them. So, it's good. I don't have any issues with it," added the star, who was accompanied at the event by Warina Hussain, who shakes a leg with him in "Munna badnaam hua", as well as Saiee Manjrekar, who makes her debut opposite him in the film, apart from the film's director Prabhudheva, composers Sajid-Wajid and producers Arbaaz Khan, Bhushan Kumar and Nikhil Dwivedi.

"Dabangg 3" landed in controversy when a Hindu outfit and sections of social media objected to a sequence in the title song "Hud hud Dabangg" that shows saffron-clad sadhus dancing with guitars. The outfit, Janajagruti Samiti, also sent a letter to the censor board demanding the censor certificate of the film be cancelled, even as #BoycottDabangg3 had trended on social media earlier this week.

"We tried to destroy this song actually. We tried to make it worse than the first one but it just turned out well! God has been on our side. We were looking for a 'tode' (befitting reply) of "Munni badnaam hui", and suddenly one day - at about 1:30 in the morning - I called up Arbaaz (Khan) and told him that I have the 'tode' of "Munni badnaam hui". So, he came home in an excited manner and I spent an hour with him, after which I told him "Munna badnaam hua" so, on which he abused me and went home," recalled Salman, laughing.

"Dabangg 3" is scheduled to release December 20.

These were the details of the news Bollywood News - Superstar Salman Khan comments on 'Dabangg' controversy for this day. We hope that we have succeeded by giving you the full details and information. To follow all our news, you can subscribe to the alerts system or to one of our different systems to provide you with all that is new.