PVOD vs. Streaming is the real battle, not theater vs.... 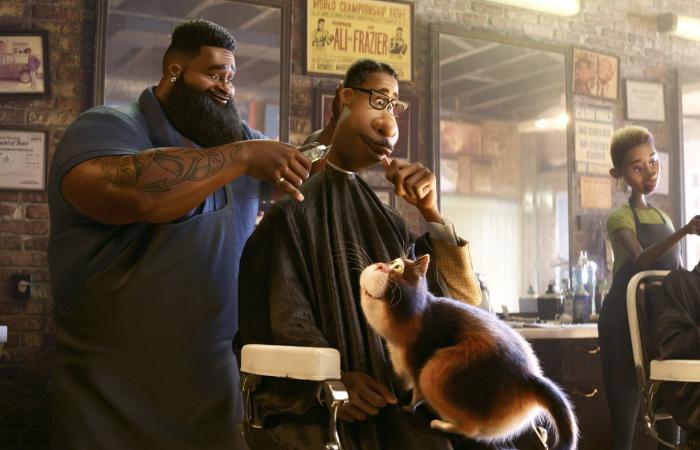 In Cinemark’s third quarter earnings announcement on November 3, CEO Mark Zoradi announced a loss of $ 148 million – and in the future, movie theater windows would be negotiated with distributors on a case-by-case basis. In AMC’s income statement for the third quarter of the previous day, which included losses of $ 905 million, the exhibitor pointed to the deal with Universal as an important future asset.

The exhibition has fought assault for decades, but the theaters have never been this weak. Some theater owners would like to view these new precedents as an exception from the COVID era, but neither the AMC Universal deal nor Cinemark’s willingness to play limited-window movies would materialize if theaters felt it was an alternative gives.

There is another, more optimistic element that may also be at play. By addressing VOD directly, AMC and Cinemark become active participants in its future. It also means that they have chosen either side in a big fight, and it’s not about theaters or studios. It’s VOD vs. Streaming.

Compared to streaming, VOD is in the interests of cinemas. Netflix wasn’t a friend. Disney and Warner Bros. have set up streaming subscription sites for their films. (NBCUniversal parent company Comcast has the TV-centric Peacock Network, but is also interested in transactional VOD since Comcast is a cable company and VOD platform.) The VOD paradigm still gives priority to theaters. In contrast, Disney’s priorities were reflected in the decision to release “Soul” on Disney + Christmas Day.

This also means that exhibitors have the opportunity to learn from their mistakes. Four decades ago, video rental wasn’t invented, and the emerging video industry didn’t have a specific path for retail sales. There was early interest between the independent exhibit and Warner Bros. that theaters could serve as retail stores – but other exhibitors and the theater trade organization NATO wanted nothing to do with supporting the video intruder. Like decades ago on TV, they hoped it would go away. Instead, they have lost the chance of partnership and a seat at the table.

The theaters had sole rights to films for almost a year when the video industry began. It shrank over the decades until it was a 90-day DVD and VoD exclusivity. With Premium VoD, access came about two weeks earlier. As in the previous video, exhibitors missed this opportunity to negotiate out of strength.

Just imagine: A few years ago when it became clear that Netflix was posing a threat to the studio and theater universes, what if a forward-looking exhibitor came to terms with the concept that 90-day windows might not last are? If theaters had acted when their strengths were greater, they might have been able to meet contractual obligations on longer, flexible windows based on the strength of a movie’s gross. You could possibly have negotiated a larger share of the VoD revenue. Theaters may even have enjoyed a period of exclusive VoD rights on their own platforms.

At this point, the cinemas have lost almost all leverage. The first film to break the window barrier was Focus Features’ Come Play, which opened on October 30th. It opened in over 2,000 movie theaters, although houses were scheduled to be available three weeks later.

Bookings for “Freaky”, which opens next Friday, and “Croods 2: New Age” (November 20th) were delivered with pre-set premium VOD dates (three and four weeks in advance, respectively). Among the domestic top racetracks, only Regal won’t play them (and only a handful of its theaters are open).

It was inevitable that the studios would express their advantage on the lucrative PVOD and streaming platforms. The exhibitors hoped that in this case the income from the theater would be sufficient. Not only was this the best and most reliable way to make a profit, those returns played a role throughout a movie’s life cycle.

COVID called this bluff. Studios could put their titles on hold or aggressively pursue the alternatives they had tried long before. Now that it has happened, theaters may have one last chance to position themselves for the future.

These were the details of the news PVOD vs. Streaming is the real battle, not theater vs.... for this day. We hope that we have succeeded by giving you the full details and information. To follow all our news, you can subscribe to the alerts system or to one of our different systems to provide you with all that is new.