Is Strictly canceled due to national lockdown? 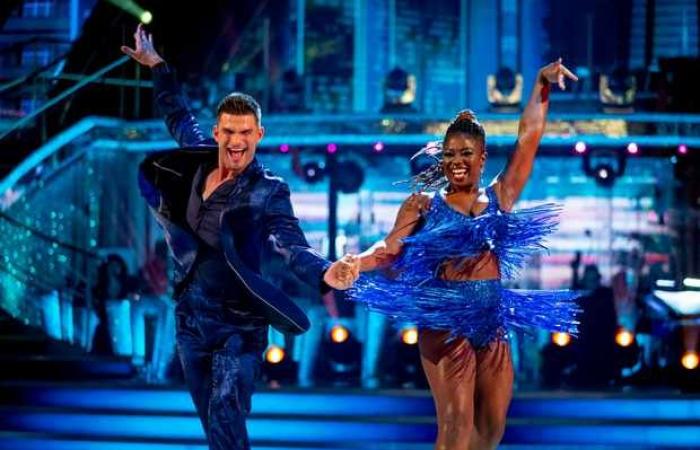 Many Strictly Come Dancing fans will wonder if the BBC One entertainment show can continue to add a bit of shine on Saturday night – or if it will be a victim of coronavirus restrictions.

We know the following so far:

What did Strictly say?

When asked if Strictly Come Dancing will continue despite the national lockdown announced by Prime Minister Boris Johnson as part of the coronavirus briefing, a Strictly spokesman said RadioTimes.com that there was no official comment.

The second week’s live show started a few minutes late thanks to Johnson’s briefing, which Tess Daly confirmed by saying, “On a tough night we’ll do our best to keep you entertained.”

Will Strictly continue despite the national lockdown?

The short answer is: we don’t know – but we do superior in order to!

The latest lockdown rules in England, which will go into effect Thursday 5th November, differ from the first lockdown in March.

The Prime Minister stressed that people should work from home whenever possible – but workplaces can remain open where this is not possible. And the BBC Strictly Studio in Elstree is certainly a place to work.

The changes mean people should WFH where possible

But where this is not possible, travel to a place of work will be permitted - e.g. this includes (but not exhaustive) elite sport played behind closed doors, film & tv production, telecoms workers

: “The changes mean that people should do WFH whenever possible. However, where this is not possible, travel to a workplace is permitted – this includes, for example (but not exhaustive) top-class sports that are played behind closed doors, film and television productions and telecommunications workers. ”

Earlier in October, The Sun reported an unnamed source, saying, “The BBC is fully prepared to remove this series of Strictly if it comes to a full lockdown. They couldn’t even postpone the show until early next year because of a number of issues, including the fact that they couldn’t use their usual studios. Although everyone hopes it won’t, preparations have been made if it does.

“Everyone who works on the show did their best to keep it on the air. If there is a local lockdown in London, where the studios are, Strictly bosses will ask for a special arrangement to see if they can continue. ”

However, it looks like they don’t even need to apply for a special arrangement under the lockdown rules announced on Saturday October 31st.

It is possible that Strictly will scrap the studio audience that has already been reduced to a small number of people in black face masks.

Speaking to Metro.co.uk in September, Strictly boss Sarah Jones stated that the show was prepared for any eventuality – which in theory would include filming during another lockdown.

The Strictly Come Dancing results will air on Sunday November 1st and (hopefully) continue with the third week live show on Saturday November 7th. Find out what is still going on in our TV program.

These were the details of the news Is Strictly canceled due to national lockdown? for this day. We hope that we have succeeded by giving you the full details and information. To follow all our news, you can subscribe to the alerts system or to one of our different systems to provide you with all that is new.