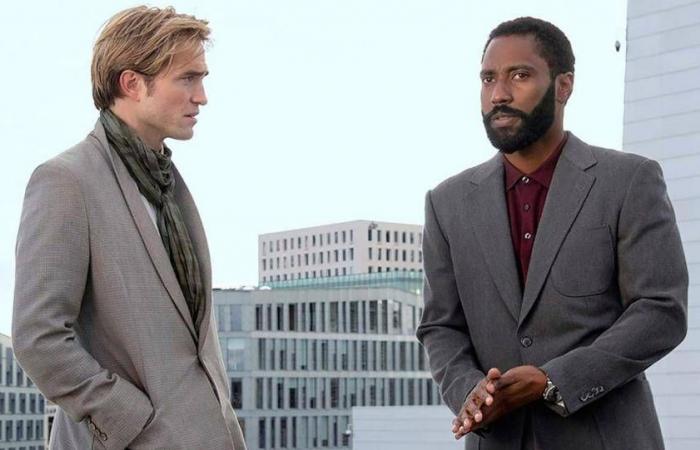 Thank you for reading the news about Tenet review: visit IMAX for the sequences, Mensa to... and now with the details

Aden - Yasmine El Tohamy - "Oh no I've gone cross-eyed." Austin Powers' response to time travel paradoxes in his second 1999 outing is legendary and, until today's Tenet viewing, a solid comic routine. However, having just emerged from an IMAX screening of the latest Christopher Nolan epic, we're going to require corrective surgery. Never mind the film's inverted objects and people, as a result of its plot our peepers are never returning to their regular position. The only solace: the movie's characters share in the confusion.

How can we possibly attempt to summarise the insurmountable? Tenet centres on former spy, the Protagonist (John David Washington), who is recruited into an even more secret agency fighting a temporal cold war with the ultimate aim to avoid a devastating future global conflict. Well cast in the role, Washington is joined by Neil (Robert Pattinson) a part James Wormold, part Q figure who appears to know more about the coming catastrophe than he initially lets on. The duo are introduced to main villain Andrei Sator (Kenneth Branagh) through art dealer ex-wife Kat (Elizabeth Debicki). Sator, an arms broker who can communicate with forces in the future, is hell-bent on ushering in Earth's imminent destruction and only the Protagonist and Neil can do anything about it by inverting themselves and chasing Sator through time.

First off we have to say, regardless of the convoluted storyline, the visuals and action sequences are worth the price of admission alone. There is no chance you will leave feeling short-changed. A doff of the cap has to go to scenes involving a 747 plane rolling into a building and a reverse car chase, both of which are in the trailer before we receive any spoiler accusations and are equally mesmerising. The breakneck speed with which the film takes us around various locations including Mumbai, London, Oslo and Tallinn must also be applauded.

Where the concept falls down however, is the complex hypotheses it presents with no real answers. At one point Neil and the Protagonist discuss a series of potential consequences to the fundamental contradictions time travel theory can elicit concluding with Neil answering a la Powers, "we just don't know, don't worry about it," or words to that effect. Throw some dialogue clarity issues into the mix - Nolan loves his actors talking whilst wearing masks - and there are just too many unavoidable potholes for us to be completely satisfied. 3/5

These were the details of the news Bollywood News - Tenet review: visit IMAX for the sequences, Mensa to... for this day. We hope that we have succeeded by giving you the full details and information. To follow all our news, you can subscribe to the alerts system or to one of our different systems to provide you with all that is new.