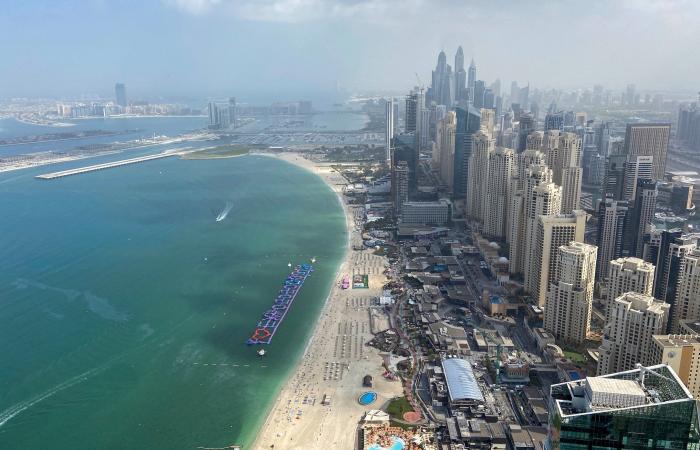 Thank you for reading the news about Dubai received 7.12m international overnight visitors in H1 20 and now with the details

Jeddah - Yasmine El Tohamy - DUBAI: Dubai attracted 7.12 million international overnight visitors between January and June 2022, an increase of more than 183 percent compared to the same period in 2021, according to the latest data from its Department of Economy and Tourism.

The figure puts the city on track to meet its tourism targets for 2022.

“The vision of His Highness Sheikh Mohammed bin Rashid Al-Maktoum, vice president and prime minister of the UAE and ruler of Dubai, to make Dubai the city of the future and the world’s best place to live, work and invest in has resulted in a resurgence of Dubai’s tourism sector,” said Dubai Crown Prince Sheikh Hamdan bin Mohammed bin Rashid Al-Maktoum. “The growth in tourists reflects the resilience and dynamism of the emirate’s economy. His Highness’s vision has helped Dubai create a strong and stable economic foundation and a dynamic business ecosystem, enabling it to become a leading global hub for diverse sectors.

“The rapid rise in international tourist arrivals puts Dubai on track to achieve its ambitious target of becoming the world’s most visited destination. In the years ahead, Dubai will continue to develop itself further as a destination that offers compelling value to international travelers.”

The number of tourists recorded in the first half of the year was close to that achieved in the first six months of 2019, which saw 8.36 million tourists arriving in Dubai.

Western Europe accounted for 22 percent of the total international visitors in the first six months of 2022. Visitors from the MENA region and Gulf Cooperation Council accounted for 34 percent, followed by South Asia with a 16 percent share.

The geographic spread reflects Dubai's strategy of attracting visitors from a diverse range of countries and visitor segments, mitigating the risks associated with over-reliance on any one region.

Between January and June 2022, the average hotel occupancy rate was 74 percent, one of the highest in the world.

The Dubai government said the highly encouraging industry performance was primarily due to its hugely successful six-month-long Expo 2020 Dubai, which had attracted 24 million visitors by the time it ended on March 31.

It also attributed the industry performance to the many events the city had hosted, including the Dubai Shopping Festival, Dubai Food Festival, the World Government Summit, Finance Blockchain Week, and the Dubai International Boat Show.

These were the details of the news Dubai received 7.12m international overnight visitors in H1 20 for this day. We hope that we have succeeded by giving you the full details and information. To follow all our news, you can subscribe to the alerts system or to one of our different systems to provide you with all that is new.