Pound falls as investors flee to dollar after disrupted freight 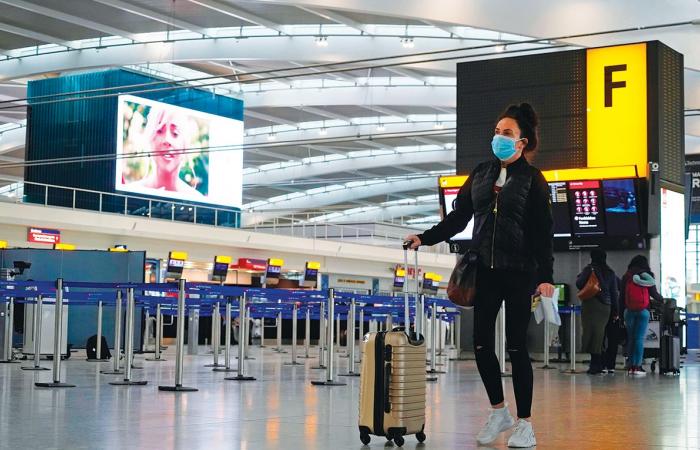 Jeddah - Yasmine El Tohamy - SAO PAULO: With Brazil’s normally ebullient Carnival likely to be curtailed by coronavirus next year, investment bankers are planning their own parade with a long lineup of Brazilian share offerings.

As COVID-19 vaccine hopes and record low interest rates entice investors into stocks, 30 firms are limbering up to list in Latin America’s largest economy in the first quarter of 2021, more than made their market debut during the whole of 2020. The backlog means that bankers who would usually head for the beach between New Year and Carnival in February will now be preparing a different kind of float from their virtual offices.

From steelmaker Companhia Siderurgica Nacional’s mining unit to Brazilian Walmart’s rebranded chain BIG, which is controlled by private equity firm Advent, the list reflects an eagerness among key shareholders to cash out or to raise fresh funds to finance growth.

Despite the coronavirus crisis, this year is set to end as Brazil’s busiest in the last 13 for share offerings, with 60 initial public offerings and follow-ons raising roughly $28.4 billion, also the highest volume in a decade.

But bankers are prepping for an even bigger equity-raising party in 2021 by Brazilian companies.

“2021 has all the potential to surpass 2007 in number of deals,” Claudia Mesquita, head of equity capital markets at Banco Bradesco SA, told Reuters. There were 88 share offerings by Brazilian companies in 2007. In terms of volume, Bank of America predicts some 150 billion reais ($29.5 billion) in 2021, while Itau Unibanco expects slightly less at 140 billion reais. With Brazil’s benchmark interest rate at a record low of 2 percent, the US presidential election resolved and growing hopes about vaccinations, even if not in time for the Carnival bacchanal, investors are increasingly embracing risk.

Despite a drop of as much as 45 percent in the Sao Paulo benchmark stock index earlier this year, local retail investors resisted the urge to unload their shares and many were even ready to buy into IPOs. The index is now up by more then 2 percent in the year.

“Brazilian retail investors have shown maturity this year as they did not sell their shares despite all the bumps. This is good news for companies planning IPOs,” Marcello Lo Re, head of Brazil equities capital markets at Morgan Stanley, said.

That “buy and hold” mentality clearly had its limits given that nearly half of the companies which made their debut this year are trading below their IPO prices. But bankers say low interest rates are likely to continue boosting risk appetite of local investors, with few high-return alternatives. Some companies may also anticipate IPOs they otherwise would have left for 2022, likely to see added volatility with Brazilian presidential elections, Roderick Greenlees, head of investment banking at Itau Unibanco Holding SA said.

In another probable boost, international investors, who mostly stayed on the sidelines this year, are slowly returning.

Buyers from outside Brazil bought more than half of the shares that hospital chain Rede D’Or floated this month, in the biggest IPO by a Brazilian company since 2013.

These were the details of the news Pound falls as investors flee to dollar after disrupted freight for this day. We hope that we have succeeded by giving you the full details and information. To follow all our news, you can subscribe to the alerts system or to one of our different systems to provide you with all that is new.