The Israir sale process may be halted: bids are not high... 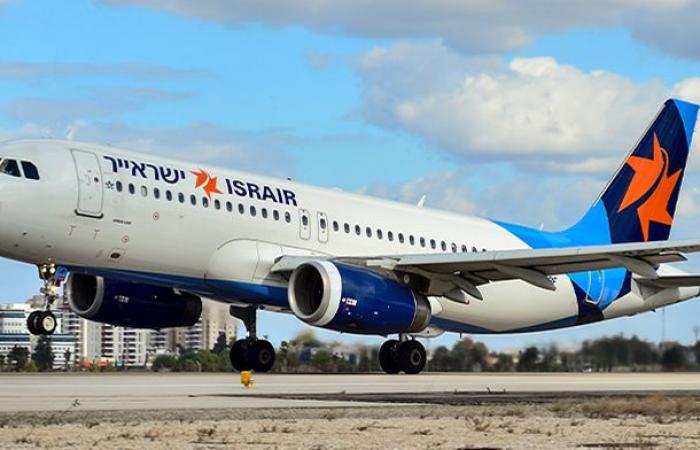 A moment before the decision on the identity of the buyer toIsrair – The sale procedure of the company may be stopped. Adv. Ofir Naor was appointed on behalf of the court as a trustee for my assets IDB Announced last week that by November 30, it will make a decision regarding the identity of the buyer of Israir among the six offers received. But it seems that a decision will not necessarily be made at this stage. Advocate Naor clarified to Globes that “Considering the significant improvements in the company’s performance, the rise in world airline prices – if we do not receive proper offers there is a possibility that I will stop the process”, he further explained that “we have inquiries from bondholders not to sell at current prices” .

The results discussed by the Trustee relate to Israir’s third quarter data. According to data released by the company, its sales turnover in the third quarter of the year amounted to about $ 20 million, compared to $ 128 million last year and compared to $ 12 million in the second quarter of the year. The improvement compared to the second quarter of 2020 reflects the policy pursued by Israir’s CEO Uri Sirkis Throughout the period and it is of operating domestic and international flights, including flights to return Israelis – despite and despite the limitations of the corona and at the time asked about and Arkia chose the route of silence. Through sales and streamlining moves, Israir managed to reduce its net loss in the quarter to $ 3.5 million compared to a net loss of $ 10 million in the second quarter of 2020. In the corresponding quarter last year, the company’s profit amounted to $ 11.3 million.

The trustee also takes into account momentum that may work in favor of Israir and is the launch of direct flights to Dubai. Israir is scheduled to launch its first flight on the route this week (assuming all the necessary approvals are received) and it expects to fly tens of thousands of Israelis during the month of December.

Fortissimo Foundation with the highest bid

The high offer to buy Israir has meanwhile been submitted by the Fortissimo Fund, which after upgrading its original offer offers to buy 90% of Israir’s shares for NIS 75 million in cash and invest another NIS 25 million in the company immediately after closing the deal, without diluting IDB’s holding. , Which will remain 10%. In addition, the fund offers to transfer another NIS 50 million to Israir in the next two years, in accordance with the company’s needs. The outline of the deal reflects Israir’s value of NIS 108 million immediately and a value of more than NIS 150 million after the investment in the next two years. The fund also offers to waive the debt owed by IDB to Israir in the amount of $ 5 million (NIS 17 million). For IDB and its creditors, this is an immediate consideration of NIS 75 million, plus an additional holding of 10% of the shares worth NIS 10.8 million. In addition, the cancellation of the debt reflects a benefit of NIS 17 million (or about NIS 10 million according to economic value). Following the offer, the trustee sent the other bidders the option to upgrade their bids until November 30, which he defined as the “deadline.”

The other two proposals that the trustee is examining at the same time are those submitted by Moti Ben Moshe through Dor Alon, which stated a price of NIS 90 million in cash together with IDB’s debt waiver (worth NIS 17 million, or NIS 10 million according to economic value), so For a total of NIS 107 million to the company’s creditors. Rami Levy’s original offer through BGI Investments, which he controls together with Taaman, includes a payment of NIS 70 million in cash and another 8.937 million BGI shares worth about NIS 11 million. Other offers placed on the trustee’s table were from Global Wings, which controls El Al until recently, the Nakash family, which offered to merge Israir and Arkia into a listed company, and a chassis company controlled by Arie Friedenson, which submitted a joint bid with Amnon Sela For NIS 80 million in cash.

Israir has been on the shelf for two years. In early 2020, IDB negotiated with a number of potential buyers, including the Fortissimo Fund, which at the time was negotiating the acquisition of the company for about $ 50 million. IDB Female is at a record high of $ 70 million per company. It now appears that the trustee is seeking to receive proposals on a scale similar to those heard even before the Corona crisis.

These were the details of the news The Israir sale process may be halted: bids are not high... for this day. We hope that we have succeeded by giving you the full details and information. To follow all our news, you can subscribe to the alerts system or to one of our different systems to provide you with all that is new.