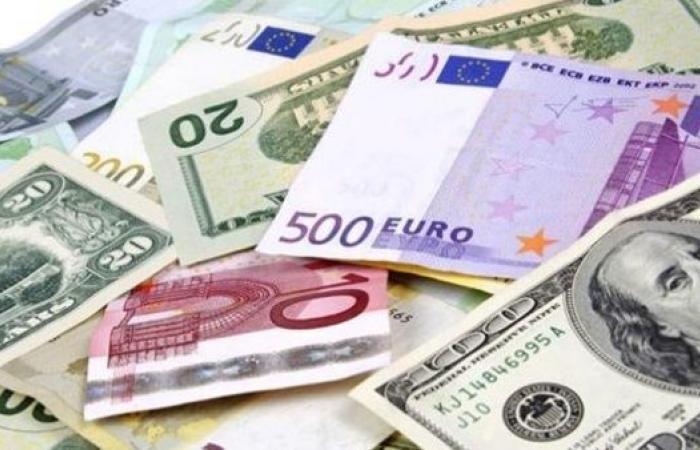 Al-Dustour presents foreign and Arab currencies and exchange rates in front of the Egyptian pound in various Egyptian banks, today Monday 9-11-2020, which differ from one bank to another, whether in governmental or private Egyptian banks, according to the supply and demand policy on which the liberation system is based Exchange.

Foreign exchange rates against the pound

The prices of foreign currencies today in the National Bank of Egypt are the same as the currency rates in Banque Misr, whether when buying or selling in the most prominent currencies, which are the US dollar, the European euro, the sterling, the Japanese yen and the Saudi riyal.

Foreign exchange rates at the Commercial International Bank (CIB) differed from those of the “Misr and Al-Ahly Bank of Egypt” bank, where the price of the US dollar when buying was recorded at 15.61 Egyptian pounds, and when selling was 15.71 Egyptian pounds.

These were the details of the news Foreign exchange rates today in banks for this day. We hope that we have succeeded by giving you the full details and information. To follow all our news, you can subscribe to the alerts system or to one of our different systems to provide you with all that is new.