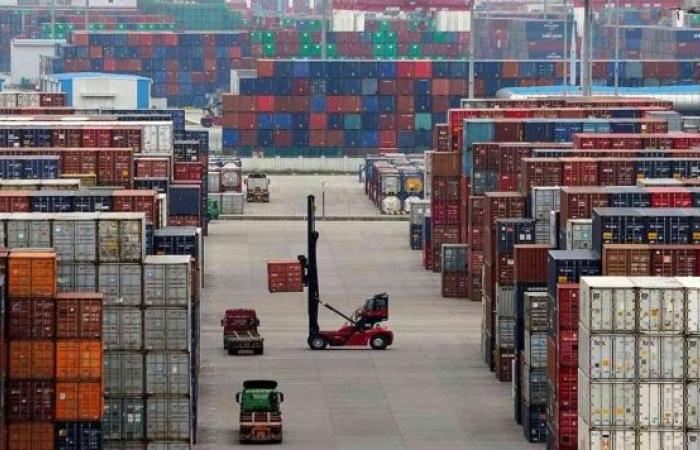 China’s exports recorded strong growth again last month, in an improvement that comes on the back of a recovery in consumption by its main trading partners, according to official data today.

But import growth weakened after a big spike in September, while analysts expect a decline in the value of imports to affect the headline figures.

Despite the damage caused to the countries of the world by the “Covid 19” epidemic, which started mainly in China, the second economic power in the world recorded a better performance than expected, thanks to shipments related to the health sector.

Exports rose by 11.4% in October compared to the same period of the previous year, according to customs data. This is better than the 8.9% forecast by economists surveyed by Bloomberg.

This rate is the fastest since March last year, which strengthens China’s economic recovery in the wake of this year’s closure measures to curb the spread of “Covid 19”.

Imports grew by 4.7%, less than the expected 8.8%, compared to the same period of the previous year.

The Customs Administration said today that China’s exports of automatic and electronic products increased in the first ten months, as was the case with regard to its exports of textiles, including masks, which increased by 35% over the previous year.

Tommy Xie, research officer related to “Greater China” at OCBC Bank, told AFP that the main driver of October’s exports was shipments to the United States.

He pointed out that this came as a result of “loading (the shipments) ahead of schedule, in part due to fears of a possible escalation of tension and before the American elections.”

Tensions have escalated between the United States and China in recent years under US President Donald Trump.

China’s trade surplus with the United States, an issue that is a major cause of the trade war with Washington, rose by 19 percent compared to the previous year.

The Chinese Customs Administration stated that the Asian giant recorded a surplus of 31.37 billion dollars last month in the trade balance with the United States, out of a total of 58.44 billion dollars, according to figures released today.

This is the largest bilateral trade surplus for China this year after the July and September figures (4.32 billion and 34.2 billion dollars respectively), despite China’s promises to buy US products.

But this number is a slight increase from the $ 30.8 billion recorded in the previous month.

Although the imports were below expectations, Xie noted that shipments remained strong for certain products, including iron ore and integrated electronic circuits, in light of tension with Australia, which is among the main exporters of these products.

Iris Pang, chief economist for Greater China at ING, said that the country’s long holiday in early October may have affected imports.

And “Capital Economics” warned in a report this week that recent data indicated a decline in new demands on exports in October, indicating that “external demand began to ease after the new closure measures imposed abroad.”

The high number of infections in key markets, including the United States and Europe, will affect demand abroad at a time when China is making efforts this year to make domestic consumption an engine for its growth.

“Most of the measures indicate that domestic demand has continued to improve, while investment in infrastructure, which forms the core of the current stimulus (of the economy), is heavily dependent on imports,” it stated.

These were the details of the news Record growth of 11.4% in China’s exports in October – the... for this day. We hope that we have succeeded by giving you the full details and information. To follow all our news, you can subscribe to the alerts system or to one of our different systems to provide you with all that is new.