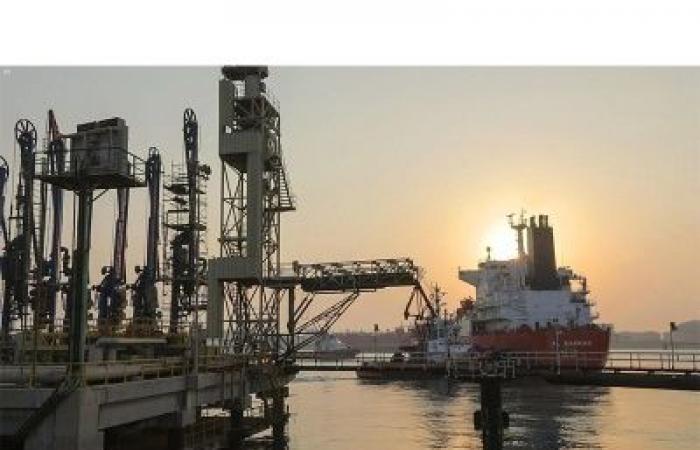 Saudi Aramco and the Japan Energy Economics Institute (IEEJ), in partnership with SABIC, succeeded in producing and exporting the first shipment of blue ammonia from Saudi Arabia to Japan with the support of the Japanese Ministry of Economy, Trade and Industry (METI). Forty tons of high-quality blue ammonia were exported to Japan for use in carbon-free power generation.
This achievement comes amid growing expectations for the role that hydrogen will play in the global energy system, as ammonia – a compound consisting of three atoms of hydrogen and one atom of nitrogen – can contribute to meeting the challenges of rising global energy demand in a reliable, sustainable and affordable way.
The Saudi-Japanese blue ammonia supply network extends across the entire value chain, including converting hydrocarbons into hydrogen and then into ammonia, and at the same time capturing associated carbon dioxide emissions, and the challenges associated with shipping blue ammonia to Japan for use in power plants. 30 tons of carbon dioxide were captured during the process designated for use in methanol production at SABIC’s Avicenna facility, and another 20 tons of carbon dioxide captured was used to improve the oil recovery (EOR) process in the Uthmaniyah field.
This achievement highlights one of the many pathways within the Circular Carbon Economy (CCE) concept, which is a framework in which carbon dioxide emissions are reduced, removed, recycled, and reused – rather than released into the atmosphere.
The chief technical officer of Saudi Aramco Ahmed Al-Khwaiter expected that the use of hydrogen in the global energy system will increase, as this first shipment in the world represents an important opportunity for Saudi Aramco to display the potential of hydrocarbons as a reliable source of hydrogen and low carbon ammonia, noting the successful partnership between Saudi Arabia and Japan, which is considered Key to achieving a circular carbon economy, which the Kingdom supports during its current presidency of the G20 summit, noting that Saudi Aramco is working with various partners from around the world to find solutions by deploying advanced technologies to produce low-carbon energy to meet the global climate challenge.
For his part, Chairman and CEO of the Japan Energy Economics Institute, Masakazu Toyoda, considered blue ammonia to be very important to Japan’s ambitions in terms of reducing carbon emissions in order to maintain a balance between the environment and the economy, and about 10% of the energy in Japan can be generated by 30 million tons of blue ammonia. Emphasizing the possibility of starting to release this substance jointly in the current power stations, and then moving to the end to mono-burning of 100% of blue ammonia, as there are countries such as Japan that cannot necessarily benefit from carbon capture, exploitation and storage, or the process of recovering oil due to their geological conditions. Neutral ammonia / blue carbon hydrogen will help overcome this drawback.
For his part, SABIC Vice President for Energy Efficiency and Carbon Management, Dr. Fahad Al-Shuraihi, noted the possibility of economically benefiting from the existing infrastructure for hydrogen and ammonia production through carbon dioxide capture, as experimentation in the entire supply chain along with integrated petrochemical facilities will play an important role in providing ammonia. Blue to the world.
Ammonia contains about 18% of hydrogen by weight, a chemical that is widely traded globally, does not release carbon dioxide emissions when burned in the thermal power plant, and has the potential to make a major contribution to the future of clean, safe and affordable energy. SABIC and Mitsubishi – represented in the study team of the Japan Energy Economics Institute – oversee the logistical transportation process in partnership with JGC Corporation, Mitsubishi Heavy Industries – Engineering, Mitsubishi Shipbuilding, and UBE Industries.
(SPA)

These were the details of the news Saudi Arabia begins production and export of blue ammonia for this day. We hope that we have succeeded by giving you the full details and information. To follow all our news, you can subscribe to the alerts system or to one of our different systems to provide you with all that is new.