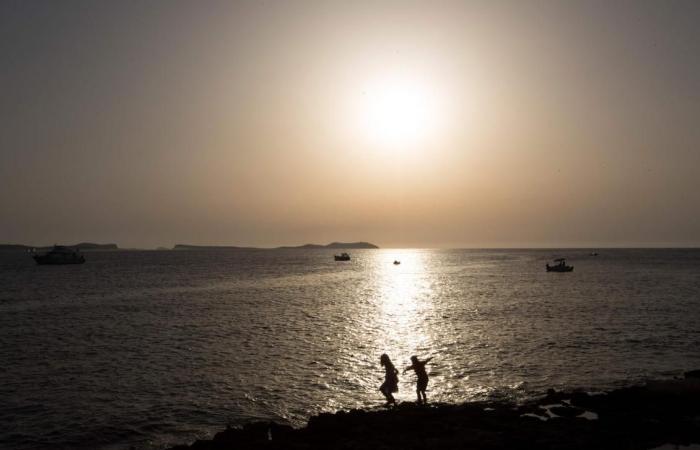 Jeddah - Yasmine El Tohamy - HONG KONG: HSBC said Monday profits for the first half of 2020 plunged by 69 percent on year as the banking giant was hammered by the coronavirus pandemic and spiraling China-US tensions.
The lender reported post-tax profit of $3.1 billion while pre-tax profit was $4.3 billion, a 64 percent drop on the same period last year. Reported revenue was down nine percent at $26.7 billion.
The figures missed analyst forecasts and the bank also raised its estimate for 2020 loan losses from $8 billion to $13 billion.
Chief executive Noel Quinn described the first six months of the year as “some of the most challenging in living memory.”
“Our first-half performance was impacted by the COVID-19 pandemic, falling interest rates, increased geopolitical risk and heightened levels of market volatility,” he said in a statement to the Hong Kong stock exchange.
Even by the standards of the current economic maelstrom engulfing global banks, HSBC has had a torrid time.
Before the coronavirus crisis it was beset by disappointing profit growth, ground down by US-China trade war uncertainties and Britain’s departure from the European Union.
The Asia-focused lender embarked on a huge cost-cutting initiative at the start of the year, including plans to slash about 35,000 jobs as well as trimming fat from less profitable divisions, primarily in the United States and Europe.
The coronavirus upended some of that cost-cutting drive with banks hammered by market volatility and the economic slowdown caused by the pandemic.
But HSBC has a further headache — geopolitical tensions via its status as a major business conduit between China and the West.
HSBC makes 90 percent of its profit in Asia, with China and Hong Kong being the major drivers of growth.
As a result, it has found itself more vulnerable than most to the crossfire caused by the increasingly bellicose relationship between Beijing and Washington.
The bank has tried to stay in Beijing’s good graces.
It vocally backed a draconian national security law that Beijing imposed on Hong Kong in June to end a year of unrest and pro-democracy protests.
The move sparked criticism in Washington and London but analysts saw it as an attempt to protect its access to China, which has a track record of punishing businesses that do not toe Beijing’s line.
But that has not shielded it from Beijing’s wrath.
Last month the bank was a subject of multiple reports in China’s state-run media claiming that it had helped to provide the evidence that led to the arrest in Canada of Huawei executive Meng Wanzhou on a US arrest warrant.
HSBC released a statement on its Chinese Weibo accounts saying it had not “framed” telecom giant Huawei or “fabricated evidence” that led to the arrest of Meng.
China’s Internet censors blocked access to HSBC’s statement within hours of publication, without offering an explanation.
Quinn referenced the bank’s growing political vulnerability in Monday’s statement.
“Current tensions between China and the US inevitably create challenging situations for an organization with HSBC’s footprint,” he said.
“However, the need for a bank capable of bridging the economies of East and West is acute, and we are well placed to fulfil this role,” he added.
The bank’s Asia operations continued to show “good resilience,” Quinn said, with profit before tax of $7.4 billion.
Earlier this year Quinn put some of the job cuts on hold as the pandemic struck.
But in Monday’s statement he vowed to press ahead with the cost-cutting.
“As we seek to accelerate our transformation in the second half of the year, I am mindful of the impact it will have for some of our people, particularly those leaving us,” he said.

These were the details of the news Spain’s international tourist arrivals drop 98% in June for this day. We hope that we have succeeded by giving you the full details and information. To follow all our news, you can subscribe to the alerts system or to one of our different systems to provide you with all that is new.