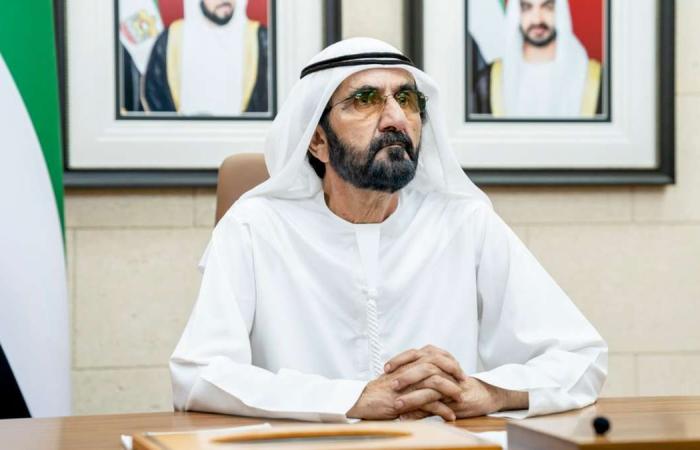 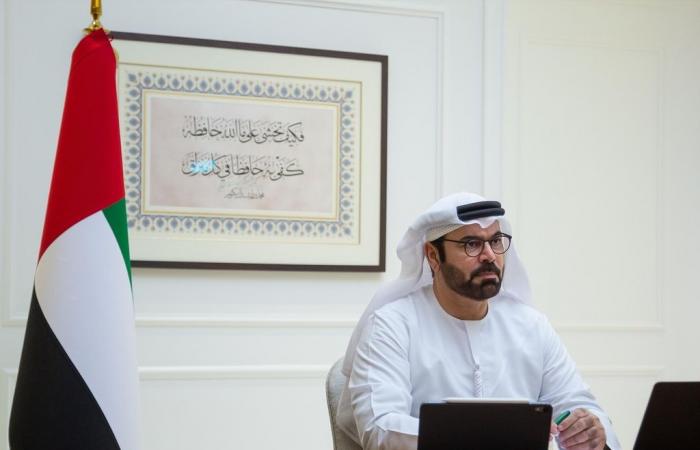 Thank you for your reading and interest in the news Coronavirus: Sheikh Mohammed bin Rashid calls for UAE to make 'fastest recovery' from pandemic and now with details

Hind Al Soulia - Riyadh - Sheikh Mohammed bin Rashid spoke of the need to protect public health, the economy and the UAE's way of life in an online meeting to develop the nation's post Covid-19 strategy.

The Vice President and Ruler of Dubai called on officials to combine to form an "Emirates team" that would ensure the country made the fastest recovery from a crisis gripping the globe.

Sheikh Mohammed is leading the three-day remote government meeting, bringing together ministers, secretaries general of executive councils and officials from more than 100 federal government and local authorities, and international experts.

The goal is to draw up a plan for the UAE after the Covid-19 virus crisis .. a plan that will ensure that we are the fastest country in recovery

"My confidence in you is great. The main task today is for us to advance the Emirates faster than any country in the world.

"The goal is to draw up a plan for the UAE after the Covid-19 virus crisis, a plan that will ensure that we are the fastest country in recovery."

The Vice President even revealed a poem he wrote in tribute.

“This disaster showed us your reality, a true friend and a great leader. Your support inspired all of us," Sheikh Mohammed wrote on Twitter.

The six main areas of focus for the meeting include health, education, the economy, food security, society and government.

Ministers and officials have been discussing and taking part in interactive sessions.

The aim is to produce business plans, policies and means to ensure the short, medium and long-term development of the UAE’s government work, and enable the country to tackle economic and social challenges.

The meeting also discussed rebuilding the government's working system to manage the crisis with flexibility.

On Monday, the penultimate day of the meeting, the session was attended by senior UAE Cabinet members.

Sheikh Saif praised the government's response to the pandemic, saying authorities were quick to leap into action to contain the spread of the virus.

"At a time when the countries were concerned about the repercussions of Covid-19, the UAE sprang into action to not only to help Emiratis stranded outside its borders, but also to help people from other countries," he said.

Mohammed Al Gergawi, Minister for Cabinet Affairs and the Future, said the government must now plan for life after the virus and consider how to protect its financial and human resources.

"After the crisis there will be a new world order and geopolitical changes," Mr Al Gergawi said.

"As the role of governments increases, technology will control a large part of daily life and the shape of the economy will change with the decline of old sectors and the emergence of new sectors."

He said a flexible government model would be needed and must be able to respond quickly to provide solutions to emerging issues.

"It is important to establish a new culture, new skills and different systems and to abandon traditional methods of work, such as working remotely permanently for some groups."

He said the crisis was a chance to change society's culture and reassess unnecessary spending on luxuries.

"We need a plan to engineer a new culture for society, which ensures that our youth and future generations have a strong financial culture after the crisis," Mr Al Gergawi said.

These were the details of the news Coronavirus: Sheikh Mohammed bin Rashid calls for UAE to make 'fastest recovery' from pandemic for this day. We hope that we have succeeded by giving you the full details and information. To follow all our news, you can subscribe to the alerts system or to one of our different systems to provide you with all that is new.