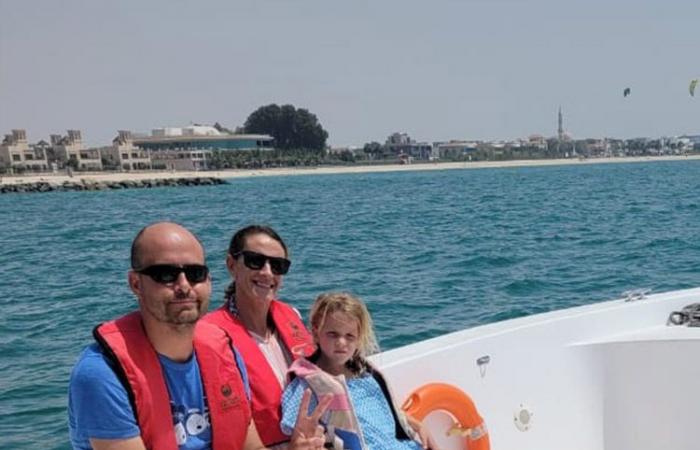 Hello and welcome to the details of Dubai Police rescue family, prevent yacht from colliding with rock breaker and now with the details

The Dubai Police maritime rescue patrols have recently rescued a Spanish family after their yacht broke down due to a technical glitch near a rock breaker in Jumeirah.


The swift response to the family's report contributed to preventing the yacht from drifting and colliding into the rock breaker despite the strong sea currents and high waves.


According to Colonel Dr Hassan Suhail Al Suwaidi, Director of Ports Police Station, the Command-and-Control Centre at Dubai Police received a distress call from the Spanish family as their yacht broke down at the sea.

"The Station, which has across nine marine points across in Dubai, immediately responded to the call and handled the situation with extreme finesse and professionalism", he confirmed.


Al Suwaidi explained that the rapid response of Dubai Police rescue teams contributed to saving the lives of the Spanish family by preventing their yacht from drifting uncontrollably towards the rock breaker.

Lieutenant Colonel Ali Abdullah Al Naqbi, Head of the Maritime Rescue Department at the Ports Police Station, said the maritime rescue patrols were immediately dispatched to the yacht coordinates which was being hit by the high wave and strong currents thus endangering the lives of the six-member family, including children, on board.

Al Naqbi said their top priority was to secure the family whose yacht had broken down where currents might have caused it to drift and crash into a nearby rock breaker.


“Our teams helped the family transfer to a rescue boat and provided them with life jackets before they were transferred to safety ashore,” “We then towed the broken-down yacht out of the sea onto the port,” he added.


Meanwhile, the Spanish family expressed their thanks to Dubai Police for the speedy action and rescuing them and maintaining their safety. They pointed out that rescue teams reached their location in less than five minutes.

These were the details of the news Dubai Police rescue family, prevent yacht from colliding with rock breaker for this day. We hope that we have succeeded by giving you the full details and information. To follow all our news, you can subscribe to the alerts system or to one of our different systems to provide you with all that is new.