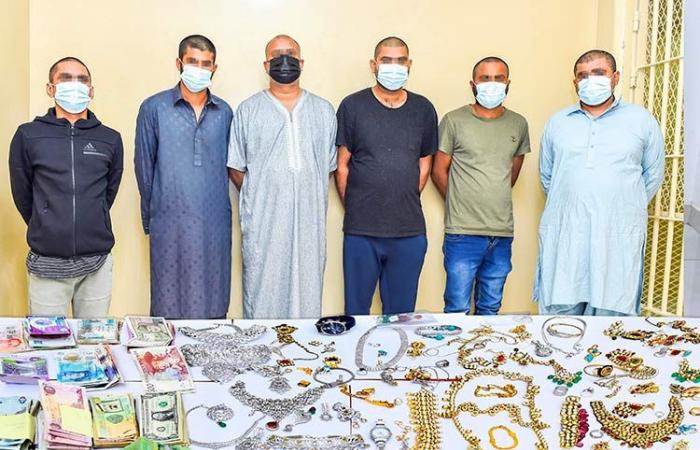 Hello and welcome to the details of Police nab gang involved in robbery of jewellery, cash worth Dhs415,000 from Sharjah house and now with the details

Nevin Al Sukari - Abu Dhabi - Suspects with the cash and jewellery seized from them.

The Sharjah Police General Directorate have successfully arrested an Asian gang of nine members, including a woman, for breaking into a house in Sharjah and stealing cash and jewellery worth over Dhs415,000.

After receiving report of a robbery at a house police initiated an investigation and nabbed the the first suspect, who later lead police to the whereabouts of the other 8 suspects.

The rest of the gang members were apprehended one after the other, and have confessed to distributing roles to execute their robbery plan.

Colonel Omar Abu Al Zoud, Director of the Criminal Investigation Department at Sharjah Police, explained that a robbery report was filed by an Emirati victim, claiming that the house was robbed while she was out.

The victim stated that after returning home, she noticed that the front door was open, and the windows’ nets of her room and her mother’s room were cut.

She entered the house and found gold jewellery were missing, besides cash amounts of Dhs300,000 and foreign currencies worth Dhs415,675 that were kept inside their rooms.

Investigations revealed that the descriptions given on one of the robbers were similar to an ex-convict who followed the same modus operandi in his robberies.

Accordingly, the first suspect was arrested and his house was searched to find the cash and jewellery.

He admitted to committing similar house robberies and lead police to the whereabouts of the other 8 suspects.

Upon their confession, police learnt that the gang were distrusting roles to receive the stolen jewelry, discharge it and receive cash to be transferred abroad.

The gang members were referred to Sharjah Public Prosecution to face robbery charges.

Last but not least, Colonel Abu Al Zoud called on members of the community to install house surveillance cameras, pointing out their important role in revealing house robberies.

He also urged them to keep their valuable items, such as gold and cash, in safe places that are difficult to reach.

These were the details of the news Police nab gang involved in robbery of jewellery, cash worth Dhs415,000 from Sharjah house for this day. We hope that we have succeeded by giving you the full details and information. To follow all our news, you can subscribe to the alerts system or to one of our different systems to provide you with all that is new. 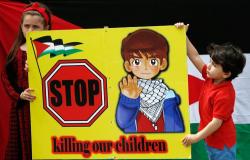 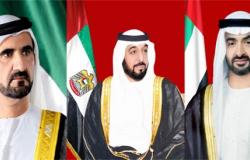