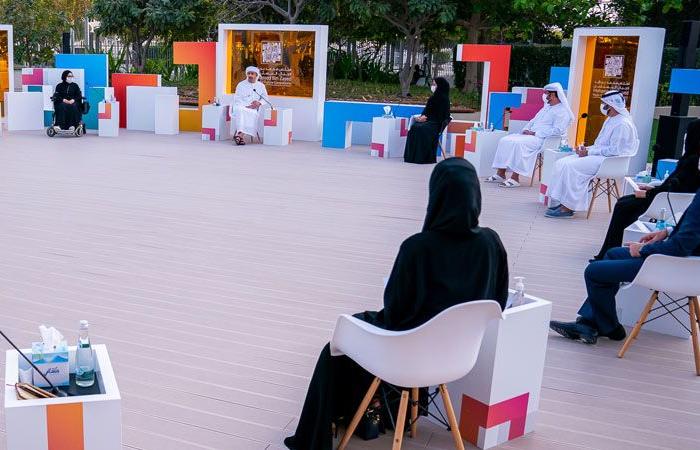 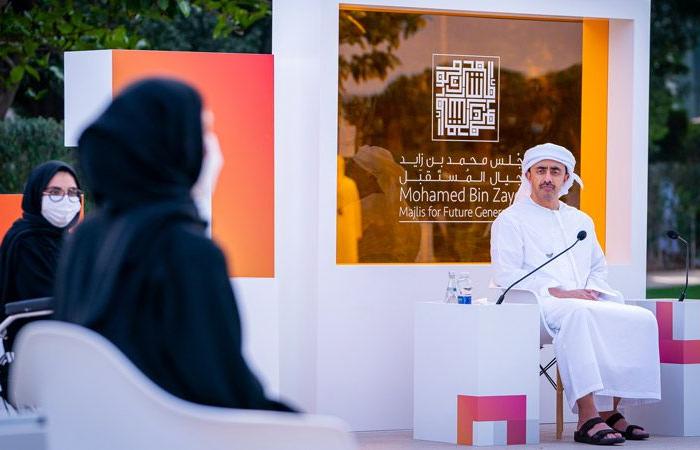 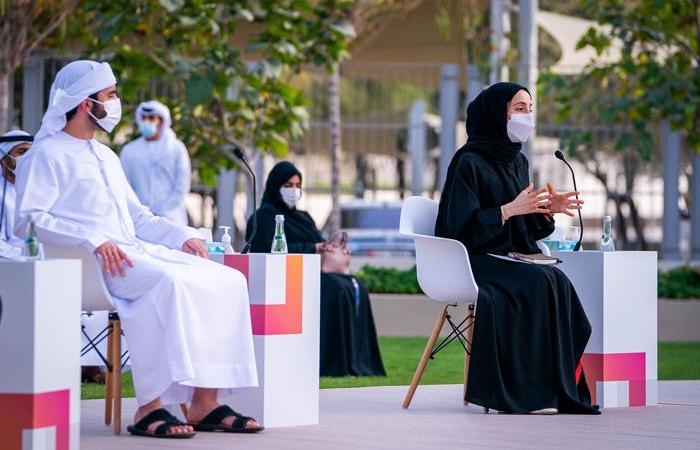 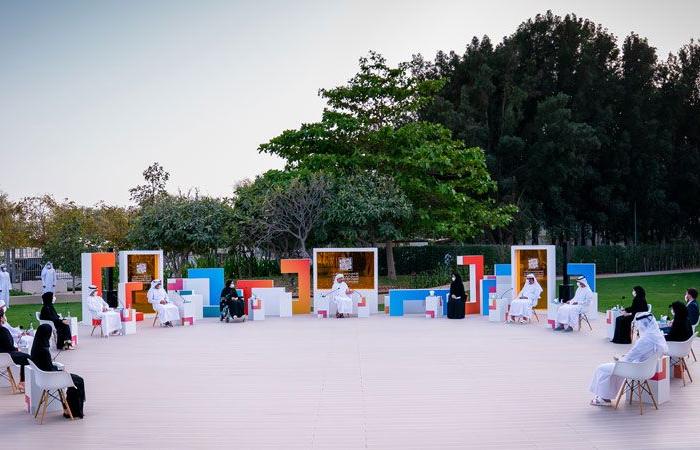 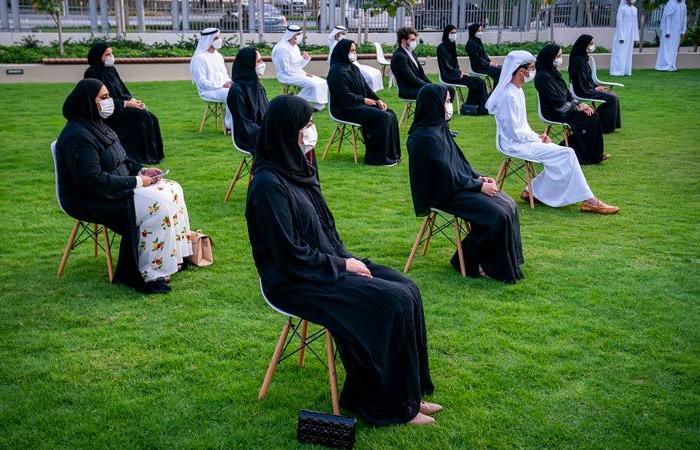 Hello and welcome to the details of UAE defies the impossible, its ambitions have no limits, says Sheikh Abdullah and now with the details 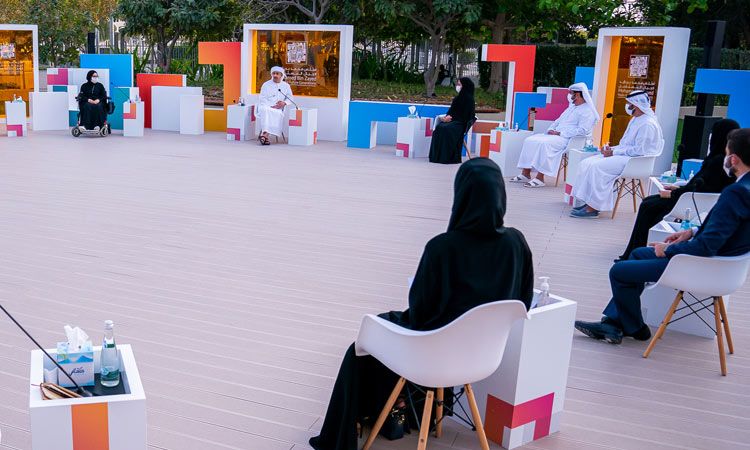 Nevin Al Sukari - Abu Dhabi - Sheikh Abdullah Bin Zayed speaks during a discussion session at the inauguration of the third edition of the "Mohamed Bin Zayed Majlis for Future Generations" in Abu Dhabi on Sunday. WAM

Sheikh Abdullah Bin Zayed Al Nahyan, Minister of Foreign Affairs and International Cooperation, stressed that success can only be achieved through work and is not an entitlement, adding that the UAE is a country that defies the impossible and whose ambition has no limits.


He made this statement during a discussion session at the inauguration of the third edition of the "Mohamed Bin Zayed Majlis for Future Generations," under the theme, "Thriving in the Next Normal," with the participation of key leaders and decision-makers from around the world, as well as experts and over 13,000 young people. 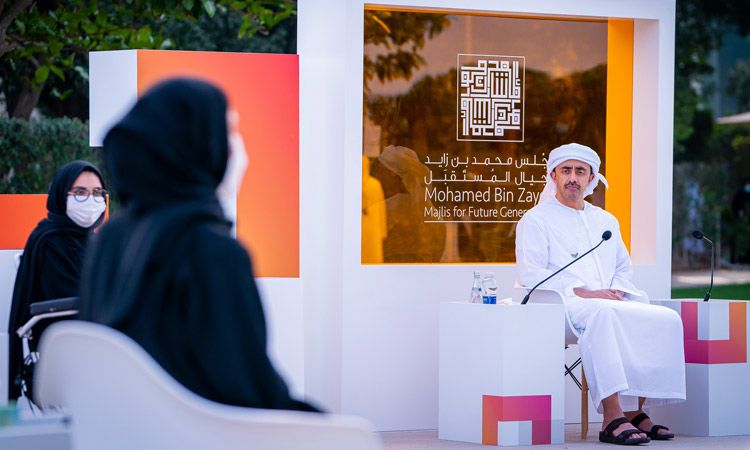 
"The UAE’s history is full of examples of good governance and crisis management, and the COVID-19 crisis is an example that demonstrates the wisdom of the country’s leadership in terms of effectively managing crises, reflected by the words of His Highness Sheikh Mohamed Bin Zayed Al Nahyan, Crown Prince of Abu Dhabi and Deputy Supreme Commander of the UAE Armed Forces, to the public during the crisis, when he said, ‘Do not worry,’ highlighting the fact that the UAE’s leadership prioritises the people above everything else," Sheikh Abdullah further said.

"Few countries have managed to overcome the pandemic and moved forward with their programmes and plans. The UAE is one of these countries, due to its proactive action and alternative plans," he further added. 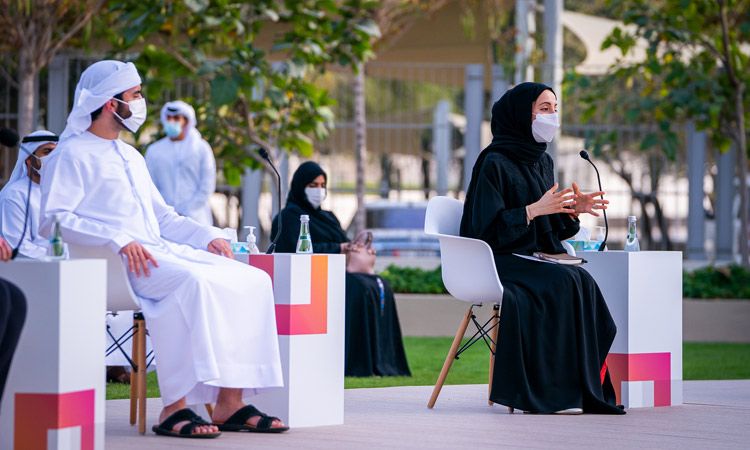 A participant takes part in a discussion session of the "Mohamed Bin Zayed Majlis for Future Generations." WAM

During the session, Sheikh Abdullah stressed that the majlis underscores the UAE’s modernisation and development model, through gathering older and new generations to exchange expertise and knowledge.

"Since its establishment, the UAE has encountered many challenges that are completely different from current challenges. Back then, these challenges were more serious and resources were minimal. However, the country’s leadership had a wise vision and perseverance and young national cadres were determined to overcome these challenges. Due to their efforts, the UAE became what it is today," he said. 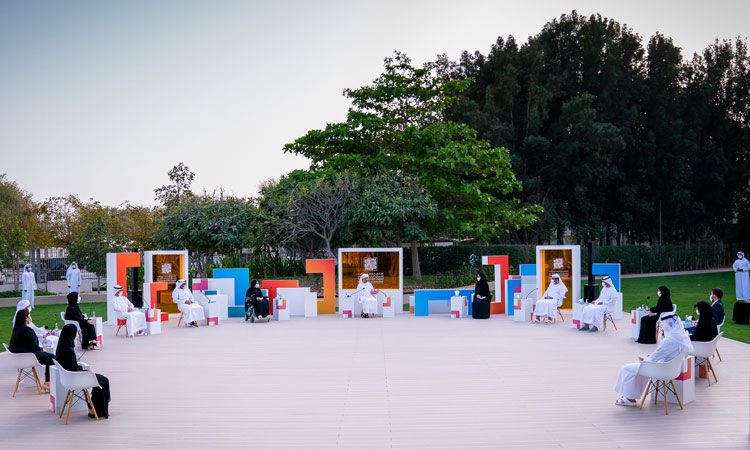 The UAE established an advanced system for managing its energy resources and protecting the environment, he added while quoting the wisdom of the late Sheikh Zayed Bin Sultan Al Nahyan, who ordered everyone to find ways of reducing the carbon footprint associated with oil production in the 1970s, highlighting the UAE’s commitment to sustainability since its establishment.

He also pointed out that the UAE plays a key role in the global dialogue related to protecting the environment, noting that it is keen to adopt the highest standards of sustainability in oil production. Moreover, the country aims to diversify its sources of energy by adding clean and renewable energy to its energy mix, he added, affirming that the country’s latest achievement was the launch of the Barakah Nuclear Power Plant, which is complemented by its investment in solar and wind power and related technologies. 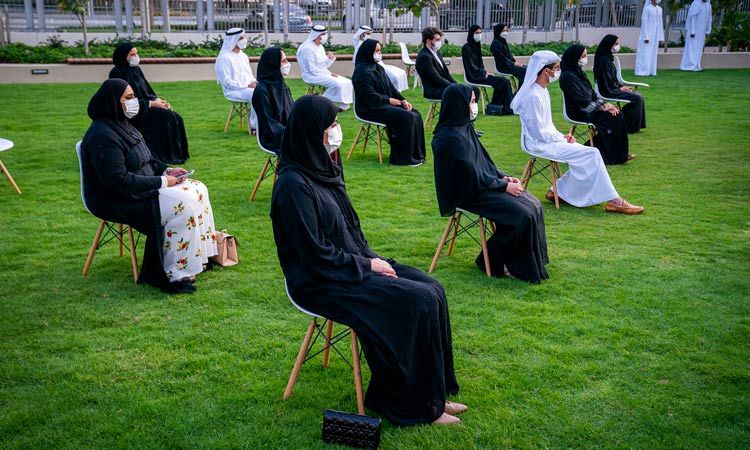 "The world has seen a decline in commitment to utilising renewable and sustainable energy. However, the UAE is advancing steadily towards achieving sustainability, by contributing to the development of clean and renewable energy, as well as launching other economically feasible projects. We are, therefore, cooperating with relevant international parties, such as the International Renewable Energy Agency (IRENA)," Sheikh Abdullah stated.

He then highlighted the importance of raising the awareness of the youth and the general public in the UAE about mental illness, as well as the availability of studies on how to treat such illnesses.

Sheikh Abdullah stressed that the UAE plays a leading role in science and culture, noting that there is a correlation between these two fields, as promoting culture and the national identity reinforces the capacities of individuals to generate diverse intellectual, scientific and cultural outcomes.

He also asserted that diversity and participation are among the values that the UAE is proud of, as they enabled the country to attain a distinguished position within the international community while explaining that due to these advantages, the country has accomplished many achievements, most notably the launch of the Hope Probe and the completion of the first unit of the Barakah Nuclear Power Plant.

Sheikh Abdullah then addressed the importance of preparing children and empowering them, stressing that children should be raised to become determined and passionate about their objectives and success.

"The UAE is a country that only accepts the first place and whose efforts have reached the planet, Mars. It is a country that has advanced over the past five decades despite the world’s problems. Oh, the youth of this country, this is your chance to continue its journey and double its achievements," he said in conclusion.

These were the details of the news UAE defies the impossible, its ambitions have no limits, says Sheikh Abdullah for this day. We hope that we have succeeded by giving you the full details and information. To follow all our news, you can subscribe to the alerts system or to one of our different systems to provide you with all that is new. 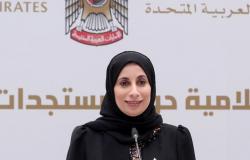 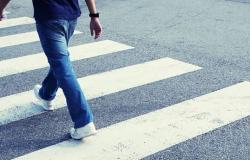 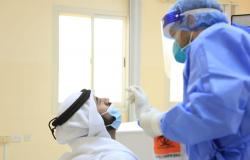