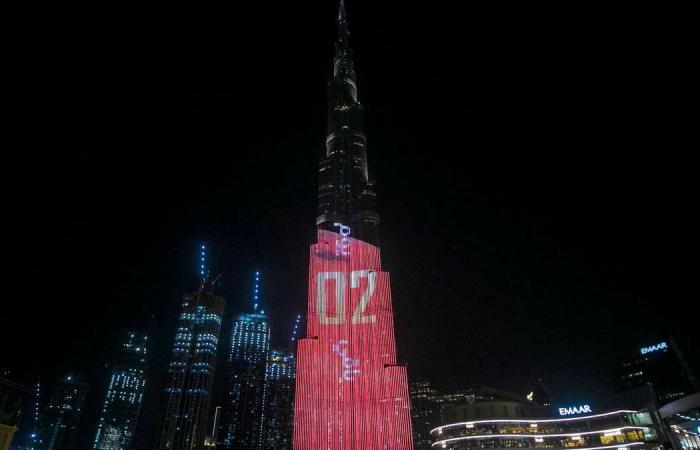 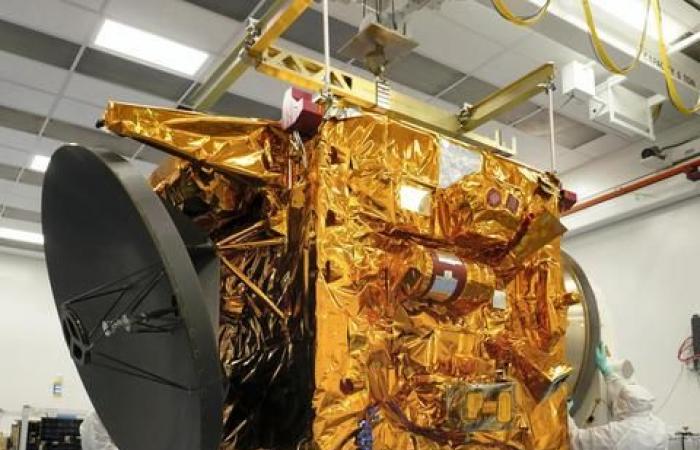 Hind Al Soulia - Riyadh - The world's tallest building lit up briefly with a countdown timer as the UAE prepares to launch its Hope probe for a mission to Mars.

Red lights were beamed on to Burj Khalifa on Sunday as the world awaits the lift-off on July 15.

The launch will take place at 12.51am (UAE time) on Wednesday.

People can watch the live stream on the official mission website.

The live stream is available in English and Arabic, and has options for with or without commentary.

The mission remains on schedule and several weather checks will be carried out in advance to ensure a smooth lift off.

Latest updates show the probe, which is now inside the payload fairing, is in the process of being mounted on top of the rocket.

The rocket will be rolled out to the launch pad soon in a 30 to 40-minute-long operation to protect it and the craft from possible damage.

Sarah Al Amiri, president of the UAE Space Agency and deputy project manager of the mission, confirmed that all systems were "go" for the launch on Wednesday midnight.

“The spacecraft is ready for launch and all of the systems are now at a level that is ready to be launched,” she said.

“We also checked the ground segment and the operations in mission control and they are ready to accept the spacecraft after launch.

“The final checks are currently ongoing on both the launch vehicle and mission control. We are ready to launch as scheduled early in the morning on July 15.”

The mission will blast off from Japan and is intended to be the first probe to provide a complete picture of the Martian atmosphere when it reaches the planet's orbit in 2021.

The aim is to help answer questions about the planet, with studies of its lower and upper atmosphere.

The project has been in the works since 2014 and cost Dh735 million, from its conception through to its design, construction and launch.

These were the details of the news Burj Khalifa lights up to mark UAE Mars Mission's countdown for this day. We hope that we have succeeded by giving you the full details and information. To follow all our news, you can subscribe to the alerts system or to one of our different systems to provide you with all that is new.