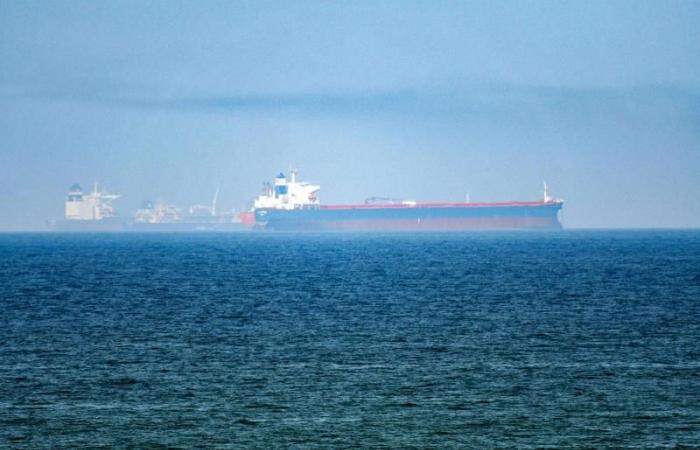 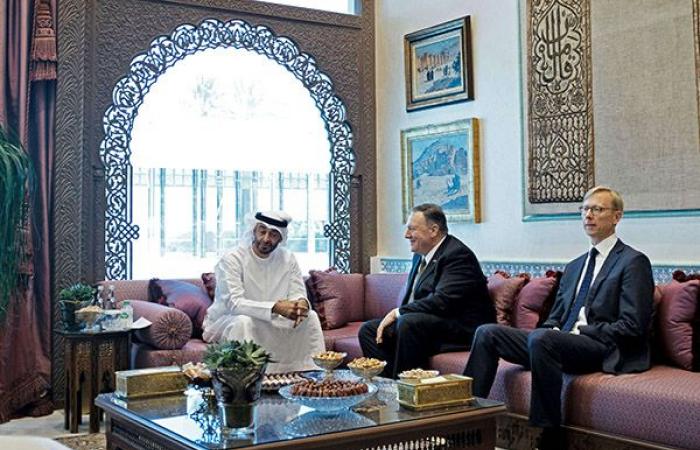 We show you our most important and recent visitors news details UAE, US hold talks in Abu Dhabi on regional security issues in the following article

Hind Al Soulia - Riyadh - A file picture shows tanker ships in the waters of the Gulf of Oman off the coast of the eastern UAE emirate of Fujairah. (Reuters)

During the talks, the issue of preserving stability and security in the region was discussed as a major axis for the strategic partnership between Abu Dhabi and Washington, with the two countries voicing a common stand against the threat that Iranian activities pose to the region.

“The two sides discussed extending the UN arms embargo on Iran, which expires on October 18, 2020,” according to a statement by the US State Department.

“Special Representative Hook updated Emirati officials on diplomatic efforts to extend the embargo and they discussed the risk of an arms race in the region if the embargo is not renewed,” the statement added.

During the meeting, Sheikh Abdullah denounced Iran’s continued interference in the affairs of Arab countries and emphasised the UAE’s interest in deepening cooperation with the US across all fronts.

He noted that both countries share a commitment to “defeat extremism in all of its forms, in order to create more tolerant and peaceful societies.”

For his part, Hook stressed the importance of the bilateral relationship with the UAE and assured Sheikh Abdullah of continued efforts to advance strategic cooperation.

Hook’s tour of the region, including his visit to Abu Dhabi, indicates Washington’s desire to accelerate efforts towards preventing Iran from acquiring more weapons that it could use to threaten stability in the Middle East and fuel conflicts in some parts of the region.

Iranian arms have turned up in Yemen, where Tehran-backed Houthi mlitias have been fighting a Saudi-led coalition.

In an interview with the Associated Press Sunday, Hook said that an expiring United Nations weapons embargo on Iran must remain in place to prevent it from “becoming the arms dealer of choice for rogue regimes and terrorist organizations around the world.”

He added that the world should ignore Iran’s threats to retaliate if the arms embargo set to expire in October is extended, calling it a “mafia tactic.”

The UN arms embargo so far has stopped Iran from purchasing fighter jets, tanks, warships and other weaponry, but has failed to halt its smuggling of weapons into war zones.

Despite that, Hook argued both an import and export ban on Tehran must remain in place to secure the wider Mideast.

“If we let it expire, you can be certain that what Iran has been doing in the dark, it will do in broad daylight and then some,” he said.

The United Nations banned Iran from buying major foreign weapon systems in 2010 amid tensions over its nuclear programme.

That blocked Iran from replacing its ageing equipment, much of which had been purchased by the shah before the 1979 Islamic Revolution. An earlier embargo targeted Iranian arms exports.

If the embargo is lifted, the US Defense Intelligence Agency predicted in 2019 that Iran likely would try to purchase Russian Su-30 fighter jets, Yak-130 trainer aircraft and T-90 tanks.

Iran long has been outmatched by US-backed Gulf nations like the UAE, which have purchased billions of dollars of advanced American weaponry.

In response, Tehran turned toward developing ballistic missiles as a deterrent.

These were the details of the news UAE, US hold talks in Abu Dhabi on regional security issues for this day. We hope that we have succeeded by giving you the full details and information. To follow all our news, you can subscribe to the alerts system or to one of our different systems to provide you with all that is new.