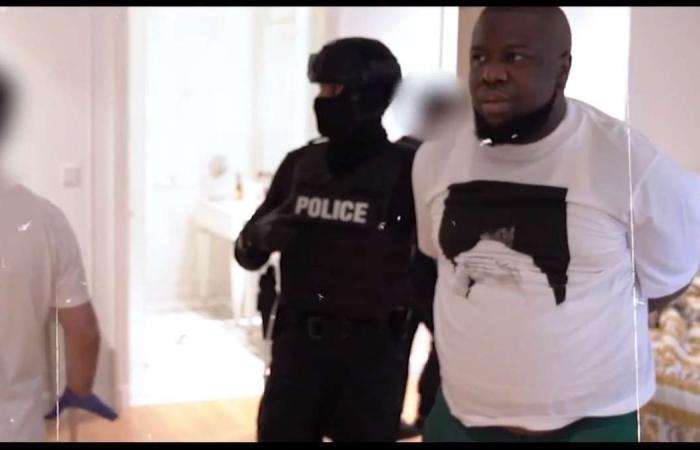 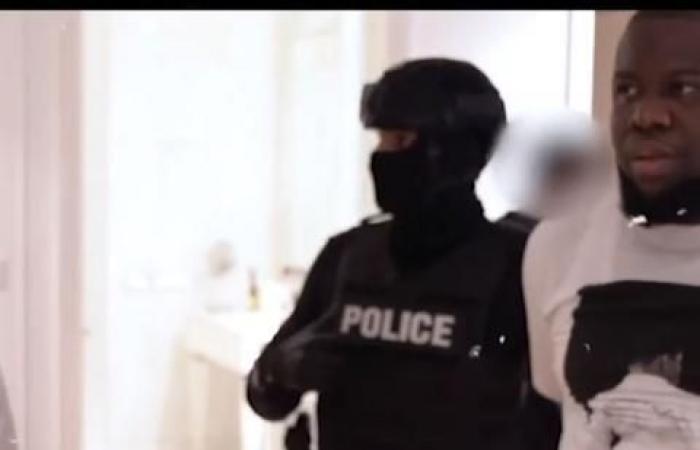 In a video shared by police, officers explained how they arrested Raymond Abbas, better known as Hushpuppi.

The Nigerian is accused of creating websites that appear identical to those of well-known companies and banks.

People were sent emails and messages that prompted them to log in or make payments on the fake sites.

Mr Abbas is accused of being part of a gang that hacked corporate emails and directed huge payments to accounts they controlled.

Olalekan Jacob Ponle, known as Woodberry, was also arrested along with 10 other men in an operation that involved six police teams.

Police confiscated 13 luxury cars, valued at about Dh25m, 21 computers and 47 smartphones during the raid.

They said the email addresses of 800,000 people were found and Dh1.6 billion could have been stolen from victims of the alleged scam.

The operation was called Fox Hunt 2, after a raid Dubai Police carried out in February on an African cyber-crime gang accused of stealing Dh32m in a similar scam.

Mr Abbas, who has more than two million followers on Instagram, is accused of posing as a property investor and businessman.

Posts on his account suggest a lavish lifestyle, with images of him taking trips on a private jet, wearing Louis Vuitton tracksuits and a Dh550,000 Richard Mille watch, and posing outside the Four Seasons hotel in Paris.

A video of a wedding in Dubai attended by Nigerian celebrities, which made headlines in his home country, showed Mr Abbas dancing as he threw $100 notes into the air.

Dubai Police CID chief Brig Jamal Al Jalaf said he posed as a successful businessman “celebrating his wealth via social media platforms, in an attempt to lure victims from all over the world”.

“The suspects targeted victims overseas by creating fake websites for well-known companies and banks in a bid to steal victims’ credit card information and then launder the stolen money,” Brig Al Jalaf said.

Last week, a senior prosecutor told The National that "initial information includes that he was part of this gang which fraudulently obtained cash and cars from people".

He said the prosecution investigations were only beginning.

Mr Abbas is also accused of committing fraud in Europe, the US and Nigeria.

Emirati police have in recent months focused on organised crime gangs found to be operating in the country.

Nordin EH, a Belgian-Moroccan, faces various drug charges and was linked to cocaine smuggling and hand-grenade attacks on rivals in Antwerp.

In December, suspected Dutch crime lord Ridouan Taghi was arrested in connection with 11 murders in the Netherlands.

He was alleged to be behind a third of Europe’s cocaine trade and is rumoured to have made €100m (Dh412m) from dealing drugs.

This month Amir Faten Mekky, an international gang leader wanted by Interpol, was arrested in Dubai.

Mekky was associated with Taghi and the Angels of Death gang and was wanted in connection with two murders and arson attacks in southern Spain.

These were the details of the news Dubai Police reveal role in arrest of alleged fraudster Hushpuppi after Dh150m seizure for this day. We hope that we have succeeded by giving you the full details and information. To follow all our news, you can subscribe to the alerts system or to one of our different systems to provide you with all that is new.