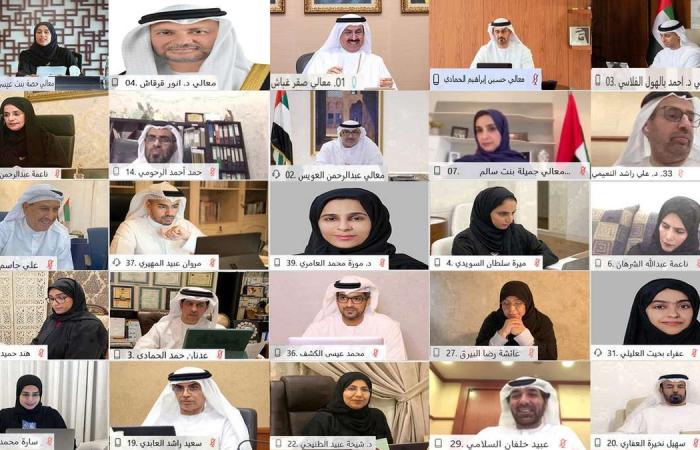 Thank you for your reading and interest in the news Coronavirus: will free Zoom calls be banned in UAE after Covid-19? and now with details

Hind Al Soulia - Riyadh - Federal National Council members are to seek answers from the UAE's telecommunications authority on whether the lifting of restrictions on some free video calling services will remain in place in the post-Covid-19 age.

Council representatives will discuss the future of voice over internet (VoIP) apps such as Microsoft Teams and Zoom, which have proved hugely popular in recent months, at their latest meeting on Wednesday.

The UAE removed its ban on some services in March in response to the impact of the pandemic, which has forced many employees to work from home and conduct meetings remotely.

The video calling services have also allowed people to remain in contact with friends and family based overseas and provided a lifeline to those who have relatives stranded abroad due to restrictions on air travel.

But many employees are now slowly heading back to workplaces as safety measures are eased, with Dubai announcing all government workers can return to offices on June 14.

Representatives of the Telecommunications Regulatory Authority and communication firms du and Etisalat will be quizzed at the meeting.

“We will be asking whether virtual calls will be banned after the crisis or if they will they continue,” said FNC member Aisha Al Yateem.

“We will also propose recommendations regarding the initiatives introduced by telecommunication companies to enhance services during the current situation, and how to deal with challenges facing this vital sector.”

In March, the Telecommunications Regulatory Authority (TRA) said "exceptionally and until further notice" the Microsoft's Skype for Business and Google Hang Out apps would work via fixed line internet networks.

"In the context of the current situation" and with the aim of supporting distance learning amid the closure of schools and universities and the growing number of people working from home, "the TRA, in co-ordination with the UAE telecom operators, announces the availability of a group of applications," a statement from the regulator said.

The TRA said it would "periodically" review the list.

The council will also focus on questioning Etisalat and Du representatives on their plans to provide suitable jobs for people with special needs and recruit more Emiratis to their ranks.

The issue of access to free online calls in the UAE has been previously raised at the council.

In 2016, former FNC member Saeed Al Remeithi, questioned the authority about blocking internet voice calls. He said the UAE should have the same online rules as any developed country and all features should be open to everyone.

Also during Wednesday’s session, FNC member Ahmed Al Shehhi will be asking the Minister of State for Youth Affairs, Shamma Al Mazrui, what is being done to restore a youth scientific centre that was shut down in Ras Al Khaimah last year.

The facility has been serving the youth of the emirate as a fitness social hub and youth hostel since 1982.

In 2015, it became known as the scientific club, “where young people got creative with technological innovations”, said the member.

However, in 2019, the minister issued a decision to shut down the centre.

“Now it has turned into an abandoned place,” said Mr Al Shehhi.

“So I want to hear from the minister why it has been shut down?”

The member said he expects the reply will be that “the building was worn out and unhealthy”.

“So I would like to know what is being done to replace it with a new building?”

The session will be held virtually.

These were the details of the news Coronavirus: will free Zoom calls be banned in UAE after Covid-19? for this day. We hope that we have succeeded by giving you the full details and information. To follow all our news, you can subscribe to the alerts system or to one of our different systems to provide you with all that is new.