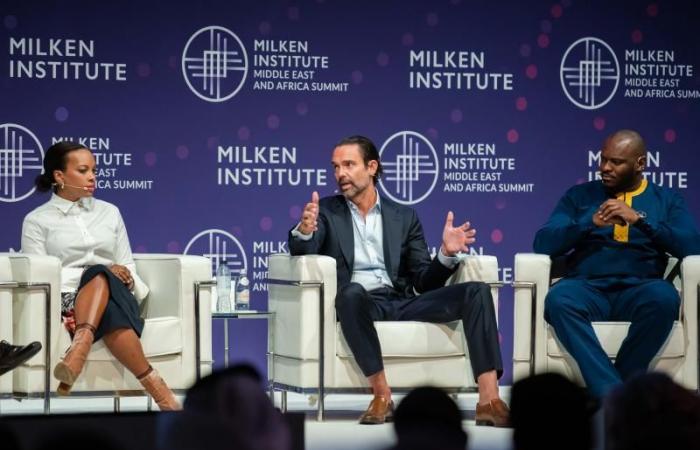 We show you our most important and recent visitors news details Global leaders address health, well-being at Abu Dhabi event in the following article

ABU DHABI - From the future of health, finance and energy to women’s empowerment, wellbeing and food, more than 1,500 international and regional leaders discussed their changing world in Abu Dhabi.

The two-day event, organised by US economic think-tank the Milken Institute, included private and public action-oriented meetings and solutions-focused conversations.

“Gulf countries moved on with education at such a fast pace that is really interesting for society,” said Baria Alamuddin, editor-in-chief of Media Services Syndicate, during a talk titled “How to Boost the Local Economy? Just Add Women.”

“This also allowed women’s participation in the economy to [develop] faster, although it still needs a lot because it’s about 18-20% region-wide, differing between states. But it’s incredible, even ministers in the UAE are women today.”

She spoke of an urgent need for women in the workforce to be provided with childcare. “Women as heads of state will also lead to less conflicts and wars, which we have too much of nowadays, starting with the US,” she added.

Lamees Hamdan, former curator of the UAE Pavilion at the Venice Biennale, mentioned the need for more support for female entrepreneurs in the region, adding that she was only able to access a loan for her business after the government helped.

“If you’re going to leave it to the private sector, I don’t think they’re going to make changes,” she said. “Having women in positions of decision-making is very important but everything changed with digital and social media and there’s more democracy in launching a company no matter the gender. It’s a great time for people with ideas who don’t necessarily have the contacts.”

She spoke of the ease of doing business and scaling up in the United States, where a uniform system exists, as opposed to the Gulf Cooperation Council (GCC). “It’s a huge country compared to the UAE,” Hamdan said. “Every single GCC country has its own rules and regulations.”

For women globally, the status quo needs to be revamped, said Kerry Kennedy, president of Robert F. Kennedy Human Rights. “It’s not working because there is an institutional proclivity to put men on the board and as CEOs and we have to stop that,” she explained.

Norway set a goal 15 years ago to have its public boards include at least 40% women. Today, that figure is 42%.

“This is because, once they put women on the board, they saw how great it was so it’s about the mandate,” Kennedy said. “It’s not going to work by just letting the market do it itself because it’s not working for women’s empowerment.”

Experts spoke of the food revolution fuelled by shifting consumer preferences, emerging nutrition science, geopolitical changes and health and environmental crises. “We can tap into a lot of tools and technologies that are coming online,” said Matthew Crisp, president and CEO of Benson Hill.

“This was inaccessible 10 years ago to companies outside of three multinational organisations. The cost curve around technologies, such as artificial intelligence, machine learning, the cloud and data analytics, have collapsed and, for the first time, they’re becoming accessible to such companies.”

The United Arab Emirates recently jumped ten spots in the Global Food Security Index because of what UAE Minister of State for Food Security Mariam Almheiri called political will.

“It is there, along with partnerships and passion,” she said. “All are vital for food security. We’re going through a paradigm shift with how we eat and how we grow food.”

Participants debated how the Fourth Industrial Revolution is transforming society, although obstacles remain.

“You can’t combine different data sets between government and the private sector in many countries,” said Taavi Kotka, founder of Proud Engineers in Estonia. “It’s as simple as that. China and Sweden are very similar but Germany says it’s a big privacy concern, which is totally wrong. It’s like asking someone to build a car but you can’t use the wheels.”

Officials from Masdar in Abu Dhabi spoke of the development of renewables, with a total of 5 gigawatts of installed power and projects in 30 countries. “There’s a huge opportunity within the sector,” said Niall Hannigan, chief financial officer at Masdar, during a panel discussion titled "The New Energy Order: A Shift Towards Renewables."

“What we are seeing as well is that investors are looking for a stable transparent framework, underpinning the wider GCC market. You have the ingredients that will continue to fuel the growth and we see that continuing, along with the emergence of megaprojects that create opportunities for individual developments and the development of private corporate offtakes.”

High-ranking public figures from throughout the Middle East and Africa were joined by current and former US government officials, along with CEOs, educators, health-care experts and influencers in the arts and culture.

Experts included spiritual guru Deepak Chopra, CEO of the Chopra Institute; and Paul Ryan, former speaker of the US House of Representatives, as well as Prince Turki Al Faisal bin Abdulaziz Al Saud, chairman of the board at the King Faisal Centre for Research and Islamic Studies.

These were the details of the news Global leaders address health, well-being at Abu Dhabi event for this day. We hope that we have succeeded by giving you the full details and information. To follow all our news, you can subscribe to the alerts system or to one of our different systems to provide you with all that is new. 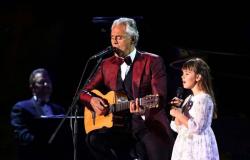 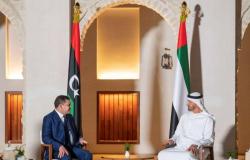 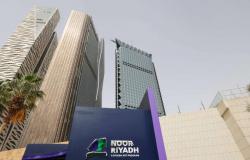