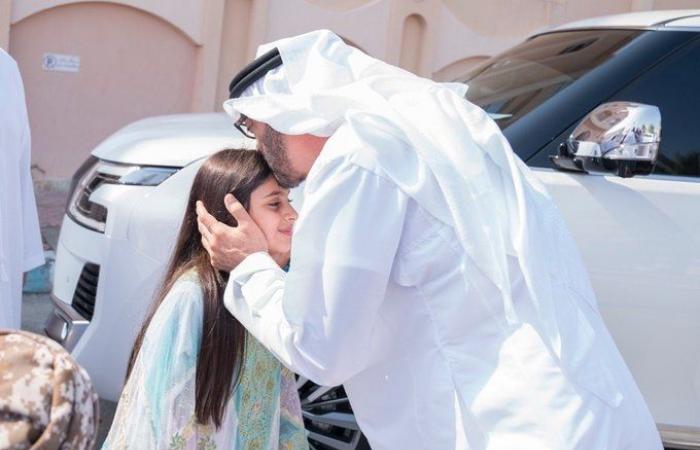 Thank you for reading the news about Video: Sheikh Mohamed surprises Emirati girl on UAE National Day; here's why and now with the details

The special love and affection His Highness Sheikh Mohamed bin Zayed Al Nahyan, Crown Prince of Abu Dhabi and Deputy Supreme Commander of the UAE Armed Forces, has for children is well known. But on the occasion of the UAE National Day, the Crown Prince made an extraordinary gesture to make up to a little Emirati girl, who he inadvertently ignored at a public function.

Sheikh Mohamed had missed the stretched-out hand of Aisha Mohammed Mushait Al Mazrouei during the official reception for Saudi Crown Prince Mohammed bin Salman bin Abdlulaziz who was visiting the UAE last week. A video shared by Sheikh Abdullah bin Zayed Al Nahyan, Minister of Foreign Affairs and International Cooperation, on Twitter showed Sheikh Mohamed greeting children and walking past the girl who stood there last in line, extending her hand to him.

But that fleeting moment of disappointment turned into one of the most memorable moments for Aisha when the Crown Prince visited her on Tuesday, and spent quality time with her. In a series of photos shared by Sheikh Mohamed himself, he could be seen meeting Aisha and kissing her hand and forehead while interacting with the family members.

Al Mazrouei and her family expressed their happiness at Sheikh Mohamed bin Zayed's visit, which reflects the deep ties between the country's leadership and people.

These were the details of the news Video: Sheikh Mohamed surprises Emirati girl on UAE National Day; here's why for this day. We hope that we have succeeded by giving you the full details and information. To follow all our news, you can subscribe to the alerts system or to one of our different systems to provide you with all that is new.