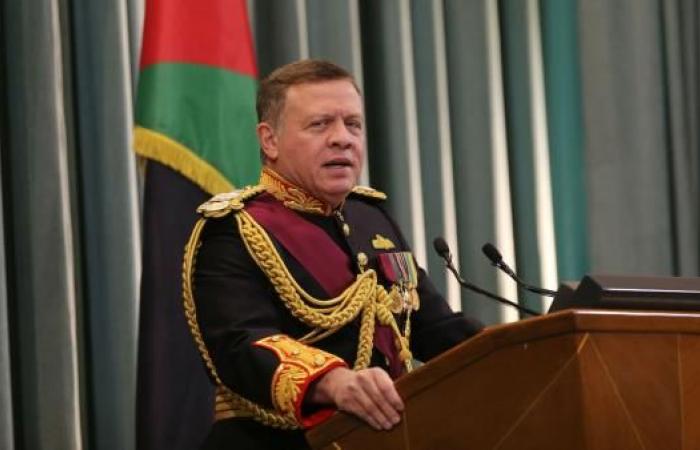 Aden - Yasmine El Tohamy - King Abdullah of Jordan on Monday warned that the Islamic State group was regrouping and was once again on the rise in the Middle East.

Months after the ousting of IS last year from their last Syrian holdout, Abdullah said his "major concern is that we have seen over the past year the re-establishment and rise of Isis, not only in southern eastern Syria but also in western Iraq.

"We have to deal with the reemergence of Isis," the king added in an interview with TV channel France 24 ahead of talks this week in Brussels, Strasbourg and Paris. He also said many foreign fighters from Syria were now in Libya.

"From a European perspective, with Libya being much closer to Europe, this is going to be an important discussion in the next couple of days," Abdullah said.

"Several thousand fighters have left Idlib (Syria) through the northern border and have ended up in Libya, that is something that we in the region but also our European friends will have to address in 2020."

Regarding last week's spiking of tensions between Iran and the United States, Abdullah said he hoped that "in the next several months we set the right tone for the region, which is really to bring the temperature down".

"So far it looks like de-escalation, we hope that that continues to be the trend. We can't afford instability in our part of the world.

"Whatever happens in Tehran will affect Baghdad, Amman, Beirut, the Israeli Palestinian process."

Abdullah added that the recent deployment of Turkish troops in a training capacity to Libya "will only create more confusion" in the country.

Both sides in Libya's conflict agreed to a ceasefire from Sunday to end nine months of fighting, following weeks of international diplomacy and calls for a truce by power-brokers Russia and Turkey.

A UN report in November said several countries were violating the arms embargo on Libya in place since the overthrow of Moamer Ghadaffi in 2011.

Jordan and the United Arab Emirates have regularly supplied the forces of Libyan military strongman General Khalifa Haftar, who is backed by Turkey's regional rivals - Saudi Arabia, Egypt and the UAE.

Jordan, whose stability is seen as vital for the volatile Middle East, hosts some 1.3 million refugees from neighbouring war-torn Syria.

These were the details of the news King of Jordan warns of Islamic State return for this day. We hope that we have succeeded by giving you the full details and information. To follow all our news, you can subscribe to the alerts system or to one of our different systems to provide you with all that is new.