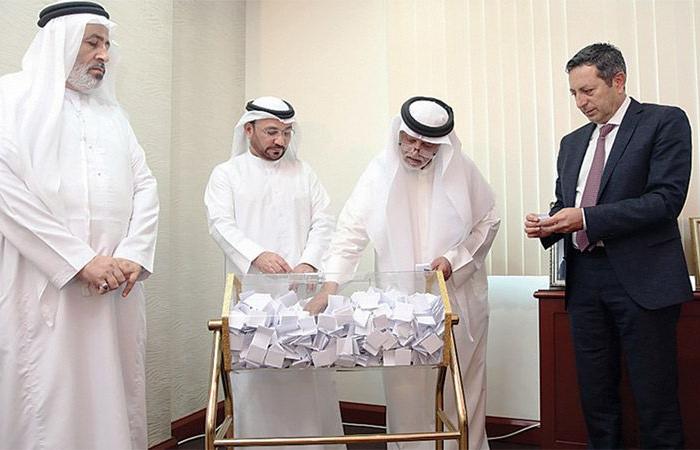 Hello and welcome to the details of Ramadan competition winners revealed; 30 nationalities took part and now with the details

BuMelha made the announcement in the presence of Raed Barqawi, Executive Editor-in-Chief of Al Khaleej newspaper, and a number of jury members in a press conference held on Tuesday at Dubai International Holy Quran Award headquarters in Dubai.

BuMelha explained that the competition comprised 85 questions over 29 days of the holy month of Ramadan with each episode containing more than a question or two questions.

People belonging to around 30 nationalities from inside and outside the UAE participated in the competition, he said, noting that the competition had an original committee and a subcommittee.

The 10-member subcommittee was assigned to studying the contestants’ solutions and coming to a conclusion, he said, adding that the contestants were filtered into top 10 winners after considering the solutions for around 4 times and presenting the results to the original committee for approval. Each of the top 10 winners won Dhs100,000 of the total amount of the prize of Dhs1 million, he said.

BuMelha revealed that as many as 2,000 people participated in the competition, whose cost totaled Dhs3 million including the amounts to be given to the top 10 winners and the Umrah packages for 100 people and other administrative expenses.

The Umrah trips were set to coincide with the school holidays between March 28 and April 4, 2020, he added.

He also thanked BuMelha and the jury members for their efforts in order for the competition to be well organized in such a manner that reflects HH Sheikh Mohammed’s vision and goals.

Earlier this year, the Dar Al Khaleej annual conference honoured the winners of the Taryam and Abdullah Omran Press Award. The conference was themed “The Emirati woman… Social Standing and Empowerment.’’

An outstanding group of dignitaries attended the conference, which began with a speech by Sheikh Nahyan Bin Mubarak Al Nahyan, Minister for Tolerance, followed by a welcoming speech by Khaled Abdullah Omran Taryam, Chairman of Dar Al Khaleej. Sheikh Nahyan began by thanking Dar Al Khaleej, which has been undertaking great responsibilities through the years. He then affirmed the Emirati woman is keen to reinforce the Emirati identity with her amazing abilities of innovation, creativity, serious desire to work and initiate, strong resolve to perform and successfully accomplish.

Sheikh Nahyan added, “The Al Khaleej annual conference has become a very great and important cultural event, embodying the national affiliation of all in charge of Dar Al Khaleej and affirming their obvious keenness to study the successful march of the UAE, realising all the successive developments, seeking to influence positively these developments, to achieve progress and prosperity of the UAE, the glory and prosperity of the nation, and peace and stability around the whole world.’’

He said that the conference is a valuable occasion where people express pride in Dar Al Khaleej and celebrate together the fragrant anniversary of its creators, the distinguished brothers, the Late Dr Abdullah Taryam and his brother, the Late Taryam Omran Taryam.

These were the details of the news Ramadan competition winners revealed; 30 nationalities took part for this day. We hope that we have succeeded by giving you the full details and information. To follow all our news, you can subscribe to the alerts system or to one of our different systems to provide you with all that is new.