The discovery of a huge star planet near Earth 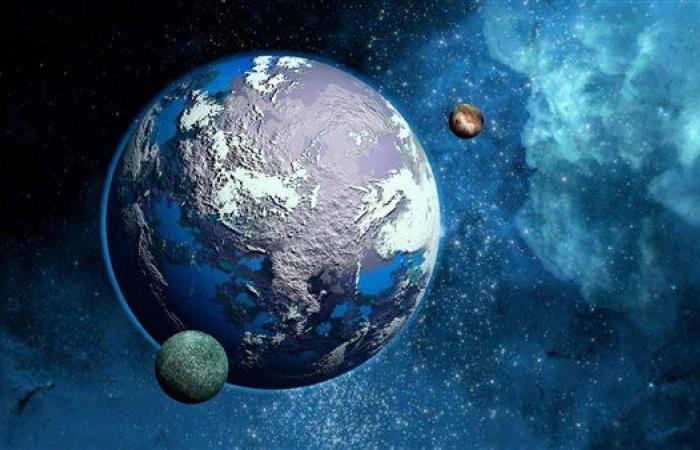 Astronomers have discovered a planet previously thought impossible by some, orbiting a massive and extremely hot star system, and the planet orbiting the b Centauri star system is challenging assumptions about where planets might form, according to a digitaltrend technical report.

The b Centauri system is located in the constellation Centaurus, 325 light-years away, and consists of two stars with a combined mass of at least six times the mass of our Sun.

Massive stars also tend to be very hot, as in this system, where its main star is three times hotter than the sun, this combination of massive and extremely hot stars is not suitable for planet formation, and so far no planets have been discovered orbiting a star Its mass is more than three times the mass of the Sun, but in the case of b Centauri, there is a planet orbiting Jupiter about 100 times the distance detected with the European Southern Observatory’s Very Large Telescope.

Finding a planet around B Centauri was very exciting because it completely changes the picture of massive stars as host planets,” Markus Jansson, an astronomer at Stockholm University, Sweden, said in a statement.

“B-type stars are generally considered to be very destructive and dangerous environments, so it was thought that it would be very difficult to form large planets around them.” As befits a body orbiting a massive star, the planet itself is also huge, and Jupiter has an estimated mass of ten times, making it one of the largest exoplanets discovered so far, and astronomers speculate that the planet was able to withstand the high temperatures and harsh radiation emitted by the stars. Because it’s spinning too far from it.

The entire system is an interesting contrast to our solar system and the more famous exoplanets. “The planet in B Centauri is an alien world in a completely different environment from what we experience here on Earth and in our own solar system,” co-author Gayathri Viswanath, PhD, said. It is also a harsh environment dominated by intense radiation, where everything is on a gigantic scale: the stars are larger, the planet is larger, the distances are greater.”

These were the details of the news The discovery of a huge star planet near Earth for this day. We hope that we have succeeded by giving you the full details and information. To follow all our news, you can subscribe to the alerts system or to one of our different systems to provide you with all that is new.