Apple releases iOS 15 and iPadOS 15 updates to users on... 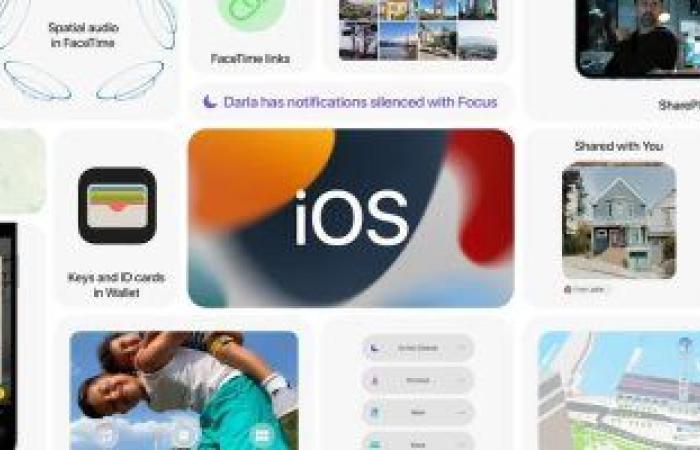 Apple announced that it will release iOS 15 and iPadOS 15 on September 20, as the company announced free new operating system updates at WWDC 2021 earlier in June, and offered public betas over the summer.

Both new versions of iOS and iPadOS offer a range of features, with Headlines including changes to notifications, such as adding notification summaries, focus modes to create distinct lists of apps and notifications that are allowed to reach users at different times of the day, and improvements to FaceTime that include the ability to Invite Android and Windows users to make calls the first time, and a new look for Safari.

On the iPad, iPadOS 15 finally brings iOS 14 features like a resizable app library and widgets, and other previously mentioned goodies that Apple has planned for iOS 15. As part of the update, Apple is also once again tweaking how multitasking works, with a new menu for split screen, and a “rack” for organizing apps that offer separate windows, like Safari.

It will take a little longer for some features for both iOS 15 and iPadOS 15 to arrive, and Apple says SharePlay, the ability to share video and audio directly via FaceTime calls, is due to be released later this fall.

These were the details of the news Apple releases iOS 15 and iPadOS 15 updates to users on... for this day. We hope that we have succeeded by giving you the full details and information. To follow all our news, you can subscribe to the alerts system or to one of our different systems to provide you with all that is new.