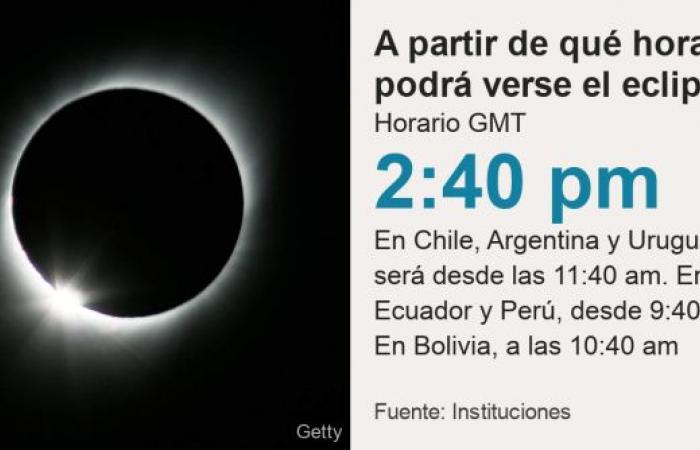 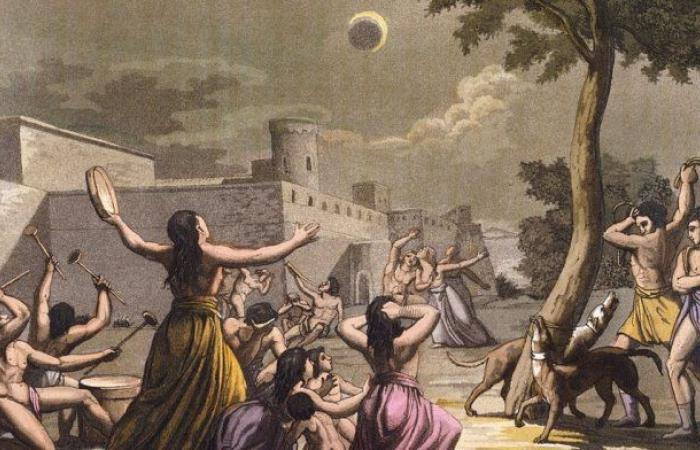 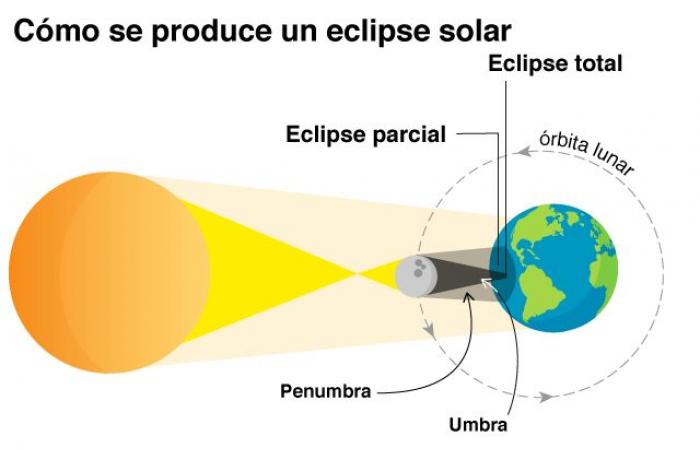 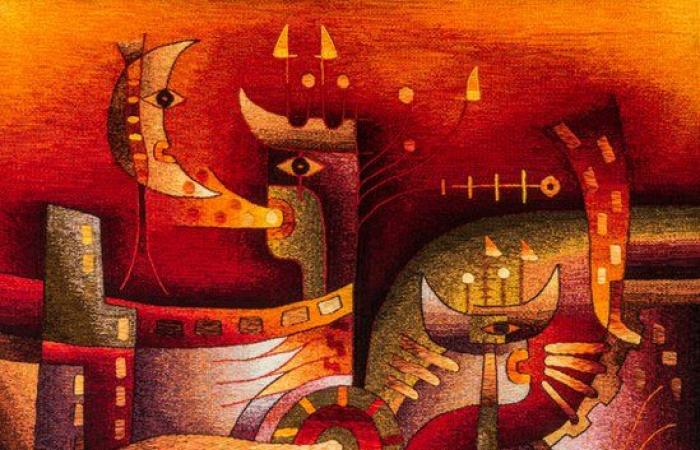 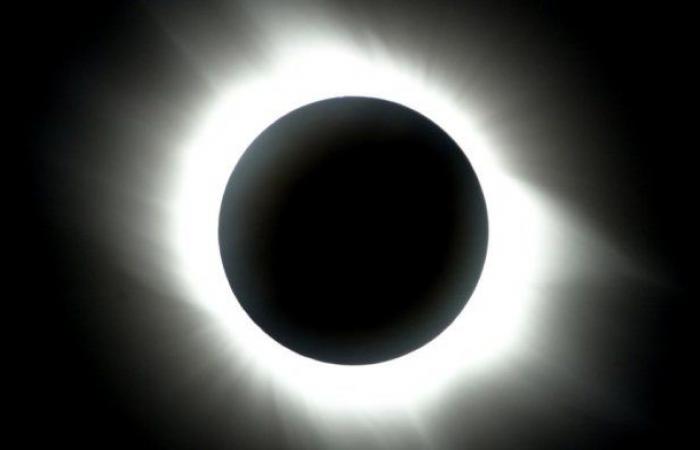 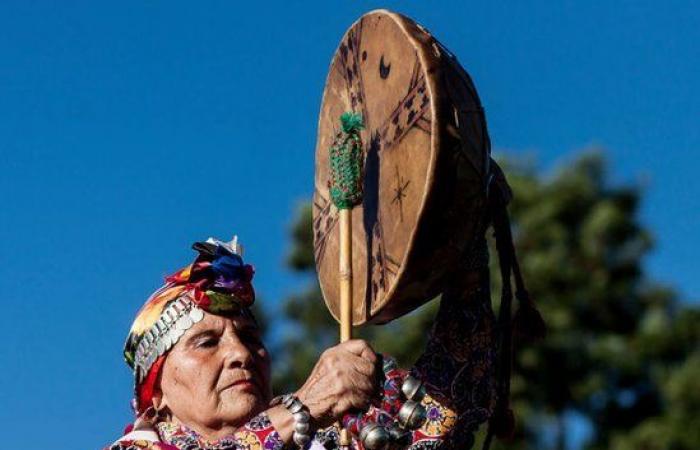 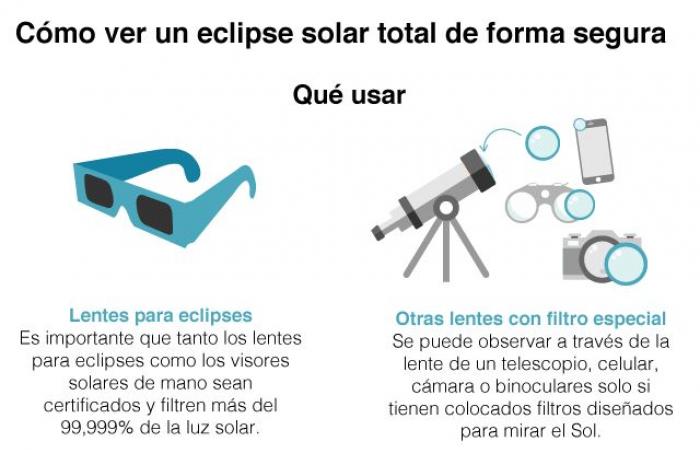 It is one of the most impressive and beautiful natural spectacles. But until not so long ago, he was greeted with deep fear and triggered the most unexpected reactions.

Many enthusiastically await the eclipse of the Sun that on Monday, December 14, will be seen in its entirety in various areas of Argentina and Chile and that can be partially seen in other parts of those countries, in addition to Peru, Bolivia, Uruguay, Paraguay, as well as in the southern Atlantic and Pacific oceans and Antarctica.

That illusion, however, contrasts with the effect that these phenomena had on our ancestors.

Millennial civilizations they felt intense terror to them.

In the history of astronomy of various cultures there are a series of natural phenomena that were always feared: comets, meteors, lunar eclipses and solar eclipses.

Before the modern era, These four phenomena had something in common: they were unpredictable.

However, according to Bradley Schaefer, professor of astronomy and astrophysics at Louisiana State University (USA), to BBC Mundo in 2017, “in all societies around the world, eclipses and comets were the most feared phenomena“.

According to the astrophysicist, “it was interpreted as the omen of the death of the king, the emperor or even as the end of humanity.”

The word “eclipse” derives from a ancient Greek expression that it means “abandonment”and refers to the momentary disappearance of light.

It is that during the seconds or minutes that a total solar eclipse lasts and the Moon completely blocks the Sun, the perspective from Earth is dramatic and that is why it was lived as a bad omen that announced negative events.

This feeling was shared by many cultures although the interpretation of each one was different.

“Every culture, everywhere and on every continent until the beginning of the 20th century, felt like this“Schaefer said.

“Everyone was scared, they were terrified because an eclipse in the sky was the worst prophecy,” he added.

“If you see something happening in the sky, something dramatic like a meteor fall or an eclipse, that can only be a sign from heaven, a message from the gods,” Schaefer imagined, putting himself in the shoes of our ancestors.

In the search for explanations to understand why there was such a coincidence between such distant civilizations, the first idea cited by Schaefer is the fascination and respect that the sky infused as a place where gods or heroes lived.

Another element that ancestral cultures shared, even at different levels, was the worship of the Sun.

“Even in modern Christianity, although not much is said, we have part of that worship, by how we receive the solstices or how we relate Jesus to light“Schaefer noted.

From Babylon to the Mapuches

To understand the scope of these theories, let’s recall some examples of how different civilizations throughout history reacted to total eclipses of the Sun.

The oldest eclipse that has been accurately dated occurred in Babylon, the so-called eclipse of Babylon.

“Day was transformed into night on the 26th of the month of Sivan, in the seventh year of the kingdom and there was a fire in the middle of the sky,” the scriptures narrate.

The eclipse was observed in southern Babylon on July 31, 1062 BC.

Another example is found in the Book of Revelation in the Bible, where the eclipses of the Sun and Moon are related to earthquakes: “And I saw, when the sixth seal was opened, a great earthquake occurred, and the Sun turned black as a weave of horsehair, and the Moon all of it turned to blood“.

In China it was interpreted that the Sun was eaten by dragons, while in Vietnam, by a frog or toad.

Instead, in some regions of West Africa the eclipse was a time when the Sun (male) and the Moon (female) turned off the light to have a romance.

On the other hand, in ancient Greece astronomers were great observers of the phenomenon and that has left several historical records.

In Homer’s classic “The Odyssey”, there is a reference to an eclipse probably observed in 1178 BC at Ithaca: “Y the Sun has died in the sky and an evil mist covers everything “.

In pre-Columbian America there are also myths and legends related to the cosmos and eclipses.

The Mayans and the Aztecs left narratives about star battles between gods for getting the best sites in the universe.

The Mapuches, for their part, they call this fenname To give O Lan antu, witch reffers to a “the death of the sun“.

“Given the importance of the Sun as the main deity, the fact that it lost its strength and was overshadowed generated a lot of fear,” Juan Carlos Beamín, an astrophysicist at the Science Communication Center of the Autonomous University of Chile, told BBC Mundo.

“In particular the machis (Mapuche spiritual women leaders) engage in prayers, calls Nguillatun, in order to appease any negative effects, “he explained.

The total solar eclipse of December 14 will pass through some lands that are the cradle of the Mapuche culture.

Modern society in general shed these fears, but this would not happen until the beginning of the 20th century.

Then popular books appear that explain the phenomenon, it begins to be taught in schools and the eclipse is no longer seen as the end of the world, the death of a god or a king, but as a phenomenon with scientific explanation.

For one thing, they became predictable.

For example, it is known that, after December 14, the next solar eclipse visible from Latin America will happen on October 14, 2023 and it will be void.

On the other hand, the general knowledge of how a solar eclipse happens has spread and is that the Sun, Earth and Moon align in such a way that the latter gets in the way of sunlight before it reaches our planet .

In short it is nothing more than “a heavenly coincidence“as NASA says.

“If you stop to think about it, it’s just a shadow and, ¿who is afraid of a shadow?“said Schaefer.” Once you have a predictable event, it no longer breaks the harmony of nature. “

And when the fear is lost, the show grows.

* This artThe article was originally published on 19 from August from 2017 and updated on the occasion of the solar eclipse of December 14, 2020.

Atime you can receive notifications from BBC Mundo. Download the new version of our app and activate them so you don’t miss out on our best content.

These were the details of the news Total solar eclipse: how did ancient civilizations interpret phenomena like December 14? for this day. We hope that we have succeeded by giving you the full details and information. To follow all our news, you can subscribe to the alerts system or to one of our different systems to provide you with all that is new.