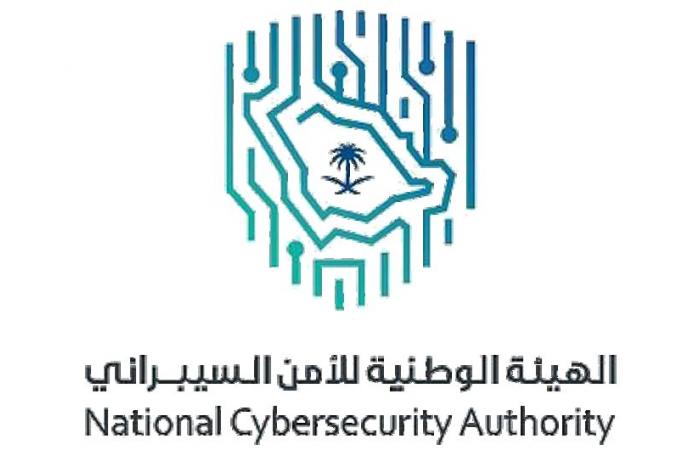 Jeddah - Yasmine El Tohamy - JEDDAH: Viewers across Saudi Arabia and the world tuned in last night to watch the first of the Kingdom’s residents perform Umrah after a more-than-six-month hiatus. It was once impossible to image that the two Holy Mosques would shut their doors to pilgrims and worshippers for so long. With the return of prayers at the Prophet’s Mosque on May 31, the suspense grew and many were anxious to see when Makkah’s Grand Mosque would resume activities as well.
After a grueling wait, royal decrees and safety and protection plans by authorities, the first group of pilgrims appeared on viewers’ screens circumambulating around the Kaaba after midnight on Sunday.
“Seeing the Mataf around the Kaaba filled with pilgrims again, even at minimum capacity, was a sight to behold,” said 30-year-old Dania Ahmed, a private sector employee in Jeddah. “You can sense the intensity of the situation with the months closure and though we’ll gradually be able to perform Umrah again, it’s comforting to see people fill up the blessed place again. They’re the lucky ones and we’ll soon follow suit.”
After the lifting of the ban on performing Umrah, which was imposed months ago due to the outbreak of the coronavirus, 1,000 pilgrims arrived at the Grand Mosque in Makkah.
Preventive measures applied to those entering the Grand Mosque included temperature checks, sanitization operations, smart bands, face coverings and social distancing while performing Umrah rituals.
For the residents of Makkah, used to visiting the Grand Mosque to pray, recite the Qur’an, attend classes or sit across the Kaaba and take in the grand site, it has been a difficult adjustment. For centuries, the city’s residents walked through the mosque’s gates with ease until the coronavirus struck.

Thoraya Abdulghaffar Abulshakour, an elderly resident of Makkah who frequents the Grand Mosque to perform prayers, was in a state of disbelief at being able to return after seven months.

“I longed to visit the mosque, and tears would well up in my eyes every time I saw it on TV,” she said. “The pandemic spread and prevented us from doing many things. It closed our mosques and deprived us of our families, but this was only to protect our health and ensure our safety. Our wise leadership had a great role, and we are proud to live in this country that puts the safety of citizens and residents above all else.”
Abdulghaffar was impressed by the preventive measures implemented inside the Grand Mosque to ensure the safety of pilgrims and staff. She said that these measures and services had been provided for decades, only now they were delivered with more concentration due to the threat of COVID-19 to the community, especially for the elderly.
Abdulghaffar performed the ritual with her son after he successfully applied to do so using the Eatmarna app. “I was delighted to be able to perform Umrah after having not done so for seven months. I live in Makkah and never expected to be able to enter the Grand Mosque for months, but tonight we see pilgrims return amid the distinguished services provided by the General Presidency of the Grand Mosque and the Prophet’s Mosque,” she said.
Abdulwahhab Mohammed Al-Amin, a Yemeni national who lives in Makkah, said that he had been looking forward to the visit, especially after learning that the coronavirus ban on Umrah has been lifted. This prompted him to apply for a permit and be among those in the first group of Umrah pilgrims to enter the Grand Mosque

Al-Amin said: “Since entering the Grand Mosque, I noticed that all services were well provided to me and to the Umrah pilgrims, and the preventive measures were being applied in an organized manner.”
He highlighted that the most notable services had been the high level of cleanliness, the sanitization operations, and the provision of Zamzam water bottles in a safe and orderly manner. He noticed a number of officials supervising the work to ensure it flowed in an organized and competent manner, giving him a sense of calm and ease.
Arriving from Riyadh, Mishaan Al-Harbi, a Saudi national, performed the ritual with his family. He said that seeing the Grand Mosque on television made it easy to apply, especially as he and his wife had always hoped to perform Umrah in an empty Mataf (the circumambulation area around the Kaaba).

• It was once impossible to image that the two Holy Mosques would shut their doors to pilgrims and worshippers for so long.

• With the return of prayers at the Prophet’s Mosque on May 31, the suspense grew and many were anxious to see when Makkah’s Grand Mosque would resume activities as well.

Al-Harbi said that he and his wife were hesitant to bring along their toddler daughter because she might not be allowed to enter the mosque, but things went smoothly and everyone had been helpful throughout the process.
Born and raised in the Kingdom, Saleh Mohammed Hajj, a Pakistani national living in Makkah who was also one of the few that entered the Grand Mosque on the first day, said that he was proud to have been born in Saudi Arabia. He added that he was fortunate to live in a country where people, their health and their safety were a primary goal. “This is evident in the way the Saudi government addressed the pandemic,” he said. “And today, we see these measures and organization, which aim to protect people’s health and ensure their safety.”
Applicants can register on the Eatmarna app and gain access to dates and book time slots in advance.

These were the details of the news Cybersecurity program launched for Saudi graduates for this day. We hope that we have succeeded by giving you the full details and information. To follow all our news, you can subscribe to the alerts system or to one of our different systems to provide you with all that is new. 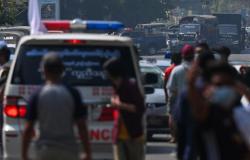 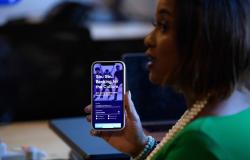 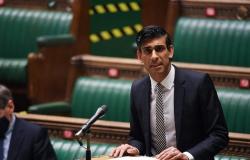 UK’s Sunak will set out plans to raise income tax by $8.36bn: report 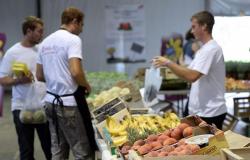 Europe less at risk of inflation and rate fears: analysts