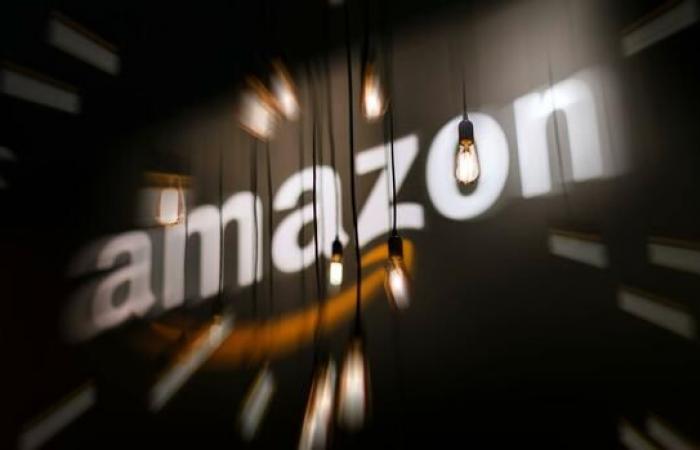 San Francisco, Düsseldorf When Swami Sivasubramanian, vice president of machine learning at Amazon Web Services (AWS), talks about the strengths of Amazon’s vision systems, he thinks of cheese. Two patties of dough flit across the conveyor belts of the Swedish pizza manufacturer Dafgards every second. No one could reliably control the quality during this time.

Smart cameras do that over the belts. Using an algorithm, they instantly recognize whether the machine has sprinkled the right amount of cheese on tomato sauce and frozen dough. “Our customers have to make real-time decisions while guaranteeing high quality,” Sivasubramanian told Handelsblatt.

AWS is the world’s largest cloud computing provider. And benefits from the fact that the trend towards decentralized data processing via the Internet has intensified again in the corona pandemic: AWS sales rose from just under ten billion dollars in the last quarter of 2019 to more than 11.6 billion in the third quarter of 2020 , although the competition from Microsoft and Google’s cloud offering is getting tougher.

According to Sivasubramanian, more than one hundred thousand 100,000 customers around the world use AWS’s machine learning offerings. The Amazon subsidiary is well established in German industry with major customers such as VW and Siemens.

In order to meet customer needs, Sivasubramanian has to think more and more about the cloud. It is not possible to send data from a device to an AWS data center everywhere – either because there is no good internet connection or because at speeds like two pizzas per second there is too little time to wait for feedback from the cloud .

AWS needs to teach devices to do the math themselves. Edge computing is what this type of data processing is called in technical jargon.

At the in-house conference “Reinvent” this Tuesday, AWS boss Andy Jassy will present two products that are supposed to bring the algorithms of his researchers directly to the scene. “Monitron” is supposed to help machines in a factory to identify defects themselves at an early stage. The “Panorama” program, on the other hand, helps cameras to calculate image recognition models themselves so that they do not have to send large amounts of data to the cloud.

Siemens Mobility is one of the first test customers for “Panorama”. The infrastructure subsidiary of the Munich technology group sells hardware and software to cities to measure traffic flows or the use of parking spaces. “Many cities are concerned about the privacy of their citizens,” says Laura Sanchez, innovation manager at Siemens Mobility’s ITS Digital Lab.

“Panorama” helps to protect them. The security cameras hanging over streets or parking lots could count cars through the AWS software and filter out unnecessary information like faces or license plates. For other customers, the AWS software looks for exactly this information in a picture: The oil company BP uses “Panorama”, for example, to give trucks access to its facilities.

The second problem with many systems is internet connectivity. “At intersections we have a lot of cameras that would have to load a lot of data into the cloud – even if only a single image is interesting,” says Sanchez. “Panorama” can identify these individual images and draw the necessary information from them on the camera itself, without the need for a connection to the cloud.

With “Monitron”, Amazon is also thinking beyond the cloud. The product is intended to support industrial customers in the predictive maintenance of machines. Machine learning software detects unusual vibrations or heat on a machine and sends a push notification to a technician, who can then intervene before the machine damages itself. Experts call this predictive maintenance.

For the first time, AWS will also deliver the sensors if required. A starter kit contains five yellow sensors with the Amazon logo. A customer has already installed 50,000 of these in its plants in Europe, says Sivasubramanian. If, on the other hand, a company has already equipped its production lines with its own sensors, “Monitron” can also work with them.

“Monitron” comes from the AWS development center in Aachen, the first test ran in Amazon’s warehouse in Mönchengladbach. Instead of carrying out routine checks on the goods assembly lines on a regular basis, the technicians there can concentrate on specific checks. “There is also no more unplanned downtime, which saves the most money,” says Sivasubramanian.

The first “Monitron” test ran in the warehouse in Mönchengladbach.

One of the first test customers has been the US guitar manufacturer Fender for around a year. “Unplanned outages are twice as expensive: They hold up production and cause a lot of repair work because they have to be put out like a blazing fire under time pressure,” says Fender’s global factory manager Bill Holmes.

AWS is getting closer and closer to the customer, also physically. Two years ago, the company presented “Outpost”, a system that customers can place in their own data center in order to connect the old IT infrastructure with the cloud. Now there are devices for the production hall.

Change of provider only with great effort

For observers, this is the “next logical step”, as René Büst from Gartner says: “The hyperscalers are constantly expanding their vertical range of manufacture, they want to offer a continuous digital value chain.” AWS now has almost everything from the pure infrastructure to the sensor in the portfolio, according to the analyst. With Azure Sphere, Microsoft also offers a device that customers can use locally.

The hardware is usually comparatively cheap from the large cloud providers, emphasizes Büst. AWS, Microsoft and Google earn money with their services – they are linked to the devices. “Customers have to plan that a lock-in could occur,” warns the analyst. That means: If you install the AWS sensors in your factory, you can only switch to another provider with great effort.

Amazon is thus putting companies that also network the industry on the skin. This includes Siemens: On Mindsphere, the Munich Group’s platform, there are also offers for predictive maintenance, which AWS competes with with “Monitron”. Mindsphere is also an AWS customer, the German industrial supplier’s platform also runs on the infrastructure of the American cloud service.

Are industrial companies going into the same dependency on Amazon’s cloud platform that dealers on Amazon’s online trading platform have been complaining about for years? Sivasubramanian rejects the fact that AWS uses sensors and algorithms to bring Trojan horses into factories: “Security and privacy is our top priority,” says the AWS Vice President. The “Monitron” data would be sent to the cloud via a secure connection and stored there securely.

Partner and potential competitor for Siemens

Avoiding the market leader entirely is difficult. Amazon is strong at developing basic technologies such as edge computing. Siemens Mobility has therefore got involved with AWS. In addition to the specific functions of the cloud, the provider’s reputation in the market also helps, says Laryssa Parker, Head of Digital Labs at Siemens Mobility.

Many cities or authorities are familiar with AWS – or they even already know what expectations they can have from Amazon’s solutions. In addition, AWS offers training for Siemens customers. Therefore, the German group basically offers its customers the option of connecting products with other cloud providers. But AWS is the standard solution.

And this, although Amazon could also become a real competitor in the market for smart infrastructure in cities. With Sidewalk, Amazon wants to set up mesh networks between smart devices such as its Echo loudspeakers or Nest security cameras, which should help to solve car thefts or to find lost wallets.

Admittedly, this is still a long way from the business of Siemens Mobility, but “everything seller” Amazon thinks big and is expanding rapidly. Could the partner one day become a competitor for Siemens Mobility? “That’s a fair question,” says Laryssa Parker.

Siemens sees new technologies and competition as an opportunity to develop partnerships “in which every company retains its competitive advantage”. Such partnerships are then “a great way to develop the best product for our customers”.

But Siemens is not naive: The Mobility division uses the panorama product from AWS, but trains its image recognition algorithms itself.

These were the details of the news Amazon subsidiary AWS invades factories for this day. We hope that we have succeeded by giving you the full details and information. To follow all our news, you can subscribe to the alerts system or to one of our different systems to provide you with all that is new.