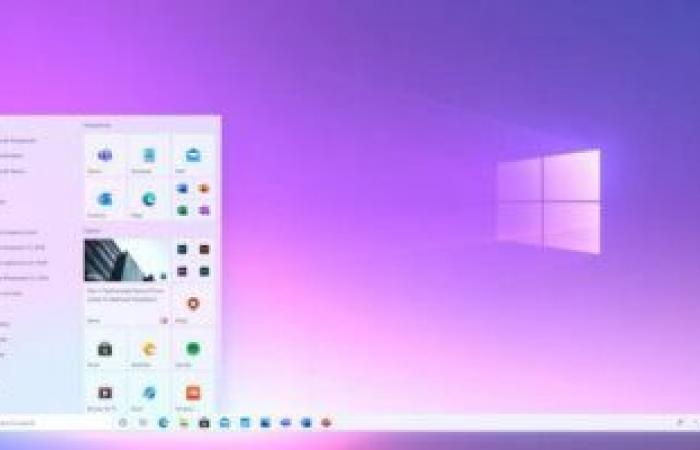 As the twilight of a recent report by the US site mspoweruser that it is expected that Windows 10 21H1 or “Windows 10 version for the first half of 2021” will be a minor update, but the real changes are expected to arrive in the second half of 2021, which will bear the name Windows 10 21H2.

According to the report, the new operating system update will be launched with Microsoft’s new and secret “Sun Valley” user interface, with improvements to the classic File Explorer, Windows Start menu, Action Center and even the taskbar.

WindowsLatest reports now that Microsoft has already begun testing the operating system internally, with Windows 10 Build 21264, and there is a possibility that it will be lagging, given its size and complexity.

On the other hand, Microsoft originally developed Windows 10X to support its ambitions for dual monitors, but development difficulties eventually caused Microsoft to abandon this plan, and in the end it re-targeted the operating system for cheap devices that resemble a single-screen laptop, to compete with ChromeOS .

According to the US site mspoweruser, one of the reasons for Windows 10X suffering was trying to run Win32 applications inside the operating system, with Microsoft’s inability to achieve reasonable performance, while Windows Latest reports now indicate that Microsoft is launching a Windows 10X feature set in December that will not include support For Win32 applications.

Instead, a system will only run PWA and UWP applications, and Microsoft will “preinstall” the PWA versions of Word, PowerPoint, Excel, Teams, Skype, etc., however, Enterprise users will still be able to present virtual Win32 applications over the desktop.

These were the details of the news Microsoft is testing Windows 10 operating system version 21H2 .. Know... for this day. We hope that we have succeeded by giving you the full details and information. To follow all our news, you can subscribe to the alerts system or to one of our different systems to provide you with all that is new.