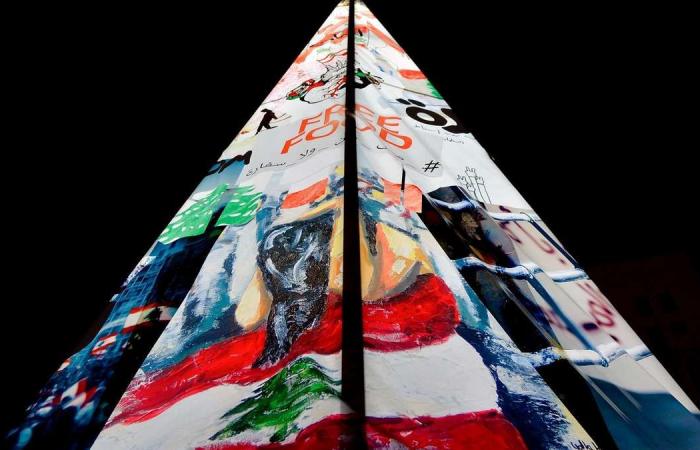 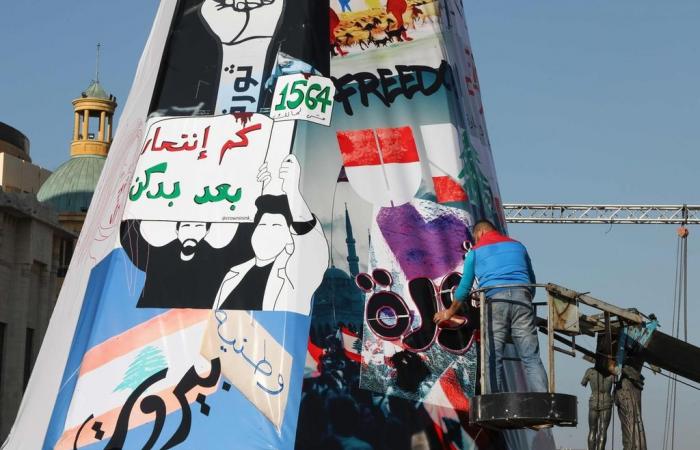 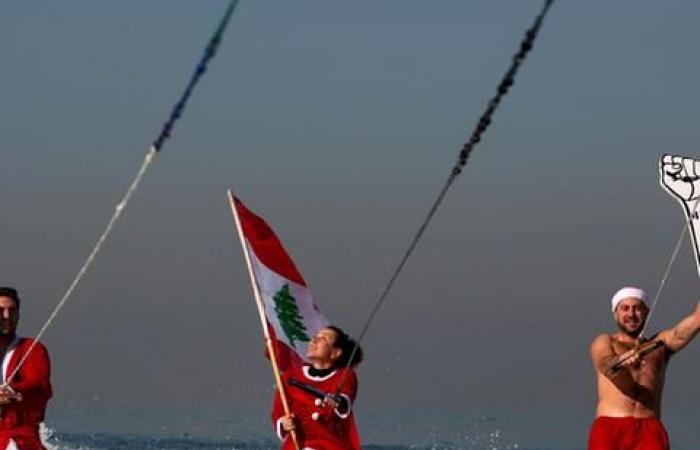 Thank you for your reading and interest in the news This Christmas, Beirut has a revolution tree but hard times felt all around and now with details

This year, amid mass nationwide protests, no official festive symbol has been erected. Instead, protesters, for who the large area that runs the 100 metres or so from the mosque to the Martyr’s Square monument has been the epicentre of their revolution, have built their own.

Fittingly, the tree is made of revolutionary banners. With a purple outline in the centre of the tree is a graffiti ‘Thawra’, Arabic for revolution.

On Saturday evening, protesters and residents gathered to watch the Revolution Tree being lit as the loudspeakers at a nearby stage played Feirouz’s Bhebbak Ya Lebnan (I love you, Lebanon).

In north Lebanon’s Tripoli, the central Al Noori squares tree was burned down by arsonists around the same time that the office of a Sunni religious leader was attacked. The city denounced the move and the municipality swiftly erected a replacement. The suspects behind the arson have been arrested.

For two months, tens of thousands of Lebanese have taken to the streets daily in mass rallies against a political system they say is responsible for a dire financial crisis, years of stagnation, corruption, inequality and lack of public services.

Rafi Tabakian's clothing store in a Beirut suburb is usually buzzing with customers during the holiday season, but with Lebanon's economy in ruins, shoppers are in short supply.

"We've been in business for 30 years, and I've never seen anything like this," he said, adding that sales have dropped 80 per cent in December even though he has cut his prices.

"Now we see customers entering, asking for the price, and then leaving. It's scary," Mr Tabakian, who produces and sells clothes in the densely populated commercial Burj Hammoud neighbourhood of the capital, told Reuters.

Lebanon is suffering its worst economic crisis since the 1975-1990 civil war, leaving streets dimmer and shopping centres emptier, with many stores and restaurants void of customers.

Banks are imposing capital controls, pressure has piled on the pegged Lebanese pound, and a hard currency crunch has pushed importers to hike prices.

Hotel bookings, flights and events have plunged during what is usually a busy commercial season for Lebanon, which has the Arab world's biggest proportion of Christians.

Many from Lebanon's large diaspora normally return home to streets packed with cars and decked out with lights. 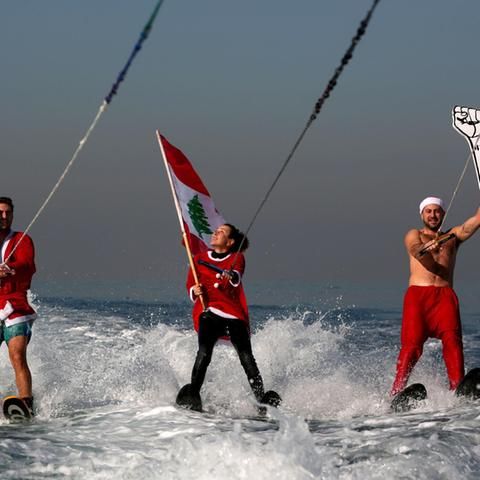 But Pierre Ashkar, the head of Lebanon's hotel association, said December bookings have plummeted from a usual 65-75 per cent occupancy to 7-15 per cent this year.

"Hotels have closed some parts of their buildings, are giving employees unpaid leave and removing services such as free shuttle transportation to the airport to minimize losses."

Some local councils have opted to either re-use old decorations or do without.

"We put up last year's decorations, without adding anything because these are exceptional circumstances," said Raymond Atieh, head of the Jdeideh municipality, north of Beirut.

"The holidays are coming, but they're coming with a pinch. People are angry...People are getting fired, paid half-salaries, or not working," he added.

Charbel Daccache, a priest in Mount Lebanon's largely Christian town of Adma, said it was better to help feed the poor in tough times "than to decorate and throw glitter".

"Some days are harsh, others are better but it's not the end. That's why I tell people, let it be a joyous time."

These were the details of the news This Christmas, Beirut has a revolution tree but hard times felt all around for this day. We hope that we have succeeded by giving you the full details and information. To follow all our news, you can subscribe to the alerts system or to one of our different systems to provide you with all that is new.

PREV Northern Cyprus Prime Minister ousted the President in the second round...
NEXT Christ the Redeemer is lit green in honor of Doctor’s Day;...

World Polio Day: Need for Uninterrupted Vaccination During a Pandemic