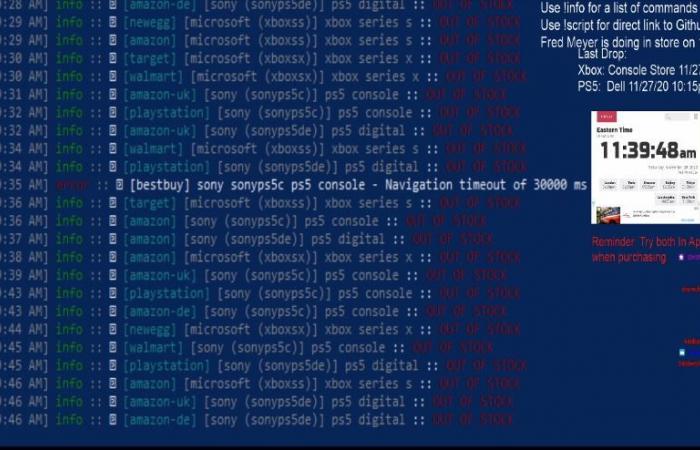 We all remember the rush that happened during the pre-order phase of the Xbox Series X and PS5. The situation is unfortunately still similar, as gamers try to get the latest consoles from Sony and Microsoft. The rush is real this holiday season, as it’s not just other shoppers they have to compete with, but robots and dealers as well. There is no inventory available at almost all online retailers and portals. Subsequently, many failed to buy one for themselves. Further Reading: Cyberpunk 2077 Hints at Another Collaboration After Adidas, Porsche, One Plus, and Others To help customers, a Twitch channel is currently showing available inventory at various retailers like Amazon, Best Buy, GameStop, NewEgg, Walmart. Someone called Cam Ritz owns this Twitch channel called killercam1020. In an interview with Polygon, who reported on this Twitch channel, Cam said he wanted to help others get through this. Apparently, some users have also managed to grab a console, thanks to its channel. “I did this to help others, to be honest. [I] lucked out last night with someone who got one [Sam’s Club], and yesterday I lucked out with a few people who purchased Xbox Series Xs from GameStop. Further Reading: A New Black Ops Cold War Update Could Deploy A New Mode That Hasn’t Been Announced Okay, But How Does The Channel Check Xbox And PS5 Inventory? Killercam1020 uses public software, Street Merchant, to monitor inventory for various retailers. Another major source for this channel is the popular Twitter handle Wario64. This handful informed their subscribers about the availability of Xbox and PS5 inventory in a variety of retail options. However, for now, the feed will offer you nothing but disappointment as you will see various out-of-stock retailers in front of you.

These were the details of the news You can now check Xbox Series X / S and PS5... for this day. We hope that we have succeeded by giving you the full details and information. To follow all our news, you can subscribe to the alerts system or to one of our different systems to provide you with all that is new.