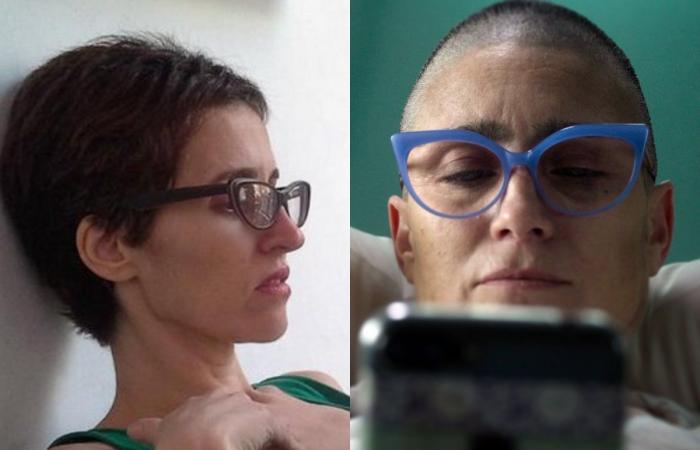 Vázquez, born on April 8, 1972 in Buenos Aires, was an Argentine architect, illustrator and blogger who, after being diagnosed with terminal ovarian cancer, decided to write a book so that her little son would remember her forever. Originally titled The Nippur Notebook, was published six months after his death and became such a bestseller that it forced a second and third edition within days of its release.

It all started on September 19, 2014, when Marie was operated on for advanced ovarian cancer. Upon returning from the hospital, he decided to use his Twitter account to tell with humor and irony how he was going through his harsh reality.

The repercussion that her tweets generated was such that Marie was summoned by the website La Agenda -of the Government of the City of Buenos Aires- to write about her illness. The note, titled The Kimmy Oh show, was the most read of all those published by the magazine in that year.

At the end of March 2015, Marie was admitted and received the news that her condition was terminal. There he returned to Twitter to narrate his last days: “Here I am, hospitalized two days ago. Things took a turn for the worse and there is not much else to do except wait. A matter of days.”

His tragicomic chronicle attracted media attention and interviews were not long in coming. “Humor is not my shield. It is acceptance: death is part of life,” he said in an interview with Leo Montero, two days before his 43rd birthday. As Infobae recalls, it was a telephone interview from the sanatorium, when she was already in palliative care. When his death finally occurred, on April 21, 2015, the news had great repercussion in all the country’s media.

Here is an excerpt from the note written by Marie that shows her strength and her sense of humor to speak without taboos about death:

“You’re going to die. The phrase ‘we have to talk’ is always followed by something terrible, but never like that time. I already knew, two days after the operation that took my uterus, ovaries and several masses to analyze (” Now I am really hollow “) that something was very very wrong but not even the surgeon clearly dared to tell me. He left the mission to my husband, total, we already had to talk so many times, what makes you one more?”

“From here to chemo we have to live thinking that you are going to die and prepare everything that is necessary. Then, quite the opposite, with the blind conviction that you are going to live, that it will work. So I started, We got ready to prepare for the worst: powers of attorney before a notary public, procedures of all colors, a book that I wrote (and continue to write) so that my son can know me if things go wrong. “

“I read in an interview with -do not laugh- Facundo Arana that when he was diagnosed (he had Hodgkin’s disease) he went out and the world seemed technicolor to him. I have to agree with him. Everything feels more powerful and vivid when you’re going to die. You want to feel and taste and love “.

“Having cancer is like having the flu: nothing shameful, only a thousand times worse. Not counting is siding with those who title ‘a long and painful illness’. Feeling ashamed of what? Unless you believe in’ the guilty pirouettes that they blame sick people for their illness’ (Susan Sontag said, I wish the phrase was mine) “.

Read the full note at this link.

Go on to read the interview of Indie Today with Malena Pichot, who also acts in Tomy’s notebook: “Being able to laugh at your tragedies gives you strength.”

These were the details of the news The real story behind the Netflix movie for this day. We hope that we have succeeded by giving you the full details and information. To follow all our news, you can subscribe to the alerts system or to one of our different systems to provide you with all that is new.